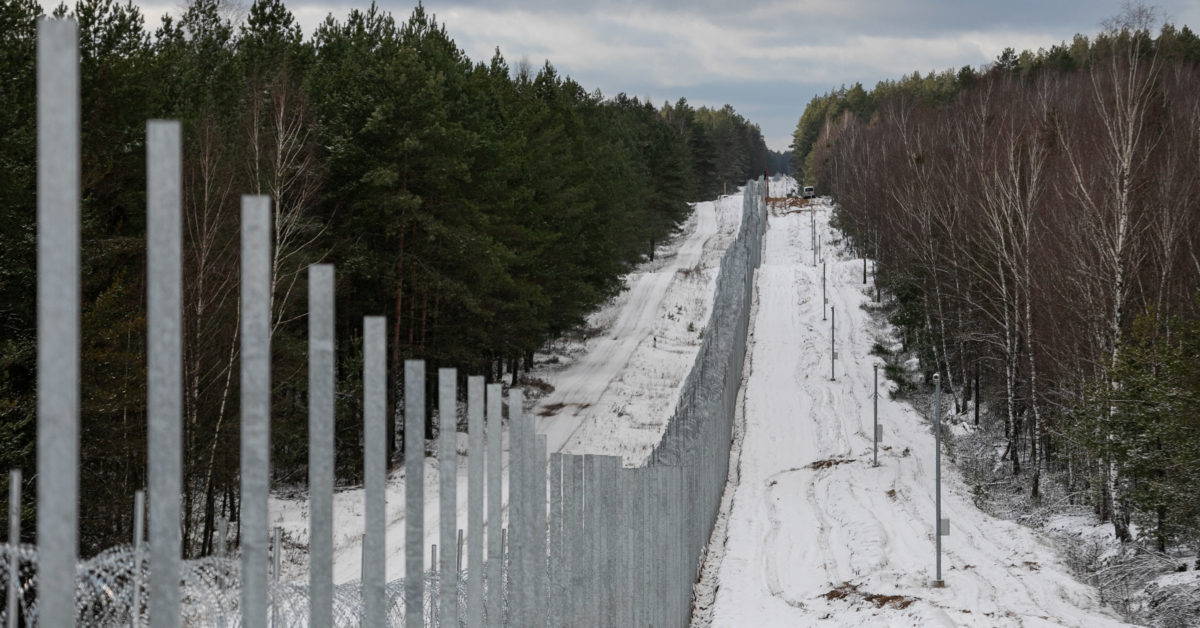 The European Commission on Wednesday unveiled emergency measures to toughen asylum procedures at the Belarus border â€” while simultaneously insisting the situation was now under control, leaving human rights activistsÂ and progressives fuming.Â

EU Commissioner Margaritis Schinas, a top migration official, called the moves â€œtemporary and exceptional,â€ saying they were justified by the extraordinary situation at the Belarus border. EU leaders have accused Minsk of luring migrants from the Middle East and elsewhere to Belarus before pushing them to the border â€”Â a tactic the bloc has dubbed a â€œhybrid attack,â€ using migrants as weapons.

Yet at the same time, Schinas and Home Affairs Commissioner Ylva Johansson, the EUâ€™s other top migration official, also said the situation was easing, and didnâ€™t qualify as a migration crisis.Â

The dual approach â€” taking emergency steps while also saying the emergency had receded â€”Â infuriated humanitarian organizations and left-wing parties. They argued the Commission had simply caved to migration hardliners like Poland, facing the pressure to act with thousands of migrants trying to cross into the EU.

â€œWe are not talking about a major crisis here. Weâ€™re talking about a few thousand migrantsâ€ AgnÃ¨s Callamard, secretary-general for Amnesty International, told POLITICO. â€œWe are [taking away] bit by bit all the rule-of-law system infrastructure that has been built over the last decades.â€

During an almost hour-long press conference on Wednesday, Johansson and Schinas said the EUâ€™s work thus far has significantly alleviated the situation at the border.Â Â

So far, Johansson said, almost 2,000 Iraqis have returned to their home country from Belarus. And, the Swedish commissioner added, â€œmore flights are planned.â€Â

She credited the Commissionâ€™s work reaching out to countries of origin like Iraq, as well as its efforts to convince airlines to stop bringing migrants into Belarus.Â

Still, Johansson warned, â€œwe have to remain vigilant,â€ noting that 8,000 migrants have already crossed the border and are now in migration centers in Poland, Lithuania and Latvia. Additionally, around 10,000 migrants have reached Germany.Â

â€œThis shows that the numbers are not high, this is not primarily a migration crisis, it is a hybrid threat,â€ she said, adding that overall, the â€œsituation in Belarus is de-escalating.â€

Schinas argued the new measures are â€œfirmly anchored in EU lawâ€ and â€œliving proofâ€ of the EUâ€™s solidarity with its member states facing the brunt of Belarusâ€™ behavior. He stressed that the initiative came at the request of EU leaders, who in OctoberÂ askedÂ the Commission to propose changes to the EUâ€™s legal framework to respond to the state-sponsored hybrid attack.Â

To fight these actions, he said, â€œwe need to rewrite a bitÂ [of]Â the whole textbook.â€

Officially, the changes will give Latvia, Lithuania and Poland up to four weeks to register asylum applications, up from the 3 to 10 days currently allowed. The three countries will also now be allowed to keep migrants near the border in processing centers for up to 16 weeks while processing the asylum claim, including an appeal.Â

The measures will remain in force for six months, unless extended or repealed.

Some diplomats were critical of the measures: â€œThere is no crisis, there is no warfare, there is only standards being lowered, EU law being violated and it all being whitewashed by the Commission,â€ said one EU diplomat.

Progressive lawmakers also quickly raised doubts Wednesday about the initiative, questioning not only its wisdom but its potential efficacy.Â

â€œIt is unclear how these derogations will apply in practice and how they will help the Member State in emergency situation or the vulnerable people trapped at the borders,â€ German Green MEP Damian Boeselager wrote in a statement. â€œOn the contrary, the new measures will create a heavy burden on the Member State in crisis, in terms of reception facilities, human capacity and financial capability.â€

Boeselagerâ€™s opinion carries more weight after his party recently joined the coalition set to lead Germanyâ€™s next government. The biggest party in that coalition, the Social Democrats (SPD), was also critical on Wednesday of the EUâ€™s move.

â€œInstead of helping the member states and the local people, the projects play into the hands of governments who want to exploit the plight of vulnerable people to conjure up a supposed migration crisis,â€ said Birgit Sippel, the domestic policy spokeswoman for the Socialists & Democrats group in the European Parliament and a member of Germanyâ€™s SPD.Â