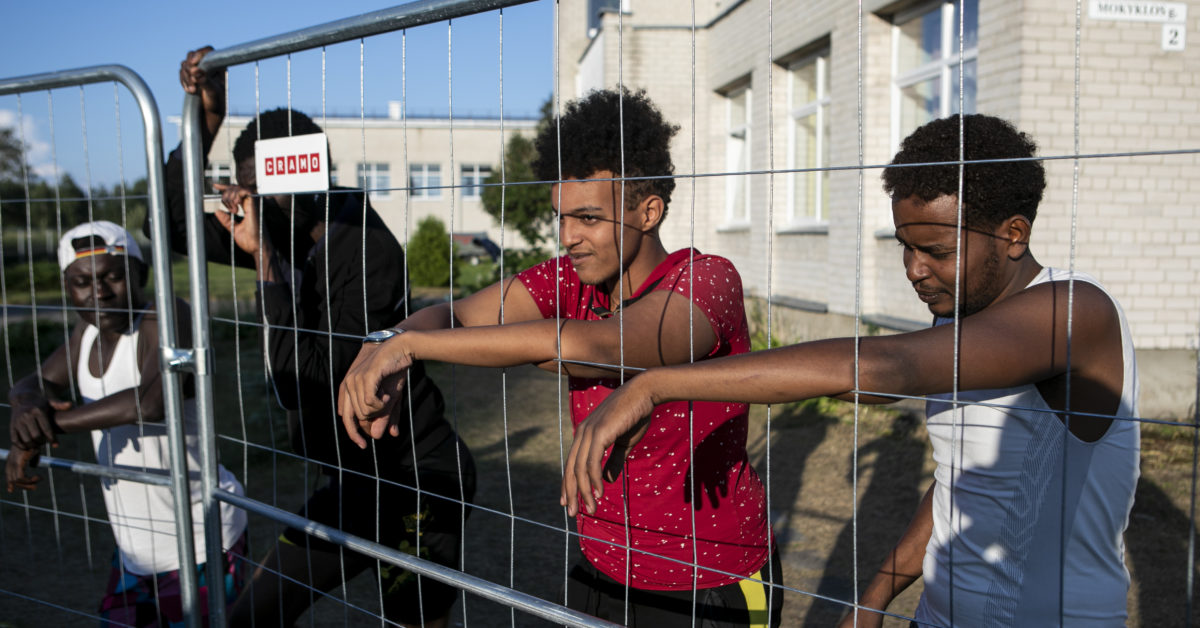 The EU on Monday pledged to step up efforts to deal with a large number of migrantsÂ crossingÂ illegally intoÂ Lithuania, which Brussels and Vilnius blameÂ on neighboring BelarusÂ and itsÂ long-time leaderÂ Alexander Lukashenko.

â€œThis is not primarily a migration crisis, this is an act of aggression that is aimed to provoke,â€ theÂ EUâ€™s commissioner for home affairs, Ylva Johansson,Â said during a press conference in Vilnius. â€œWhat we are facing is an aggressive act from the Lukashenko regime.â€

Yet for Lithuania, it is increasingly a migration crisis. In the past 24 hours, some 287 migrants have arrived and the total for this year stands at 3,832 compared to just 74 in all of 2020, according toÂ official figures.Â

The vast majority of the migrants come from Iraq (2,555) but they also arrive from Syria (124) and from African countries such as the Democratic Republic of the Congo (191). Diplomats say they expect the number of arrivals to keep increasing as attempts to convince Iraq to stop flights to Belarus have so far failed.Â Minsk has also started to negotiate visa liberalization with Pakistan.

The allegationÂ isÂ that Belarus is â€œweaponizingâ€ migrantsÂ by facilitating their arrival and thatÂ several flights are landing in Minsk, the Belarusian capital, carrying migrants from Istanbul and Baghdad.Â

The bloc believes this isÂ in retaliation against EU sanctions targeting Lukashenko and his allies. HeÂ has been in power for 27Â yearsÂ andÂ claimed victory afterÂ aÂ contested presidential electionÂ on August 9 last year thatÂ triggeredÂ mass protests that have been met with brutality, arrests and violence.Â

In May, the regimeÂ was accused of â€œhijackingâ€ a civilian airliner after forcing a Ryanair passenger flight to land in the country using a fake bomb threat so that authorities could arrest a prominent critic of Lukashenko.Â The EU imposed further sanctions as a result of that move.Â

Lukashenko has simultaneously denied using migrants for political pressure while alsoÂ warning thatÂ Belarus has no intention of halting the flows.Â

The EUâ€™s civil protection mechanism was activated last month, several EU countries â€”Â including Greece, Sweden and the other two Baltic states, Estonia and Latvia â€”Â have offered help to Lithuania, and the EU agencies active on migration have deployed staff to the country: for example, almost 120 Frontex officers, 86 of them border patrol guards, have already deployed.Â

Johansson said the EU is â€œready to fund extra measuresâ€ and that she would send a delegation to discuss more in detail â€œthe possibilities to fund a good protection system for the external borders.â€Â

SheÂ also pledged to step up work with Commission President Ursula von der Leyen and Josep Borrell, the EUâ€™s top diplomat, to stop the flights to Belarus and also to return those who are not eligible to stay in the EU.Â

Vilnius also wants to install some kind of physical barrier at the border with Belarus, Lithuanian Prime Minister Ingrida Å imonytÄ—Â said at the same press conference. EU money is not usually provided for the building of walls but she promised to go ahead anyway.Â

â€œWeâ€™re talking about a sum which exceeds â‚¬100 million, but let me say very frankly and directly: The government is going to implement this project no matter how we succeed in discussing with the European Commission the possible financial assistance,â€ she said.Â

In the coming weeks, EU interior ministers are expected to hold an informal meeting to discuss the situation. â€œThe sooner we arrange [the meeting] the better. Lukashenko keeps waging hybrid operations against the EU and it is our duty to react and take decisions fast,â€ said a senior EU diplomat.