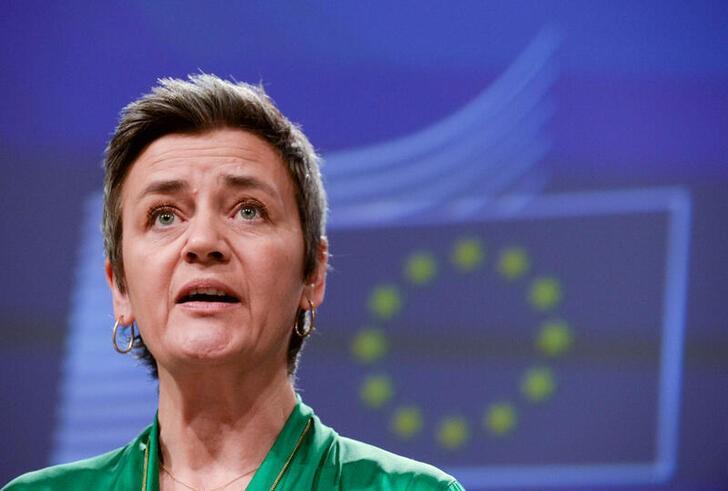 BRUSSELS (Reuters) – EU regulators are seeking feedback about a possible new power to investigate businesses and demand changes even when no competition rules have been broken, in a move aimed at stopping companies from abusing their dominance.

The prospective power underlines a European Commission push for a speedier and a more effective antitrust capability and came after a decade-long battle with Google (GOOG.O) which rivals said has not resulted in any effective changes.

The new initiative would be similar to one introduced by Britain’s Competition and Markets Authority three years ago which subsequently led to a shake-up of the UK audit market following an investigation.

The Commission said the new power aims to address gaps in existing competition rules and to intervene against structural competition problems across markets in a timely way.

“After establishing a structural competition problem through a rigorous market investigation during which rights of defense are fully respected, the new tool should allow the Commission to impose behavioral and where appropriate, structural remedies,” the EU executive said.

“However, there would be no finding of an infringement, nor would any fines be imposed on the market participants,” it said.

The new effort could target industries ranging from tech to beverages to digital agriculture.

Areas of concern include the creation of powerful market players with an entrenched market or acting as gatekeepers, and markets where companies are unable to enter because of lack of access to data and other barriers, or where consumers are locked in to companies which offer a diverse range of services.

The consultation period runs to Sept. 8, with the Commission planning to roll out legislation in the final quarter of 2020.

‘Space hurricanes’ are a real thing and scientists just proved it

Police robot ‘Digidog’ labelled racist because of where it patrols