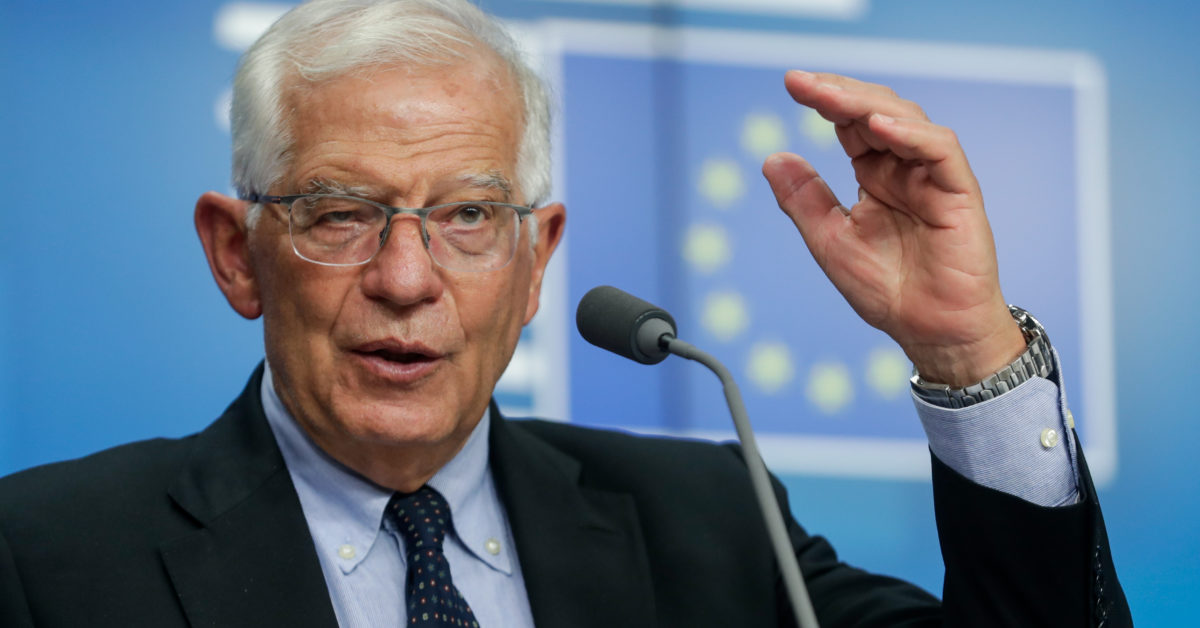 It doesnâ€™t appear the EU will be moving quickly to boost its own military capabilities in the wake of a hectic Afghanistan withdrawal that left some insisting Europe needs to better stand on its own.

In a meeting of EU defense ministers on Thursday, the first since western forces fully exited Afghanistan, there was not enough political will to make any promises on dramatically changing the blocâ€™s military posture â€” despite several countries insisting Europe cannot continue to rely on the U.S.

â€œI cannot ensure you anything,â€ said Josep Borrell, the EUâ€™s top diplomat, in a press conference after the informal summit in Slovenia.

Borrell was responding to a question about whether he could vow that the current debate over boosting the EUâ€™s military wouldnâ€™t end up like past ones â€”Â proposals and pledges, followed by inaction. Specifically, the question referred to an agreement EU leaders made in 1999 to develop a military force of 50,000 to 60,000 soldiers by 2003 â€”Â a commitment that never materialized.

That failure has left many skeptical that the latest debate will lead anywhere.

Still, the end of the Afghan war has revived the question of how the EU can better determine its own military fate.

In the final days of the withdrawal, several European countries wanted to extend the departure deadline in order to evacuate more citizens and allies. But the U.S. insisted on sticking to its own timeline â€”Â forcing the Europeans to comply. The Taliban takeover in Afghanistan has also left European officials fretting about a new migration wave and a resurgence of regional terrorism.

â€œThe chaotic withdrawal from Afghanistan forces us to accelerate honest thinking about European defense,â€ he wrote.

But the EU has a poor track record on developing joint military forces. Currently, the bloc does have so-called battlegroups, composed of 1,500 soldiers, but these brigades have never been deployed.

Thursdayâ€™s meeting was the first occasion to gauge whether EU countries would actually be keener to make stronger military commitments after Afghanistan. The first results donâ€™t look promising. If anything does change, diplomats stressed it will take time.

Borrell, himself a champion of boosting the EUâ€™s defensive capacity, pointed to ongoing discussions for an upcoming strategy document that will outline the EUâ€™s military ambitions and threats. Those talks, he said, could help move the bloc forward on the subject.

â€œI donâ€™t have the security but I have hopeâ€ about the discussions, he said. He expressed hope that by November, when the first draft is slated to be revealed, the EU â€œwill have created enough common understanding of the challenges â€¦ in order to mobilize the will of the member states.â€

One proposal on the table would be to set up small rapid deployment brigades of 5,000 soldiers.

But â€œitâ€™s not about troops, itâ€™s about political will,â€ said Latvian Defense Minister Artis Pabriks, speaking on his way into the meeting.

Thereâ€™s also the chance that a smaller group of countries â€” a â€œcoalition of the willingâ€ â€” could move forward without the bloc, essentially breaking the EUâ€™s impasse.

â€œWe must become more capable of action,â€ said German Defense Minister Annegret Kramp-Karrenbauer, speaking at the end of the meeting.

Kramp-Karrenbauer said Berlin will suggest triggering a never-before-used article in the EU treaty, â€œwhich could set up a coalition of theÂ willingâ€ or â€œjoint exercises of our special forces.â€ She said other nations like the Netherlands, Portugal and France want to participate.

The idea of using this approach, which would allow the breakaway group to still use the EU flag, has been floated for months among officials. And Borrell said â€œweâ€™ll explore this possibility.â€ But he also stressed that one of the problems with this route is that EU countries must still give unanimous approval to allow the smaller group to set up joint forces under the EU banner.

Unanimity on foreign policy is often an obstacle for the EU, even for joint statements.