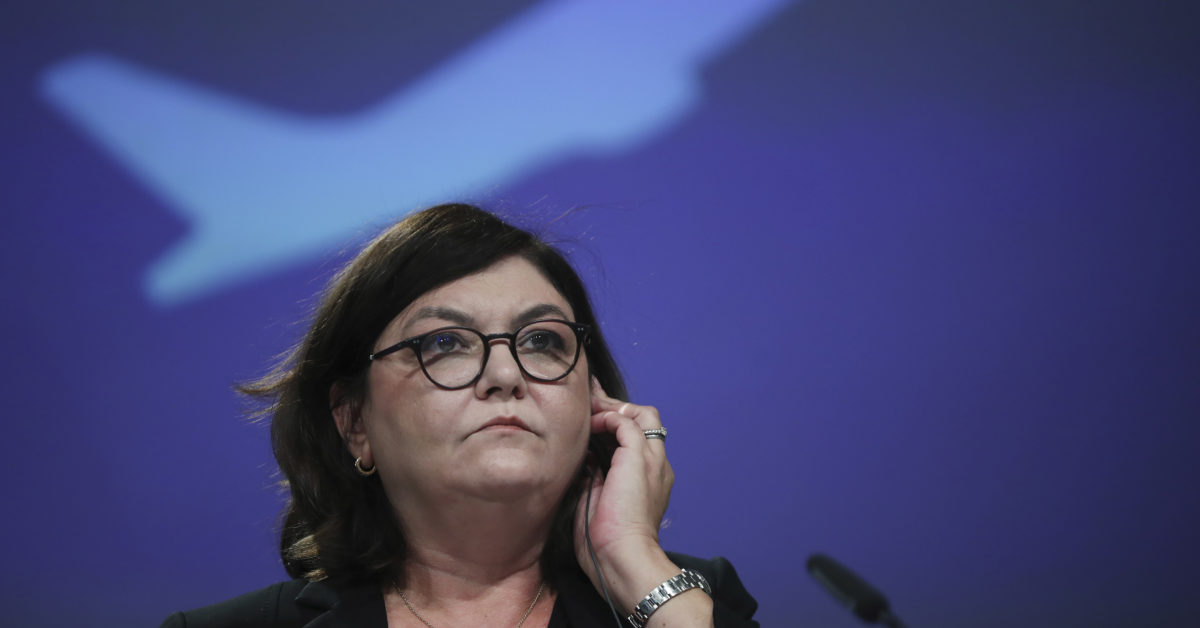 Earlier this month, EU countries agreed that while theyâ€™re free to impose travel bans to protect public health, freight movements should be protected and that if new measures cause disruption, they should be stopped.

â€œI think Germany has to ask itself if this is the case,â€ VÄƒlean said.

â€œOf course, itâ€™s causing disruption,â€ VÄƒlean said. â€œItâ€™s putting a burden on transport workers, from the risks they take in testing facilities because they have to leave their truck â€¦ to the fact that there are supplementary costs, because these tests are not for free.â€

The commissioner said sheâ€™s worried that the testing requirements are forcing drivers, who are usually mostly secluded in their cabin, to queue up in large throngs at the borders.

â€œThis means they are interacting with each other and this puts their health at risk,â€ she said.

It would be possible to â€œalleviateâ€ the impact by adding exemptions for truckers that are only transiting, or by recognizing tests taken within the past 72 hours, rather than the current 48-hour timeframe, she suggested.

VÄƒlean pointed at the very low rate of trucker tests that had come back positive in Ireland and in Italy. â€œThis shows the testing [requirements] are not a proportionate measure,â€ she said.