EU, US block effort for climate disaster funding at COP26 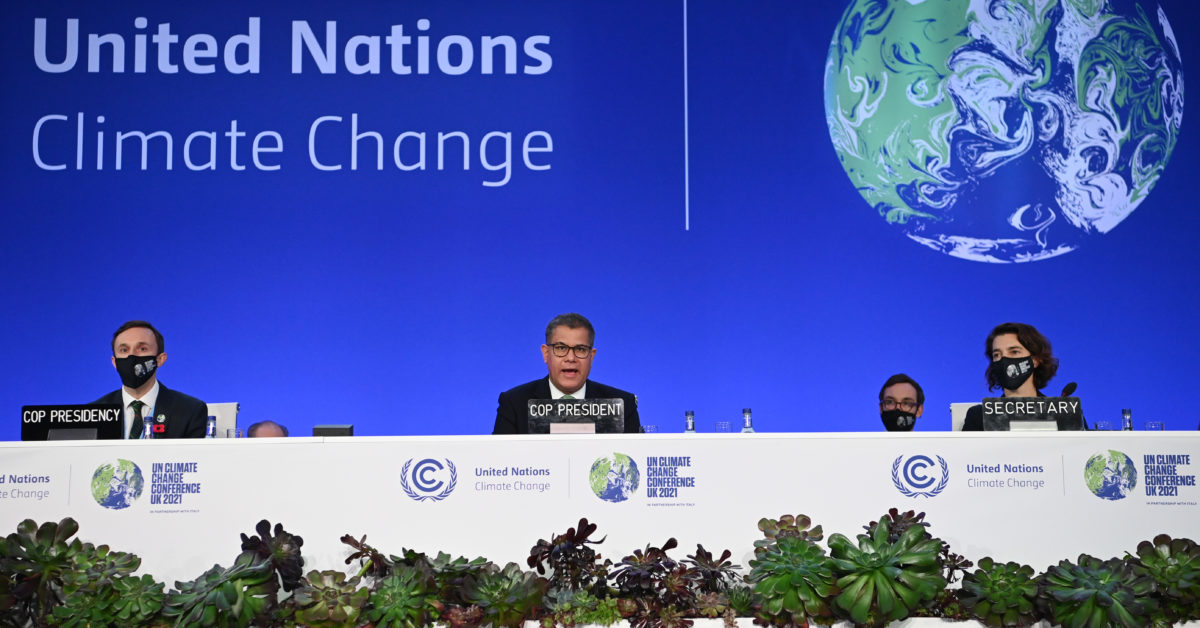 GLASGOW â€”Â The United States and the European Union on Saturday resisted calls from developing countries for the COP26 summit to create a facility providing financial support to victims of climate disasters.Â

The issue of loss and damage, or the social and economic costs of climate impacts like sea-level rise and extreme weather, was among the debates that pushed the Glasgow conference into overtime and pitted developing countries against wealthy polluters.

Island nations demanded a separate funding facility for loss and damage. They received backing from the G77, a U.N. coalition of 134 developing countries plus China, which put forward a proposal this week.

But in the COP26 plenary on Saturday afternoon, G77 chair Guinea reluctantly accepted the current draft text which does not include separate funding. Antigua and Barbuda, on behalf of the Alliance of Small Island States, also conceded there would be no new financial facility in the Glasgow agreement.

The G77 proposal had faced strong opposition from the U.S. and the EU. Rich countries â€” responsible for the vast majority of carbon dioxide in the planetâ€™s atmosphere â€” have long resisted steps toward loss and damage financing, fearing it could lead to legal liability for past emissions and vast compensation claims.Â

A senior U.S. official said earlier this week that creating a fund for compensating individuals or governments for loss and damage was a red line.Â U.S. climate envoy John Kerry also said on the eve of the conference that Washington wouldn’t support a decision that opens the way for lawsuits.

The EU also pushed back against the G77 proposal to create a new “Glasgow Loss and Damage Facility” to provide developing countries affected by climate disasters with financial support. A senior European negotiator said Saturday that the blocâ€™s treasuries were opposed to the creation of a new fund.Â

The most recent draft text, published on Saturday morning, features a plan to set up a dialogue between countries and international organizations to â€œdiscuss the arrangementsâ€ for loss and damage funding.Â

It also sets out plans for funding a program to provide technical assistance to countries facing loss and damage. Both EU and U.S. officials have signaled support for strengthening this program, known as the Santiago Network, which currently consists of little more than a website.Â

With little to no progress on loss and damage at previous COPs, such a decision would mark a major step forward, but developing countries and NGOs voiced disappointment on Saturday.Â

Aminath Shauna, environment minister of the Maldives, said her country recognized there had been progress on the issue, but worried that the dialogue would end in more words and no action. “That’s the fear.”

Tasneem Essop, director of the Climate Action Network of civil society organizations, said that, by blocking separate funding, â€œrich countries have once again demonstrated their complete lack of solidarity and responsibility to those facing the worst of the climate impacts.” The draft text, she said, was “a clear betrayal by rich nations â€”Â the U.S., the EU and the U.K. â€”Â of vulnerable communities in poor countries.”

Financial support, and rich countriesâ€™ reluctance to provide it, has been the greatest source of tension at the Glasgow summit.Â

Negotiations are ongoing over funding to help developing countries reduce their emissions and adapt to the effects of global warming.Â Wealthy countries promised to provide $100 billion a year in climate finance by 2020, but they missed the mark, and that target will only be reached in 2023.

Shauna added that the Maldives is also concerned about â€œincremental progressâ€ on adaptation â€” money to pay for everything from building flood defenses to switching to drought-resistant crops to adapt to the global increase in temperatures.Â

â€œWe have heard multiple high-level statements affirming that the technology is available. And we know through the trillions that are invested in fossil fuels every year that money is not the question. The question again is one of political will,â€ she said.Â