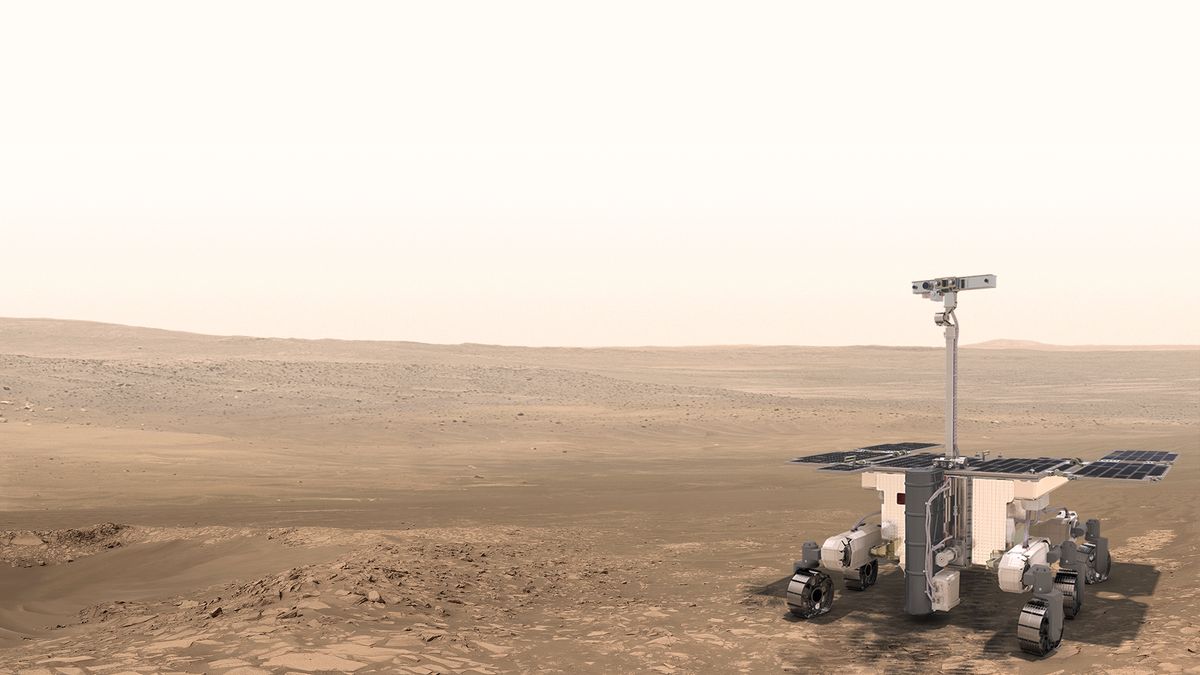 Member states of the European Space Agency (ESA) approved a record-breaking nearly 17 billion Euro budget that will, among others, help cover the cost of rebuilding the landing platform of the beleaguered ExoMars rover.

The budget, approved at ESA‘s Council at the Ministerial level in Paris on Wednesday (Nov. 23), represents a 17% increase compared to what had passed at the previous member-state gathering in 2019. The budget will allow the agency to pursue a range of ambitious projects including the development of Europe’s own secure communications satellite constellation and a lunar lander called Argonaut.

ESA representatives praised the member states for making such a commitment amid years of economic hardships caused by the COVID-19 pandemic and Russia’s war in Ukraine. The new budget will put Europe into a stronger position in a world dominated by NASA and the ever-more assertive China, ESA officials said.

“Europe has given itself the funds, the technical, scientific and financial resources so that it can compete with the other two space powers on the planet, China and the U.S.,” ESA’s Director General Josef Aschbacher said during a press conference on Nov. 23.

The 16.9 billion Euros ($17.6 billion) budget covers a three-year period. NASA, for comparison, has to ask the U.S. Congress to approve the agency’s budget on a yearly basis. NASA’s budget for 2022 was $24 billion, which puts ESA’s budget to less than a third of NASA’s despite the increase.

2.7 billion Euros of the newly approved funding has been earmarked for ESA’s human and robotic exploration program, which covers Europe’s contribution to the International Space Station but also future moon and Mars exploration activities. This includes 360 million Euros to rebuild the landing system of the troubled ExoMars Rosalind Franklin rover, a mission developed in cooperation with Russia, which had to be suspended due to the situation in Ukraine.

“Different options have been discussed all the way from putting the Rosalind Franklin over to a museum,” Aschbacher said. “I’m very glad to say that we have found a very positive way forward, meaning that Europe will take responsibility. The majority of the ExoMars mission will be done with European technology.”

Aschbacher added that NASA is expected to help out to get the mission off the ground, although the “contribution still needs to be confirmed.”

“We have expectations that the U.S. will be contributing the launcher, the braking engine and the radioisotope heating units, which are quite important. But the majority of the future ExoMars mission is European.”

ExoMars, fitted with a 6.6-foot-long (2-meter) drill, was built to search for traces of past Martian life much deeper under the Red Planet’s surface than NASA’s Perseverance can reach. Since Mars has no protective magnetic field and a very thin atmosphere, its surface is constantly battered by extremely intense U.V. radiation and solar wind. Scientists think that chances are higher for traces of life to be found in the more protected deeper underground layers, something no other mission, existing or planned, can do.

The launch of the ExoMars Rosalind Franklin rover was delayed several times due to technical issues, but the robot was finally ready to commence its journey in September, launching on Russia’s Proton rocket from the Baikonur Cosmodrome in Kazakhstan. In the wake of Russia’s invasion of Ukraine, ESA, however, suspended all cooperation with Russia apart from the International Space Station partnership, leaving the rover in limbo. In addition to providing the launcher, Russia also built the original landing platform, which now has to be replaced.

The new budget will also enable Europe to fund the development of the Large Logistics Lander Argonaut that will be able to transport up to 1.9 tons (1.7 metric tonnes) of cargo to and from the moon‘s surface.

“We will start working on it very soon. The plan is in the very early 2030s to have the first transport to the moon,” Aschbacher said. “But even more important is that this is not a one-off mission. This is something where we expect that more of these transports will be necessary in the future.”

Europe is also building the service modules, which provide propulsion, navigation and life-support for NASA’s Orion space capsule, the prototype of which is currently on its debut uncrewed lunar round trip as part of the Artemis 1 mission. ESA has already secured three seats for its astronauts on future Artemis missions and has hopes that one of them might set foot on the lunar surface.

The Ministerial Council also approved work on a future secure communication satellite constellation, a range of Earth-watching satellites, the space weather forecasting satellite Vigil and the HERA mission, which will visit asteroids Didymos and Dimorphos to explore the aftermath of NASA’s DART asteroid deflection test.

The new budget doesn’t include plans for Europe’s independent spaceships for astronauts, even though the agency has spoken about such ambitions in the past. The member states, however, agreed that in the future, European government players should preferably use Europe-made rockets to get their satellites into orbit instead of buying launches from elsewhere.

At the end of the ministerial conference, ESA announced six new astronauts that will join its space-farer corps, including a former British paralympic athlete John McFall who will help the agency “improve their understanding of, and overcome, the barriers space flight presents for astronauts with a physical disability,” ESA wrote in a statement (opens in new tab).