“Sex and the City” fans are getting closer to seeing the much-anticipated reboot.

Since announcing the new series, titled “And Just Like That,” in January, the show has made several major cast announcements, bringing back three out of four of its leading actresses — Sarah Jessica Parker as Carrie Bradshaw, Cynthia Nixon as Miranda Hobbes and Kristen Davis as Charlotte York — as well as tapping a list of new and diverse actors to bring a fresh spin to the reboot.

HBO Max revealed its first look at the “Sex and the City” reboot earlier this month as filming began in New York City, showing the three lead actresses dressed in looks that pay homage to their characters’ well-known style.

While the original series’ costume designer, Patricia Field, is not returning for the reboot due to scheduling conflicts, the new show is expected to deliver the same iconic fashion moments.

Here, WWD breaks down everything you need to know about the “Sex and the City” reboot, “And Just Like That.” Read on for more.

When is the “Sex and the City” reboot debuting?

The reboot is currently filming in New York City and a release date has not yet been revealed.

Which characters are returning for the reboot?

Many other actors will also return for the reboot, including Chris Noth as Mr. Big, Mario Cantone as Anthony Marentino, David Eigenberg as Steve Brady, Willie Garson as Stanford Blatch and Evan Handler as Harry Goldenblatt, according to HBO Max.

Actor John Corbett, who played Aidan Shaw, confirmed to Page Six in April that he will also return for the reboot.

Actress Bridget Moynahan, who played Mr. Big’s ex-wife Natasha, was spotted on the set of “And Just Like That.” Her involvement in the reboot has not yet been confirmed.

What is the “Sex and the City” reboot about?

Parker gave fans insight into the reboot during the Central Park Conservancy’s Inaugural Playground Partners Galentine’s Celebration in February, stating: “It’s going to be very exciting to see where these women are and what their lives are like now. Miranda and Charlotte have teenage children, what has Carrie been doing with her time, what is it like vis-à-vis social media and the digital world, what is their life professionally, what is their life in terms of the conversations that the world is having right now. And also the rebirth of New York, as we look toward our city reopening, as it were. I think it’s going to be really interesting to see these women emerge as well.”

What new characters is the “Sex and the City” reboot introducing?

The “Sex and the City” reboot has cast a diverse list of new characters. The first addition was actor Sara Ramirez, who takes on the role of Che Diaz, a “nonbinary, queer stand-up comedian that hosts a podcast on which Carrie Bradshaw is regularly featured,” according to HBO Max.

How many episodes will be in the reboot?

The reboot will have 10, half-hour-long episodes.

While the original series’ costume designer, Patricia Field, is not returning for the reboot, the series is expected to produce many memorable fashion moments like its predecessor.

The “And Just Like That” Instagram account gave a brief look at the reboot’s wardrobe, sharing photos of a rack of colorful clothes and pastel-colored JW Anderson cap bags.

In one set photo, Parker is seen holding a purple sequined version of the iconic Fendi Baguette bag, which her character routinely carried in the original series. The style’s ubiquity in the original show made it catapult in popularity, ultimately making it one of the first “It” bags of the early Aughts.

Is there a trailer for the “Sex and the City” reboot?

The reboot has not yet released a trailer as filming is currently taking place. However, on July 9, HBO revealed the first look at the new series, posting an official photo of Parker, Nixon and Davis dressed as their characters on the “And Just Like That” Instagram page with the caption, “And Just Like That…we’re back.”

Where can I watch the “Sex and the City” reboot?

The reboot will be available to stream on HBO Max. 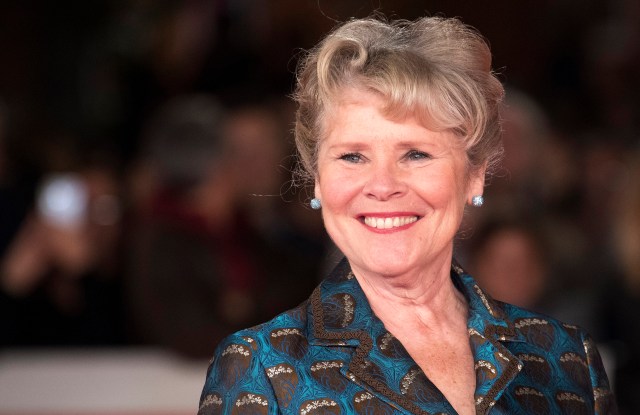 The Standout Fashion Moments From the 2021 NBA Draft

Everything to Know About Gymnastics All-around Gold Medalist Sunisa Lee