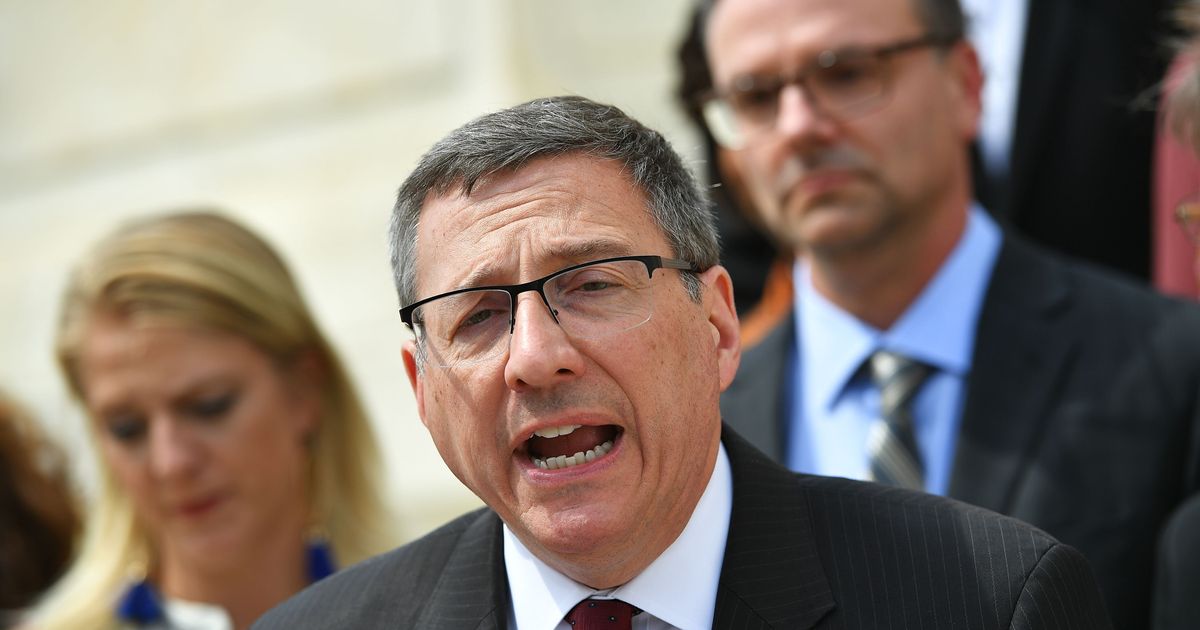 Rev. Rob Schenck, the former head of the conservative evangelical group Faith & Action, affirmed under oath on Thursday that he learned the outcome of the 2014 Hobby Lobby decision ahead of time from one of his “stealth missionaries” to the Supreme Court, after she’d had dinner with Justice Samuel Alito and his wife.

“Yes,” Schenck said when asked whether a supporter of Faith & Action told him that she learned the outcome of Alito’s Hobby Lobby v. Burwell decision after having dinner with him.

Schenck’s affirmation came during a hearing of the House Judiciary Committee examining Operation Higher Court, a pressure campaign that Schenck waged targeting conservative justices, and the Supreme Court’s lack of a binding ethics code to police conflicts of interest and judicial recusals.

The hearing followed reports by Politico and The New York Times about Schenck’s efforts to pressure conservatives justices to ― as he put it ― “shore up their resolve” to issue “unapologetic opinions” that could lead to the end of national abortion rights by overturning the 1973 decision in Roe v. Wade.

“I called this ‘our ministry of emboldenment,’” Schenck said.

Schenck, formerly a militant opponent of abortion rights who has since distanced himself from the religious right, encouraged his supporters to pray with and befriend justices after gaining access to them through contributions to the Supreme Court Historical Society. One such couple, Donald and Gayle Wright, befriended Justices Alito and Clarence Thomas and the late Antonin Scalia, treating them to dinners, vacations at their residence in Jackson Hole, Wyoming, and at least one hunting trip.

“[Our missionaries] might host justices or their spouses for meals at restaurants, private clubs, or their homes — and sometimes the justices reciprocated,” Schenck said. “The Hobby Lobby leak happened at one of these arrangements.”

Schenck first made the Hobby Lobby leak allegation in a letter sent to Chief Justice John Roberts in July, as part of Roberts’ investigation into the leak of Alito’s full decision overturning Roe in Dobbs v. Jackson Women’s Health Organization. This letter did not become public until the Times reported it on Nov. 19.

The Times report led to a flurry of letters between the Supreme Court, Sen. Sheldon Whitehouse (D-R.I.) and Rep. Hank Johnson (D-Ga.) on the court’s failure to adopt and abide by a binding ethics code, and a push from progressive groups for Congress to hold hearings on the subject. Whitehouse and Johnson run their respective chambers’ subcommittees overseeing the courts.

Schenck said he did not seek to bring his letter to Roberts to light at first. He only agreed to speak to the Times, which had already learned about his leak allegation, after he received no acknowledgement from Roberts about his letter to the court.

“I had written it principally out of a concern that a court subordinate would unfairly take the blame for the Dobbs leak, suffering draconian punishment,” Schenck said. “Yet, I knew a justice would face no consequence for such a breach.”

Schenck repeatedly said that he came forward out of guilt for the pressure campaign he waged in hopes of influencing the court’s right-leaning members to issue conservative decisions on religious matters.

“I believe we pushed the boundaries of Christian ethics and compromised the high court’s promise to administer equal justice,” he said.

He said he and his recruits were “never admonished for what we did.” Instead, Schenck recalled, Thomas gave them words of encouragement, saying “something like, ‘Keep up what you’re doing. It’s making a difference.’”

Republicans on the committee and their one witness, Mark Paoletta ― a lawyer who served in the Trump administration and currently represents Thomas’ wife, Ginni Thomas, in her interactions with the House Jan. 6 Committee ― tried to depict Schenck as a liar, a fraud and a grifter.

Paoletta called Schenck “a man who built his entire career on deception and deceit,” a “con man,” and “not a reliable narrator of the truth.” He called Schenck’s pressure campaign a pointless grift meant to squeeze money from elderly donors, saying the idea of pushing Alito, Thomas or Scalia rightward was laughable since their opposition to Roe was already known.

“My fellow conservatives and I had convinced ourselves that the conservative members of the court were beleaguered,” Schenck explained. “We thought they needed shoring up.”

“We also were concerned that some of them had assured in their testimony during confirmation hearing that Roe v. Wade was settled law, and that maybe, just maybe, other forces could work to intimidate them from coming after Roe,” Schenck added, referencing Alito’s statement during his 2006 confirmation that Roe was an “important precedent,” although Alito refused to say whether it was settled law.

Rep. Jim Jordan (R-Ohio) continued to attack Schenck as a liar by questioning a particular passage in Schenck’s 2018 book “Costly Grace.” Schenck claimed that in 1996, he and his brother Paul privately celebrated after then-Chief Justice William Rehnquist read the name of a case Paul was involved in and included his title of “Reverend” in the case name. This was historic, Schenck wrote ― the first time the title of “Reverend” had been included in a case name and read aloud in the court.

But Jordan revealed that the word “Reverend” does not appear in the case name, and played audio showing that Rehnquist did not use the word “Reverend” at all. This provided evidence, Jordan argued, that Schenck was a liar who made up stories to fit his preferred narratives.

Republicans also decried the fact that Democrats had not held a hearing into the leak of Alito’s Dobbs decision, but were now holding one regarding an allegation of a leak in 2014.

Beyond Schenck’s allegations, Democrats on the committee made a case for enacting a binding ethics code for the court.

“We have justices accepting overtures from individuals seeking to influence the court with little to no transparency,” House Judiciary Committee Chair Jerrold Nadler (D-N.Y.) said.

While it would be preferable for the court to adopt its own ethics code, there is nothing wrong with Congress passing legislation to require it to do so, Caroline Frederickson, a fellow at the Brennan Center for Justice, a liberal-leaning nonprofit, testified.

“The court either cannot or will not do what is in its best interest,” Johnson said. “Therefore Congress must step in.”

Johnson argued that Congress should adopt his Supreme Court Ethics, Recusal, and Transparency Act to impose such a code of ethics on the court.

In perhaps the most conciliatory statement from a Republican, Rep. Darrell Issa (R-Calif.) said he supported some elements of Johnson’s bill, though not all, and that he hoped they could approach this issue in a less partisan manner.

This was the final hearing for the House Judiciary Committee led by Democrats in the 117th Congress. Republicans take over the gavel in January. Hopes for further investigation into the court’s ethics scandals now rest with the Senate, where Georgia Sen. Raphael Warnock’s recent victory will give Democrats a 51-seat majority, allowing them to freely issue subpoenas without any Republican agreement.