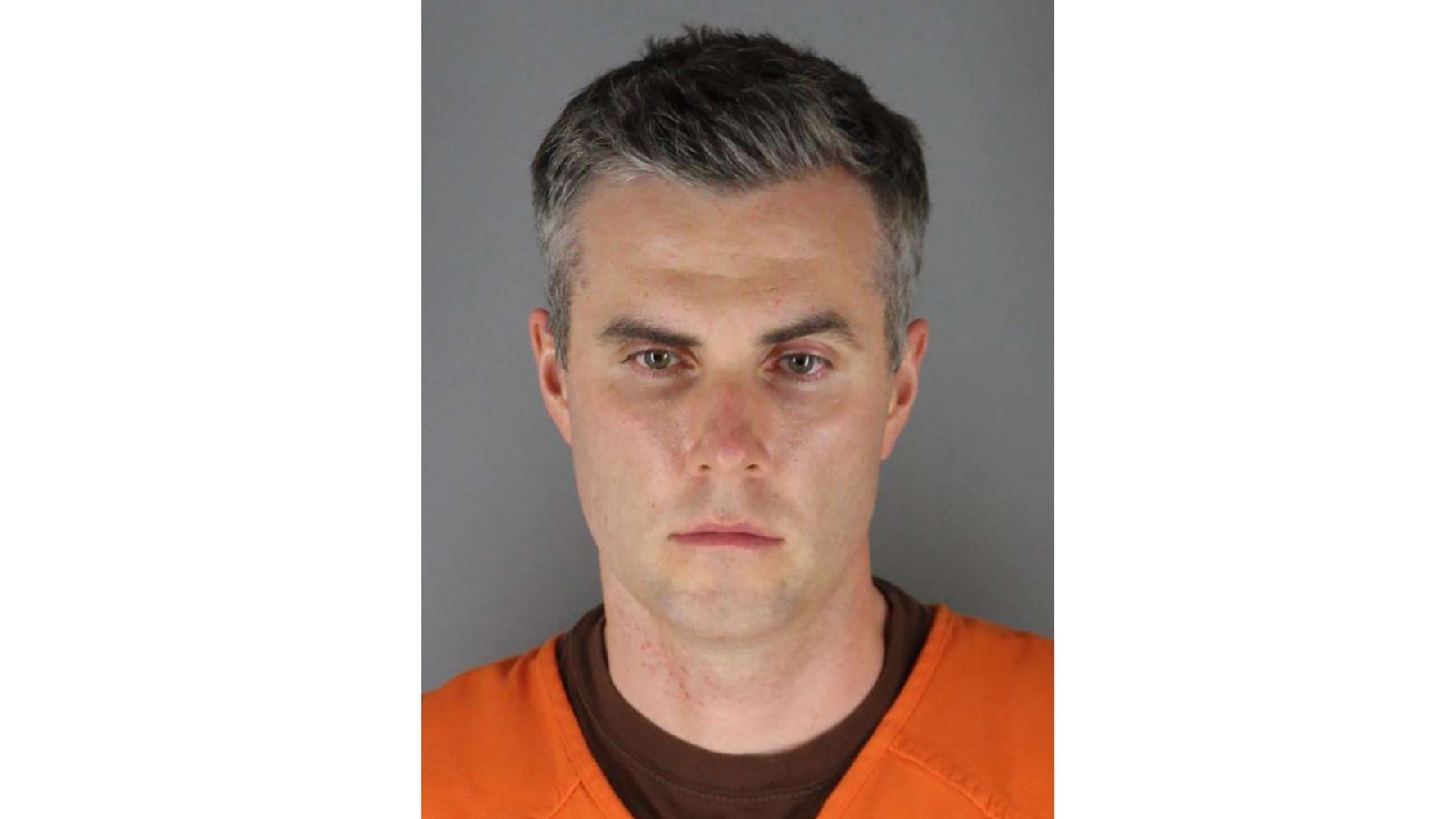 ST. PAUL, Minn. (AP) — Former Minneapolis police Officer Thomas Lane has been sentenced to 2 1/2 years in prison on a federal civil rights charge for his role in the killing of George Floyd.

U.S. District Judge Paul Magnuson sentenced Lane on Thursday for his February conviction of depriving Floyd of medical care as he lay dying under Officer Derek Chauvin’s knee in May 2020.

“Mr. Lane this is a very serious offense, in which a life was lost,” Magnuson said. “The fact that you did not get up and remove Mr. Chauvin when Mr. Floyd became unconscious is a violation of the law.”

But Magnuson also held up 145 letters of support for Lane — he said he had never received so many on behalf of a defendant — and faulted the Minneapolis Police Department for sending him out with another rookie on the call that ended with Floyd’s killing.

Lane, who has been free on bond, didn’t speak at the hearing. He declined to comment as he left the court.

Magnuson ordered him to surrender to U.S. Marshals on Oct. 4.

The killing of Floyd, who was Black, sparked protests in Minneapolis and around the world over racial injustice in policing, and launched a national reckoning on race.

Lane, who is white, held Floyd’s legs as Chauvin pinned Floyd for nearly 9 1/2 minutes. Two other officers, J. Alexander Kueng and Tou Thao, were also convicted of violating Floyd’s civil rights and will be sentenced later.

Federal prosecutors had asked for a sentence of up to 6 1/2 years, in line with federal guidelines. Lane’s attorney asked for a little over two years, arguing that Lane was the least culpable of the officers in part because he had asked his colleagues twice whether Floyd should be turned on his side.

THIS IS A BREAKING NEWS UPDATE. AP’s earlier story follows below.

ST. PAUL, Minn. (AP) — Former Minneapolis police Officer Thomas Lane is hoping for a sentence Thursday that could let him go free after as little as two years in prison for his role in the killing of George Floyd.

His attorney, Earl Gray, has argued that the rookie was the least culpable of the four officers involved in Floyd’s death under Officer Derek Chauvin’s knee in May 2020, a killing that sparked protests in Minneapolis and around the world, and launched a national reckoning on race.

Lane, who is free on bond, is one of three former Minneapolis officers convicted by a federal jury in February of violating Floyd’s civil rights by depriving him of medical care. He faces a separate sentencing Sept. 21 in state court after changing his plea there to guilty to a reduced charge of aiding and abetting manslaughter.

Lane, who is white, and fellow rookie J. Alexander Kueng helped restrain Floyd while Chauvin, who is white and was the most senior officer on the scene, killed Floyd by kneeling on his neck for nearly 9 1/2 minutes despite the handcuffed Black man’s fading pleas that he couldn’t breathe. Chauvin’s partner, Tou Thao, helped hold back an increasingly concerned group of onlookers outside a Minneapolis convenience store where Floyd, who was unarmed, tried to pass a counterfeit $20 bill in May 2020.

Federal prosecutors have asked U.S. District Judge Paul Magnuson to follow nonbinding federal sentencing guidelines and give him 5 1/4 to 6 1/2 years.

But Gray has asked for 2 1/4 years. Under federal probation rules, and assuming good behavior, that would result in two years in prison. That happens to be what Lane is facing under his plea agreement on the state charge, which calls for a sentence of three years but likely would amount to two under the state’s parole system.

Gray argued during the trial that Lane “did everything he could possibly do to help George Floyd.” He pointed out that Lane suggested rolling Floyd on his side so he could breathe, but was rebuffed twice by Chauvin. He also noted that Lane performed CPR to try to revive Floyd after the ambulance arrived.

“Any reasonable person should just be disgusted, should be infuriated” that Lane was ever charged, Gray told jurors in his closing argument.

Philonise Floyd, one of Floyd’s brothers, urged Magnuson on Thursday to “hand down the highest level of punishment.” He rejected the idea that Lane had tried to intervene in the restraint, saying none of the officers repositioned George Floyd or tried to administer aid.

Lane testified at trial that he didn’t realize how dire Floyd’s condition was until paramedics turned him over. Prosecutor Manda Sertich countered that his expressions of concern showed he knew Floyd was in distress but “did nothing to give Mr. Floyd the medical aid he knew Mr. Floyd so desperately needed.”

When Lane pleaded guilty in state court in May, Gray said Lane hoped to avoid a long sentence. “He has a newborn baby and did not want to risk not being part of the child’s life,” he said.

Chauvin pleaded guilty to separate federal civil rights charges in December in Floyd’s killing and in an unrelated case involving a Black teenager. That netted a 21-year sentence when he appeared before Magnuson two weeks ago, toward the low end of the range of 20 to 25 years both sides agreed to under his plea deal.

Magnuson had harsh words for Chauvin at the hearing, saying, “You absolutely destroyed the lives of three young officers by taking command of the scene.”

Chauvin was already serving a 22 1/2-year state court sentence for second-degree murder and second-degree manslaughter. His federal and state sentences are running concurrently. While his plea agreement meant accepting nearly three more years behind bars than his state sentence alone, he’s expected to be safer and have more freedom in the long run. Minnesota corrections officials have kept Chauvin in solitary confinement in the state’s maximum security prison for his own safety, given his notoriety. He has not yet been transferred to the federal prison system.

Magnuson has not set sentencing dates for Thao, who is Hmong American, and Kueng, who is Black. But he has scheduled a hearing for Friday on objections by their attorneys to how their sentences should be calculated under the complicated federal guidelines. Prosecutors are seeking unspecified sentences for them that would be lower than Chauvin’s but “substantially higher” than Lane’s.

Thao and Kueng are free on bond pending sentencing. They have turned down plea deals and are scheduled to go on trial Oct. 24 on state charges of aiding and abetting both second-degree murder and second-degree manslaughter.

The story has been updated correct one reference to the month that Floyd was killed.

Find AP’s full coverage of the killing of George Floyd at: https://apnews.com/hub/death-of-george-floyd