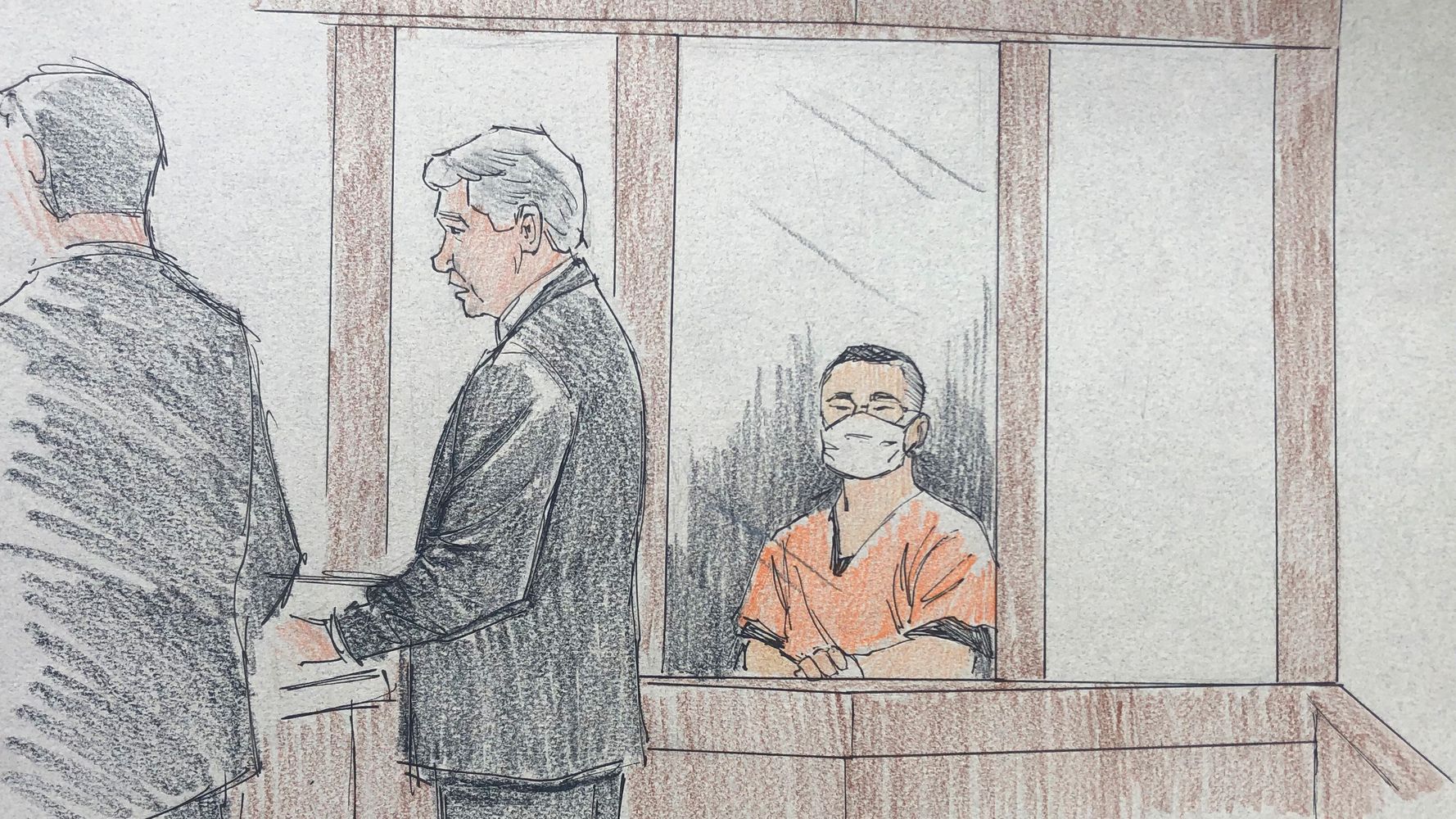 MINNEAPOLIS (AP) â€” Newly released body-camera video from a third officer involved in George Floydâ€™s arrest captures for the first time the growing horror of onlookers who repeatedly pleaded with the officers to get off Floyd.

The video made available Thursday comes from fired Officer Tou Thao, one of four former Minneapolis police officers charged in the death of Floyd, a handcuffed Black man. Floyd died after a white officer, Derek Chauvin, pressed his knee against Floydâ€™s neck for nearly eight minutes on a south Minneapolis street May 25 as Floyd repeatedly said he could not breathe. The death sparked massive protests across the U.S. and beyond against racial injustice and police brutality.

Thao held back a crowd of nearly a dozen bystanders, many taping the scene with their cellphones, as Chauvin pinned Floyd with his knee. Two other officers, Thomas Lane and J. Kueng, held down Floyd, who was suspected of passing a counterfeit $20 bill at a convenience store.

In Thaoâ€™s video, a Black man wearing a Northside Boxing Club sweatshirt yells at Chauvin to â€œget off of his (expletive) neck, Broâ€ and asks Thao â€œyou gonna keep him like that,â€ motioning toward Floyd.

â€œYou gonna let him kill that man in front of you, Bro?â€ he asks Thao. â€œBro, heâ€™s not even (expletive) moving right now, Bro.â€

Thao orders the crowd onto the sidewalk. At one point he tells the onlookers, â€œThis is why you donâ€™t do drugs, kids.â€

When a woman who identifies herself as a Minneapolis firefighter arrives out of uniform, Thao yells at her, â€œBack off!â€ She asks if the officers have checked Floydâ€™s pulse.

â€œLet me see a pulse,â€ she demands of the police.

When the man approaches Thao with his phone, Thao shoves him back toward the sidewalk, yelling, â€œGet out of the street!â€

Prosecutors submitted Thaoâ€™s body cam footage earlier this week. On Monday, body cam video from two of the other officers, Lane and Kueng, was released under a judgeâ€™s order. That footage, along with Thaoâ€™s video, shows Floyd pleading with the officers as they struggle to place him in the squad car in the moments before his death.

Floyd repeatedly said he could not breathe and called out for his mother before passing out. He was pronounced dead at a hospital that evening, his death sparking protests against racial injustice and police brutality around the world.

Minnesota Attorney General Keith Ellison, whose office is prosecuting the case, has asked the judge to have all four officers tried jointly. Defense attorneys have until Sept. 8 to respond.

The next court hearing for the four is scheduled for Sept. 11.