Excavating Chinese History, One Harrowing Film at a Time 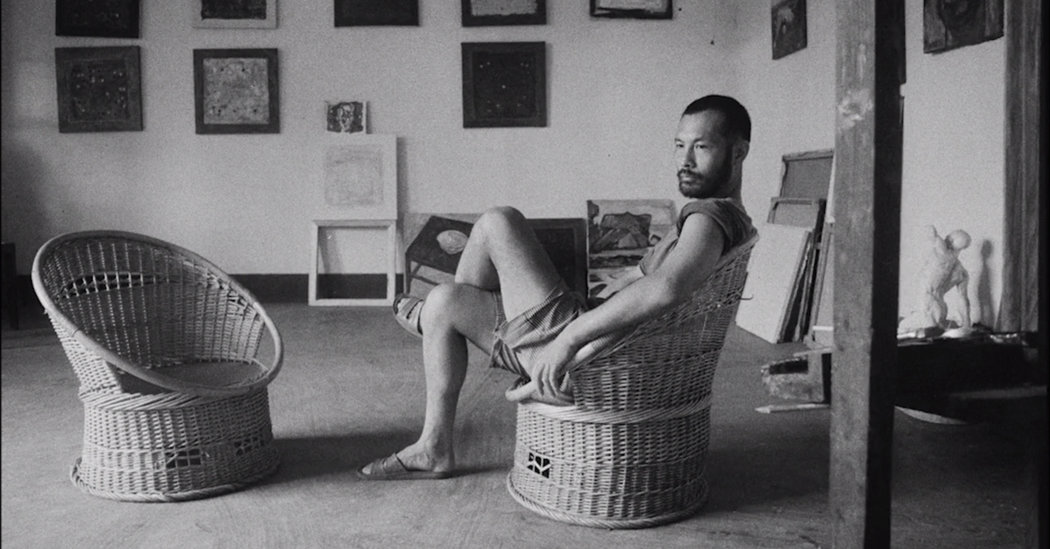 For more than 20 years, the filmmaker Hu Jie has been trawling the deep waters of Chinese history to create a series of harrowing documentaries about the early years of Communist Party rule.

Though Hu is largely unknown outside Chinese intellectual and foreign academic circles, two films, to be released on June 30, should increase the visibility of his work and help make it accessible to outsiders. â€œSparkâ€ â€” a film that has undergone many iterations, alternations and expansions â€” reconstructs the fate of a group of young people who started an underground journal 60 years ago. And â€œThe Observer,â€ a documentary about Hu by the Italian director Rita Andreetti, is at once a sympathetic portrait of the filmmaker and an introduction to his films.

Both are being distributed by Icarus Films as part of dGenerate Filmsâ€™ collection of independent Chinese movies, curated by the American film producer Karin Chien. Their release â€” along with three other important Hu works that Icarus has released â€” makes it possible for audiences to see the sweep of his body of work.

â€œMy goal is to excavate hidden history and show reality as it really was,â€ Hu, 62, said in a telephone interview from his home in Nanjing. â€œI feel itâ€™s my duty to history to tell these stories.â€

Though Hu has made more than 30 movies, he is not well known even in China, partly because of censorship â€” his films have never been distributed in China â€” and partly because his work is hard to categorize.

Huâ€™s films are personal takes on several critical turning points in modern Chinese history, especially the persecution of independent thinkers in the 1950s, the famine that followed it, and the Cultural Revolution a decade later. He hunts down survivors, finds rare written material, and creates a composite history in which he is also very much present as a narrator and judge, clearly taking sides with the victims of Maoist China.

Almost all of his films come across as radically low-tech. For years he used a battered Sony Handycam, and he almost never uses lights or multiple cameras â€” largely because he works alone, but also to give the feeling of authenticity and discovery, as if the viewer were on a journey with Hu to discover a forbidden past.

By contrast, independent Chinese film directors like Jia Zhangke and Wang Bing, make films that are more easily understood by foreign art-house audiences, and are regularly shown at film festivals.

Hu, an autodidact, has an overtly crusading spirit. A native of Nanjing, he was initially an artist in a military propaganda unit but he quit to pursue a career in as an independent artist. In Beijing, he mixed in artistic circles â€” he made a film about the influential Yuan Ming Yuan artistsâ€™ colony â€” but returned to Nanjing to work, relatively cut off from the mainstream.

He honed his craft in the 1990s with a series of documentaries about Chinaâ€™s underclass, like illegal coal miners and trash collectors.

But he became famous among Chinaâ€™s intelligentsia for his 2004 film, â€œSearching for Lin Zhaoâ€™s Soul,â€ one of the films being released by Icarus. It recounts the story of a political prisoner who was executed in 1968 for refusing to renounce her political convictions. Hu traces Linâ€™s story through her classmates and friends, and especially through letters that she wrote with her own blood for lack of ink.

That led to â€œSpark,â€ about the magazine for which Lin Zhao wrote an epic poem describing the struggle for freedom from tyranny. First released in 2013, â€œSpark,â€ like all of Huâ€™s films, has been added to and re-edited, most recently to include testimony by a witness to the famine who wanted to wait until retiring to speak out.

â€œThough I Am Gone,â€ another of the Icarus releases, tells the story of Bian Zhongyun, a teacher beaten to death in 1966 by her students during the Cultural Revolution. The film is shockingly brutal, as the teacherâ€™s widow explains how he photographed his wifeâ€™s corpse so the crime would never be forgotten.

Huâ€™s films shed light on events that have been only partly understood before, with Hu unearthing witnesses and documents that tell in excruciating detail how the events unfolded. Hu is also present, giving his point of view and passing judgments in a way that doesnâ€™t fit the pattern of most Chinese documentary films, which tend to be cooler and more detached.

â€œHe uses some of what might be called the official style, with voice over narratives and a sense of moral justice,â€ said Zhen Zhang, a professor of film studies at New York University. But he also allows people to speak at length, allowing the story to unfold naturally. â€œIt became an organic assemblage of different methods,â€ she said.

Zhu Rikun, a filmmaker and festival curator who splits his time between New York and China, said that despite Huâ€™s stripped-down style, his movies have an appeal: â€œHeâ€™s not a theoretician. Heâ€™s not a professional. He doesnâ€™t necessarily know all the ways to use the equipment. But when you look at how he films, it has a beauty.â€

Hu is more modest. He said his goal was simply to preserve history that has long been written out of Chinaâ€™s official narrative.

â€œIâ€™m not really that kind of professional picture maker, so I donâ€™t really try to figure out how to handle questions like technique,â€ he said. â€œMy style is quite simple.â€

But he said he hoped his films would resonate today. â€œSpark,â€ he said, shows how even in the darkest era of the Mao period â€” the great famine of 1958 to 1961, which killed at least 30 million people â€” some were willing to stand up and be counted.

â€œThis story has great significance today,â€ Hu said. â€œThis country is a country with a unified governing structure, so if no one dares speak truth, a mistake will continue for a long time.â€

Andreetti said Huâ€™s commitment to the truth is what drew her to him. She met him in 2013 shortly after moving to Nanjing with her husband, who had been sent there by his company.

â€œIt was overwhelming to me, the power of his words and his movies,â€ she said by phone from Italy, where she is staying during the coronavirus crisis. â€œI couldnâ€™t believe that he is basically unknown in China.â€

Chien praised Andreetti for getting Hu, who is hard to pin down for an interview, to talk. Closely monitored by public security, he often leaves town at the drop of a hat to meet people. Heâ€™s also hard to reach because he shuns email and social media.

â€œHeâ€™s one of the most difficult filmmakers to communicate with,â€ Chien said. â€œYou basically had to be in Nanjing to makeâ€ a documentary about him.

Though Huâ€™s critical works are now being made available to foreign audiences, pressure from the Chinese government makes it hard to arrange public showings there, Chien said.

This scrutiny began around 2015 when she and others put together a touring film festival called â€œCinema on the Edge.â€ Hailed as â€œbeyond the censorsâ€™ reach,â€ the film series ended up coming under intense pressure from the Chinese government. Filmmakers in China were warned to drop out and when the festival went ahead, but with less publicity, foreign outlets, especially universities, were told that screening the films could endanger their chance to work with China.

Despite the limitations, which also include a ban on using foreign money and closing all possibilities to show films in public, Professor Zhang said, directors like Hu continue to work.