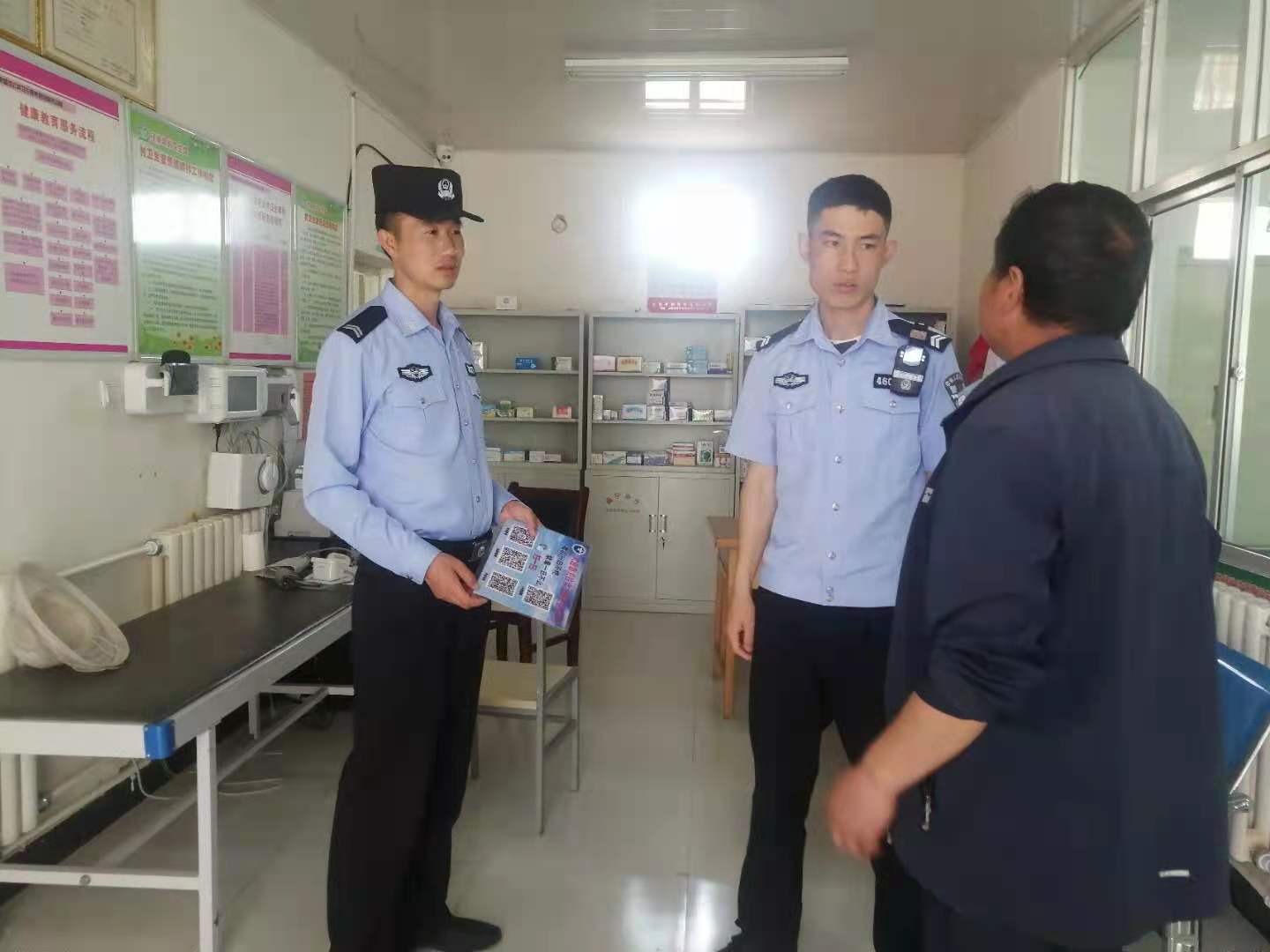 As the United States continues to grapple with an opioid crisis, Chinese Ambassador to the United States Qin Gang told Newsweek Senior Foreign Policy Writer Tom O’Connor that the flow of the epidemic’s deadliest drug, fentanyl, was not being fueled by Beijing, but that the People’s Republic could be of assistance in further cracking down on its proliferation.

First, however, he said President Joe Biden‘s administration would need to ease restrictions on cooperation between the U.S. and Chinese entities he said were critical in the common fight against the global narcotics trade.

Qin, who has served with the Chinese Foreign Ministry for three decades, was appointed as Beijing’s envoy to Washington last July. Since then, he has presided over a difficult period in the relationship between the world’s top two powers, as Biden continued to step up pressure first applied by his predecessor, former President Donald Trump, against China.

And while a range of issues from trade to the Taiwan question has strained Washington-Beijing relations on the geopolitical level, the lurking threat of fentanyl — a substance 50 times more potent than heroin — has perhaps most deeply affected everyday people across the U.S., where some law enforcement officials have said China is not doing enough to curb the flow of the chemical precursors that could be used to make fentanyl.

The scope of the problem is magnified by the innocuous nature of these precursors and even the legitimate medical applications of fentanyl itself, especially as the burden often falls on importers, not exporters, to prevent illicit diversion of materials.

Qin acknowledged these difficulties, but said China has lived up to its obligations, while the U.S. was failing to do all it could to obstruct the inward rush of a substance deadly enough to kill someone in a mere 2-milligram dose.

This transcript has been lightly edited for clarity.

Newsweek: What is China’s position on the ongoing opioid crisis in the United States and what is your response to claims that China is, in some part, responsible?

Qin: In my past year as Chinese Ambassador to the U.S., I have had many discussions with Americans on opioid overdose. A friend told me that his daughter struggled with drug addiction for years, and that his nephew even died of fentanyl overdose, something that really got me upset. As I understand the importance of this matter, I have paid personal efforts to bring about the dialogue between the U.S. Congress and China National Narcotics Control Commission.

China was a painful victim of opium in history. In the 19th century, Britain profited immensely from smuggling opium into China. When China decided to ban the material to save its population and economy, the British launched the Opium War, which started a century of humiliation for China, marked by a slate of unequal treaties and waves of Western aggressions. The repercussions of history are felt even today. With such searing pains in our national memory, China holds an understandably stronger antipathy for narcotics than any other country, as displayed in its zero-tolerance attitude towards all narcotic drugs, as well as stringent control and tough punishment measures. Thanks to these efforts, narcotics are not endemic in China.

This part of history has made China naturally empathize with the United States and other countries in their fight against narcotics, hence our proactive cooperation with global partners under the framework of the United Nations conventions on counter-narcotics. This has been fully recognized and respected by the international community.

But to our regret, some Americans believe that China is the primary source of fentanyl in the United States. Some even fantasize that China is shipping fentanyl to the United States “as a form of payback for the Opium Wars,” and that “North America has been flooded with precursor chemicals from China, stifling international efforts,” as I read from some opinion articles. These comments are false and misleading.

China and the United States have had decades of productive cooperation in combating narcotics. Though not confronting prevalent fentanyl overdoses or any death case ourselves — because of the rigorous control measures — China has done everything possible on our end, out of goodwill, to help the United States address this problem. On May 1, 2019, China permanently scheduled all fentanyl-related substances, the first country in the world to do so, while the United States has stopped short of doing the same.

On the judicial front, three legal documents have been formulated to support the filing, prosecution, conviction and sentencing of offenses involving these substances. To reinforce fentanyl testing and monitoring, five sub-centers of the National Drug Laboratory have been established across the country.

On the operational level, fentanyl-involved enterprises and personnel have been clearly identified to get a full picture of the precursors and equipment they have and to prevent offenses from the source. The postal and parcel industry has been mandated to verify the real names of both senders and recipients and check the parcel contents, and equipment must be used for security screening, instead of visual inspection, with particularly tight examinations for U.S.-bound parcels.

Key provinces and cities have also launched law enforcement operations to enhance inspection. Thanks to these solid efforts, not a single criminal case has been opened in China that involves the manufacturing, trafficking and smuggling of fentanyl-related substances since their scheduling. In fact, according to the U.S. Customs and Border Protection, the United States has seized no such substances stemming from China since September 2019.

So just think how shocking it was for China, for all these efforts, to be sanctioned by the United States in May 2020, with its essential institutions on fentanyl profiling and control, such as the Institute of Forensic Science of China’s Ministry of Public Security and the National Narcotics Laboratory, added to America’s “entity list,” only to curb China’s capability to fight narcotics.

The latest accusations have shifted to link China with Mexico, claiming that China is shipping precursor chemicals to the country, where drug cartels produce the lethal drug and smuggle it overland into the U.S. The fact is, however, that China has never received any report or data from Mexico on the use of Chinese precursor chemicals for drug production there, nor has the U.S. provided any evidence about the flow of Chinese chemicals into Mexico for fentanyl production.

Has the United States asked China to take stronger measures against fentanyl flows given the scope of the crisis here, and what further steps could be taken to combat this crisis?

The United States asks China to monitor the diversion of uncontrolled chemicals and equipment in international flows. But like oil, iron, water and many other substances, uncontrolled chemicals and equipment have an array of legal usages. They are needed to ensure people’s normal life. They can be produced, traded and used by any company without reporting to the government. To apply an analogy, steel can be used to manufacture both cars and guns, and you cannot ban steel just because you ban firearms.

At the same time, China has faithfully honored obligations under the UN 1988 Convention. China’s import/export licensing and international verification system for all listed chemicals has effectively prevented these chemicals from being diverted into illegal channels through international trade. But the “know your customer” practice that some in the U.S. have been asking about far exceeds the UN obligations.

According to international practices, it is up to the importer and importing country to ensure that imported goods are not used for illegal purposes, not the exporter. Taking one step back, given the flow of international trade, it is simply impossible for the exporter to thoroughly verify its client located in a different territory. Mexico is a sovereign country; China has no right or capability to fulfill the responsibility on its behalf.

Ancient Chinese philosopher Mencius advised that if people fail to reach their goal, they should first examine themselves for the reason of their failure instead of blaming others. Blaming China is not a constructive way to address the fentanyl crisis. In fact, there are other workable ways, such as stepping up law enforcement operations, strengthening border control, enhancing oversight of fentanyl and its synthetic drugs, penalizing over-prescription and overdose of medications, and raising public awareness. Also, it is high time for the United States to permanently schedule the fentanyl-related substances.

The fentanyl crisis in the United States was not created by China. On the contrary, China is a well-intentioned and sincere partner ready for international cooperation and for global co-governance on counter-narcotics. We hope that the United States will act to stabilize and improve its relations with China and lift the sanctions on Chinese institutions to remove obstacles for such cooperation to proceed.

It is my wish to see America resolve its fentanyl crisis and American people walk out of the shadow of narcotic drugs as soon as possible.