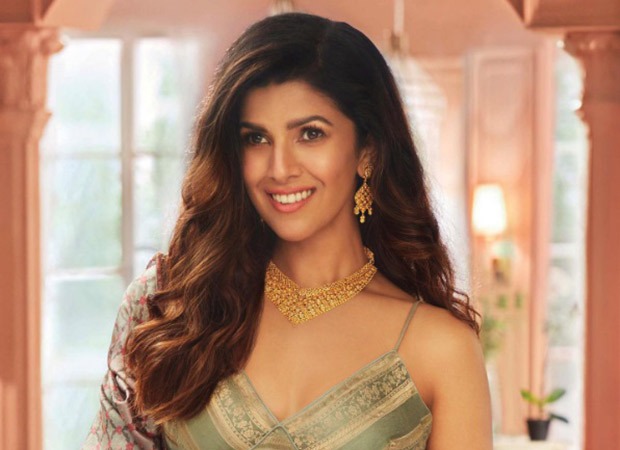 Actress Nimrat Kaur is currently gearing up for her much-anticipated release,Â Dasvi. The social-comedy drama co-starring Abhishek Bachchan and Yami Gautam will take on a heavy subject packaged well in an entertainment box. InÂ Dasvi,Â Nimrat Kaur will venture into a never-before-seen cinematic space. The path-breaking star would perform a character of new shade from what she had done earlier.

Well, the actor is about to turn a year older tomorrow that is 13th March 2021. On her 40th birthday, Nimrat has some really amazing plans which she shared in an exclusive interview withÂ Bollywood Hungama.

Talking about her pre-birthday celebrations, Nimrat shared, “Well, I’m out with my family for a staycation near Jaipur and we’ve all met after years. My two sisters, my brother in law, my parents, all of us and got together after three years. Since the pandemic hit the world, we all couldn’t get together. So it’s really really special. It’s a very invigorating time to be with the family. And I’m also on a personal note, I love being in Rajasthan because that is where I was born. It’s my birth state. So it’s really special to be here to be celebrating my birthday. Two days ago, I went to the Dargah Shareef in Ajmer. Again, I haven’t been there in about three, four years now. That was extremely special as well. Really, it’s very, very lovely for me to be here.

There were also some reports that the actress had a pre-birthday bash in Mumbai with Jack Bhagnani and Rakul Preet Singh before heading to Rajasthan. Dismissing the report, Nimrat stated, “No, that is inaccurate. Actually, I was with my group of close friends and with the venue I was at, you know, it’s a huge place. So there were a lot of people out there so I was with my friend whom I’ve known for like 15 years or so now. I was also like throwing a party after So, so long because you know, each time I will start to like plan a birthday party, we would go into lockdown. Everybody was like, oh my god, let’s just have a nice party because it’s been so long. So yeah, like for two years now I was planning about the topic we were going to lockdown. So it was a great night. I had a wonderful time. It was like coming together of all my close friends and people that mean a lot to me. So it was really wonderful. Yeah.

Finally revealing the plans for her birthday, the actress said, ” Well, yes, tomorrow. We’re all going to be together there’s going to be more and more eating and that’s what we all love doing. In Rajasthan, the food is fabulous and the weather is lovely right now it’s not too hard. We’re going to be seeing some nice historic places around the area. And then I will be going back to Noida with my family and We’ll all be doing a nice evening, high tea kind of a thing with my grandmother because she couldn’t join us it’s too much for her to travel. So the birthday celebrations are going to continue even beyond tomorrow. So, yeah, I’m just really enjoying my family time and just kind of catching up with everyone. It’s so rejuvenating, and it’s really the best way to celebrate on birthday and, and just to take blessings. It is just the most beautiful way to start the week for me so.”

Â ALSO READ:Nimrat Kaur wraps the shoot of Dasvi; says the character will be etched in her heart as the happiest and most thrilling