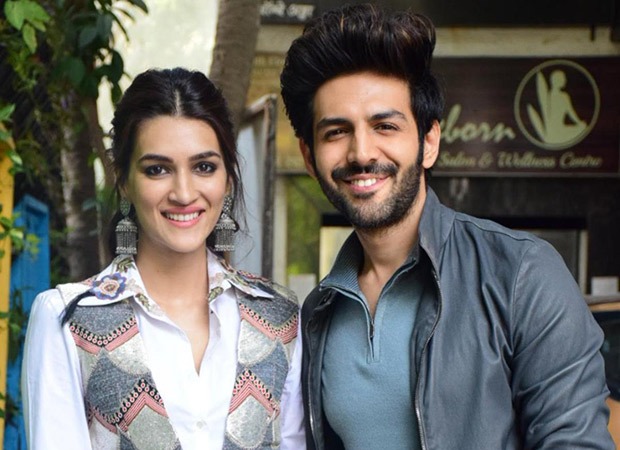 Kartik Aaryan has become one of the most bankable actors from Bollywood with a row of successful films in last few years. His last outing Bhool Bhulaiyaa 2 is one of the few superhits from this year, which has been anything but good for the industry.

But along with giving hit films, Kartik has also succeeded in looking good with a lot of actresses he has been paired opposite.

In a recent exclusive video chat with Bollywood Hungama, Kartik was asked what all has he learnt from his female co-stars. He had an unusual and surprising answer for Kriti Sanon. He said, “She thinks a lot,” and added laughingly, “If that’s a learning.”

Kartik and Kriti were paired opposite each other in Laxman Utekar’s Luka Chuppi. The romantic-comedy, which released in 2019, became successful at the box office.

Moving onto other actresses, Kartik learnt from his Bhool Bhulaiyaa 2 co-star Kiara Advani to be punctual. Now, this is something big stars are not known for.

Similarly, Kartik believes that one can learn to be sincere in our work from Alaya F. Kartik is starring alongside her in the romantic-mystery drama Freddy.

The film will stream on Disney+ Hotstar from December 2.

Also Read: EXCLUSIVE: Freddy star Kartik Aaryan recalls meeting Shah Rukh Khan for the first time: ‘I was so happy that he looked at me’