EXCLUSIVE: Urvashi Rautela rejects proposal from Egyptian singer since he has two wives and four children; says, “I don’t like broken family, no one in my family has been divorced yet” : Bollywood News – Bollywood Hungama 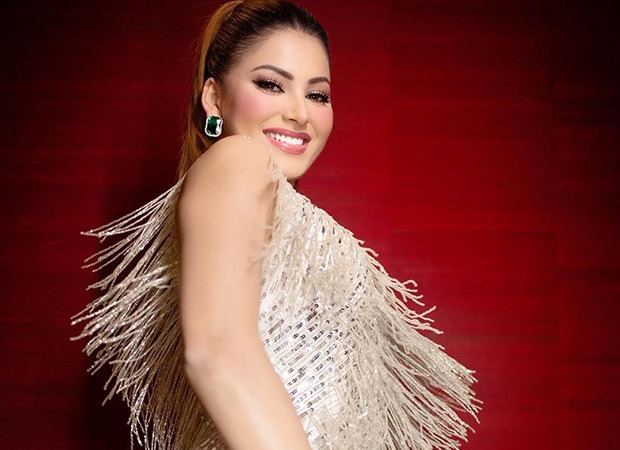 In a candid conversation with Bollywood Hungama, Urvashi Rautela made some rather interesting and surprising revelations about her personal life. From talking about the ‘RP’ in her life to also speaking on a proposal she received from an Egyptian singer, the actress went all out while talking about her personal life. She also mentioned that she actually rejected that proposal owing to cultural differences. She also went on to assert that no one in her line of family have ever been divorced and that she, herself, hopes that she lives up to to it.

EXCLUSIVE: Urvashi Rautela rejects proposal from Egyptian singer since he has two wives and four children; says, “I don’t like broken family, no one in my family has been divorced yet”

She went on to share, “Bahar ke logon ka mujhe nahi pata. Meri bahut saari friends jo achanak se kuch bhi kardeti hai and sometimes I feel ki yeh aise kaise kar deti hai. But I have a family to answer and main aisa decision nahi le sakti – ki main itni door chali gayi hoon. Woh wahaan, main yahan? (I don’t know about other people and what they think. I do have some friends, who can be that impulsive and sudden and sometimes I keep wondering, how they can do it without thinking so much. But in my case, I have a family to answer and can’t make any decision like that. Moreover, I can’t be that far away from them. Plus we can’t be like, he stays there, I stay here)”

“I think family ka ekkate rehna bahut zaruri hai. Usmein ek alag hi ek enjoyment hai. Jab family puri ekatte hote hi, I like that feeling. I don’t like this broken family thing. Meri family ek mein bhi kisika divorce nahi hua hai. Jahan se main aati hoon, wahan kisi ka bhi divorce nahi hua hai toh mujhe pata hi nahi hai ki divorce ka kya matlab hota hai. Jab main Mumbai mein aayi, I realized yahan to aaye din divorces hote rehte hain. So, if feel if I am lucky, my husband will be someone like my father. Otherwise, I don’t know. (I think a family should always stay together because that’s where the enjoyment lies. I love the feeling when the entire family gets together. I don’t like this broken family thing. In my family, no one has been divorced until now. From where I come, I don’t think I have seen divorce. In fact, I don’t even know what divorce is like. Only when I came to Mumbai, I realized that divorce here is so common.)” she concluded.

Urvashi Rautela, who has been a beauty pageant winner, hails from Uttarakhand. The actress is currently one of the most popular actresses down South.