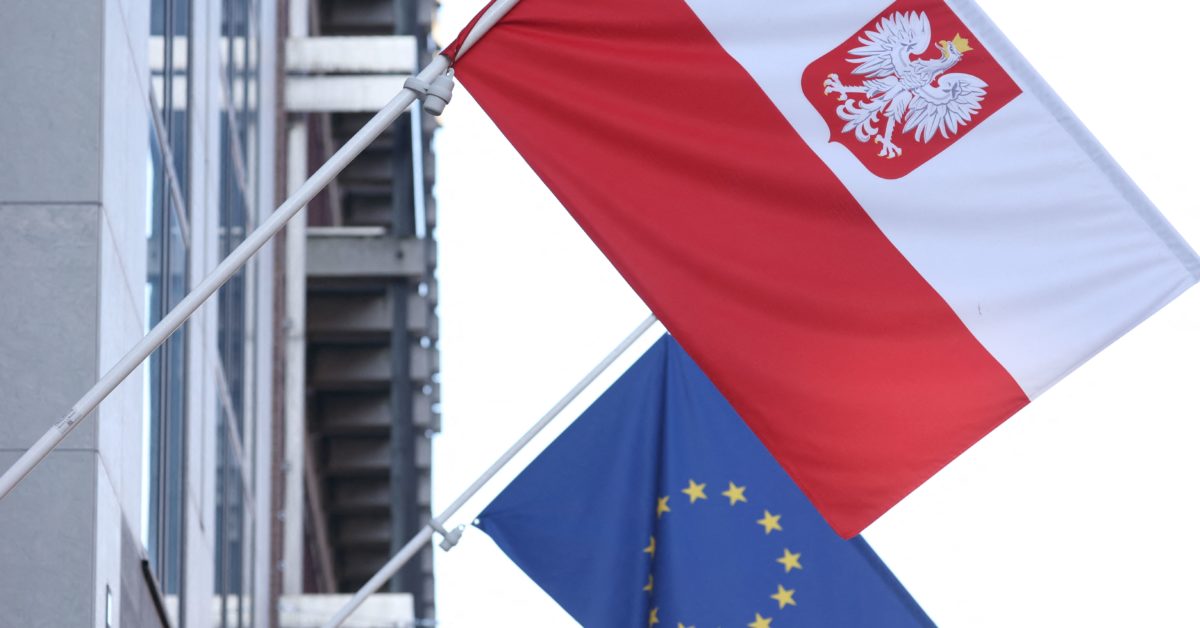 A ruling from a top Polish court, swiftly embraced by the countryâ€™s government, has set Warsaw on a collision course with Brussels.

Thursdayâ€™s ruling by Polandâ€™s Constitutional Tribunal concluded that the national constitution had primacy over EU law, effectively rejecting the legal bedrock upon which the European Union is based.

The judgment is the latest in a long line of clashes between Poland and the EU establishment and it triggered strong reactions across the bloc.

European Commission President Ursula von der Leyen said Friday she was â€œdeeply concernedâ€ by the ruling and pledged to â€œuse all the powersâ€ at her disposal to enforce EU laws.

But what exactly did the Polish judges decide? Why is it such a big deal? And what options does Brussels have when it comes to a response?

Here are the answers to those and other key questions:

What did the Polish judges decide?

The court saidÂ on Thursday that four crucial provisions of the main EU treaty clash withÂ â€” and should not prevail over â€” the Polish constitution:

Article 1 of theÂ Treaty on European Union, where EU countries agree to set up the Union, which they call â€œa new stage in the process of creating an ever closer union among the peoples of Europe.â€Â

Article 2 contains the Unionâ€™s main valuesÂ ofÂ â€œrespect for human dignity, freedom, democracy, equality, the rule of law and respect for human rights, including the rights of persons belonging to minoritiesâ€ inÂ a society in whichÂ â€œpluralism, non-discrimination, tolerance, justice, solidarity and equality between women and men prevail.â€

Article 4.3 establishes a principle of â€œsincere cooperationâ€ for EU countries and the Union to â€œassist each other in carrying out tasks which flow from the Treaties.â€

Article 19 introduces the Court of Justice of the European Union, saying it â€œshall ensure that in the interpretation and application of the Treaties the law is observed.â€

The Polish judges say that Articles 1 and 4 allowed the Union to act â€œbeyond the limits of competences transferred by the Republic of Poland in the treaties.â€

The tribunal also ruled that, through Articles 19 and 2, European courts illegally override the Polish constitution, including by checking the legality of the appointment of judges.Â

Franceâ€™s Clement Beaune warned Poland risks a â€œde factoâ€ exit from the EU. Is he right?

The prospect of Poland being legally frozen out of the EU looks remote. The EUâ€™s Article 7 procedure allows the suspension of a member countryâ€™s voting rights â€” but needs the support of all other members to get that far.

Both Poland and Hungary have been in the early stages of the Article 7 proceedings for years but the process has gone nowhere. If things got serious, each could rely on the other to block a move to force them out.

Why is Poland getting so much flak? Didnâ€™t Germanyâ€™s top court do something like this?

Germanyâ€™sÂ Constitutional CourtÂ did indeedÂ confrontÂ the EUâ€™s legal order. The judges in Karlsruhe found that theÂ European Central BankÂ (ECB) overstepped its mandate by approvingÂ bond-buying programsÂ and dismissed a ruling by the Court of Justice of the European Union (CJEU) that gave its blessing to the ECB.

Dehousse also pointed to recent commentsÂ by the EUâ€™s former Brexit negotiator â€” and now French presidential hopeful â€” Michel Barnier, who said thatÂ France must regain its â€œlegal sovereignty in order to no longer be subject to the judgmentsâ€ of theÂ CJEUÂ and the European Court of Human Rights.

But Dehousse and other professors said the German and Polish rulings were quite different. For one thing, the Polish ruling came in response to a request from the government. The German government in contrast did not implement the judgment from the Constitutional Court in Karlsruhe.

Piet Eeckhout, a professor of EU law at University College London, noted that unlike the German ruling, which concerned one particular situation with the ECB, the Polish decision is â€œsystemicâ€ and â€œclearly rejects the values underpinning the EU.â€

What can the European Commission do now?Â

The Commission said in a statement that it â€œwill not hesitate to make use of its powers under the Treaties to safeguard the uniform application and integrity of Union law.â€

It essentially has two options.

It can start an infringementÂ procedure, as it has done several times against Poland and Hungary, and alsoÂ did last yearÂ following the decision of Germanyâ€™s Constitutional Court. This is a legal process that the Commission can use when it believes a country has violated EU law.

Such cases go to the CJEUâ€™s higher court, the Court of Justice, which can impose daily fines until the infringements stop. If Poland refused to pay, the Commission could withhold the money from other sources of funding.Â

The alternative is a more direct cut of the money flowing from the Unionâ€™s cohesion or recovery funds. The EU has already been delaying payouts from the COVID recovery fund to Hungary and Poland by holding up approval of the countriesâ€™ national recovery plans.

How is this likely to play out?Â

â€œIf the Polish government thinks this is a bargaining chip in the [recovery] negotiations so that the Commission gives up on [linking the payments to rule-of-law demands], that will be completely counterproductive,â€Â Eeckhout said.

Dehousse noted that the Polish ruling highlights the absence of a proper control mechanism for rule-of-law provisions in the treaties. â€œThe Polish decision puts [the EU] in a difficult place. It will be difficult to negotiate a compromise,â€ he said.

For Eeckhout, â€œthe only reasonable thingâ€ for the EU to do now is to double down.

â€œIf we take this judgment seriously, this has to be resolved. The EU should say: You now have to change the Polish constitution or you cannot remain a member state,â€Â he said.

â€œThis will go on for quite some time. Ultimately, Poland should leave or accept implications of membership,â€ Eeckhout added.

Zosia Wanat contributed to this article.