Explained: What is SC’s ‘Kihoto Hollohan’ judgment, and why is it relevant in the context of the crisis in Maharashtra? 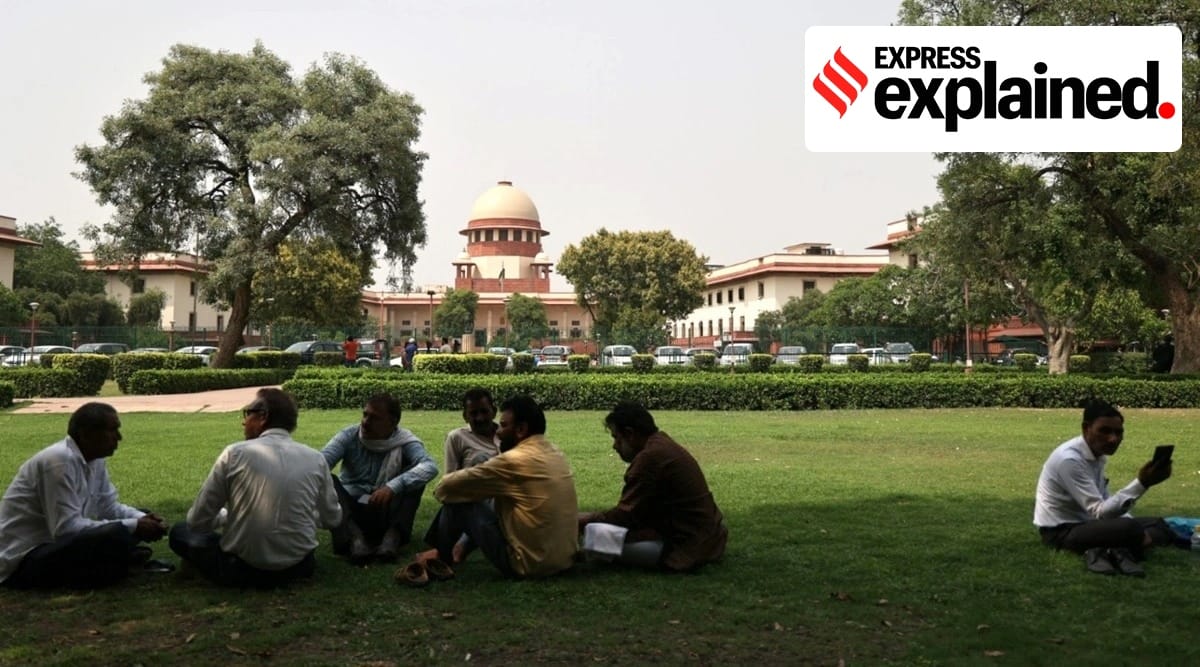 As the political battle in Maharashtra moves to the Supreme Court, the role and powers of the Deputy Speaker are in focus.

On Monday (June 27), the top court gave the 16 rebel Shiv Sena MLAs until July 12 to respond to the disqualification notice issued by the Deputy Speaker. Among other things, the petition had challenged the short time — 48 hours — given to the rebel MLAs to respond.

In the context of the crisis, references have been made to the landmark judgment in ‘Kihoto Hollohan vs Zachillhu And Others’ (1992), in which the Supreme Court upheld the sweeping discretion available to the Speaker in deciding cases of disqualification of MLAs.

However, as rebel leader Eknath Shinde’s petition before the court has argued, in ‘Kihoto Hollohan’, the SC held that “the Speaker/Deputy Speaker while deciding disqualification Petition under the 10th Schedule as such a Tribunal and therefore it is incumbent upon the Deputy Speaker to afford a reasonable opportunity of hearing and defending his case to the Petitioner”.

What is the ‘Kihoto Hollohan’ case?

The law covering the disqualification of lawmakers and the powers of the Speaker in deciding such matters became part of the statute book in 1985 when the Tenth Schedule to the Constitution, commonly known as the ‘anti-defection law’, was adopted.

A constitutional challenge to the Tenth Schedule was mounted, which was settled by the apex court in ‘Kihoto Hollohan’.

The principal question before the Supreme Court in the case was whether the powerful role given to the Speaker violated the doctrine of basic structure — the judicial principle that certain basic features of the Constitution cannot be altered by amendments by Parliament.

The Supreme Court laid down the doctrine of basic principle in its landmark judgment in ‘Kesavananda Bharati vs State Of Kerala’ (1973).

What does the Tenth Schedule of the Constitution say?

The Tenth Schedule, which was inserted in the Constitution by the Constitution (Fifty-Second Amendment) Act, 1985, provides for the disqualification of Members of Parliament and state legislatures who defect.

Paragraph 2 of the Schedule says that “a member of a House belonging to any political party shall be disqualified from being a member of the House… if he has voluntarily given up his membership of such political party; or if he votes or abstains from voting in such House contrary to any direction issued by the political party… without obtaining… prior permission…”

And what is the extent of the Speaker’s powers under the Tenth Schedule?

Paragraph 6(1) of the Tenth Schedule describes the Speaker’s sweeping discretionary powers: “If any question arises as to whether a member of a House has become subject to disqualification under this Schedule, the question shall be referred for the decision of the Chairman or, as the case may be, the Speaker of such House and his decision shall be final.”

What did the Supreme Court rule in ‘Kihoto Hollohan’?

The petitioners in ‘Kihoto Hollohan’ argued whether it was fair that the Speaker should have such broad powers, given that there is always a reasonable likelihood of bias.

The majority judgment authored by Justices M N Venkatachaliah and K Jayachandra Reddy answered this question in the affirmative: “The Speakers/Chairmen hold a pivotal position in the scheme of Parliamentary democracy and are guardians of the rights and privileges of the House. They are expected to and do take far reaching decisions in the Parliamentary democracy. Vestiture of power to adjudicate questions under the Tenth Schedule in them should not be considered exceptionable.”

They added that the Schedule’s provisions were “salutory and intended to strengthen the fabric of Indian Parliamentary democracy by curbing unprincipled and unethical political defections.”

Did all judges on the Bench agree with this view?

No, Justices Lalit Mohan Sharma and J S Verma dissented and took a different view: “The tenure of the Speaker, who is the authority in the Tenth Schedule to decide this dispute, is dependent on the continuous support of the majority in the House and, therefore, he does not satisfy the requirement of such an independent adjudicatory authority.”

They added: “An independent adjudicatory machinery for resolving disputes relating to the competence of Members of the House is envisaged as an attribute of the democratic system which is a basic feature of our Constitution… [the Speaker’s] choice as the sole arbiter in the matter violates an essential attribute of the basic feature.”

What about the role of the Deputy Speaker?

Maharashtra has been without a Speaker since February 2021, and Deputy Speaker Narhari Zirwal has been carrying out the responsibilities of the position.

Article 95(1) says: “While the office of Speaker is vacant, the duties of the office shall be performed by the Deputy Speaker”.