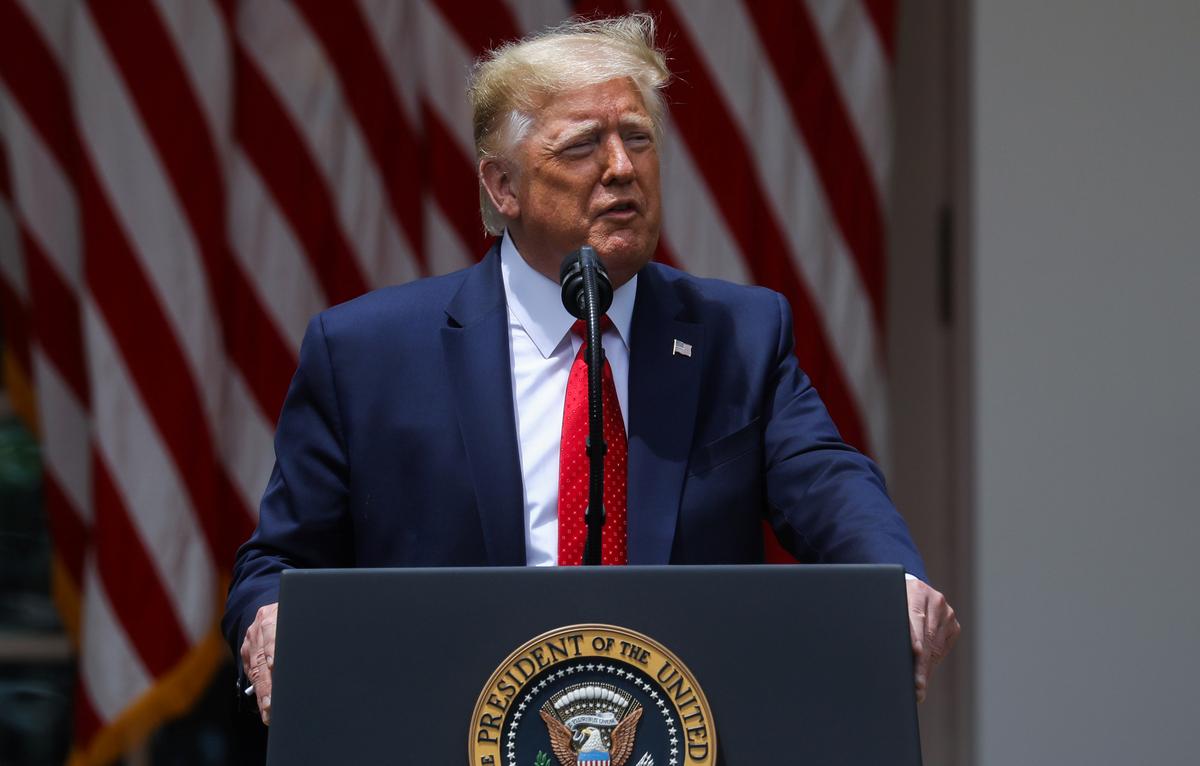 FILE PHOTO: U.S. President Donald Trump speaks about police reform before signing an executive order on the issue in the Rose Garden at the White House in Washington, U.S., June 16, 2020. REUTERS/Leah Millis

(Reuters) – Facebook Inc (FB.O) said on Thursday it took down posts and ads run by the re-election campaign of U.S. President Donald Trump for violating its policy against organized hate.

The ads showed a red inverted triangle with text asking Facebook users to sign a petition against antifa, a loosely organized anti-fascist movement.

In a tweet on Thursday, the Anti-Defamation Leagueâ€™s CEO, Jonathan Greenblatt, said of the symbol: â€œThe Nazis used red triangles to identify their political victims in concentration camps. Using it to attack political opponents is highly offensive.â€

The Facebook ads were run on pages belonging to Trump and Vice President Mike Pence, and also appeared in ads and organic posts on the â€œTeam Trumpâ€ page.

â€œThe inverted red triangle is a symbol used by Antifa, so it was included in an ad about Antifa,â€ Tim Murtaugh, a spokesman for the Trump campaign, said in an email.

â€œWe would note that Facebook still has an inverted red triangle emoji in use, which looks exactly the same, so itâ€™s curious that they would target only this ad. The image is also not included in the Anti-Defamation Leagueâ€™s database of symbols of hate.â€

A spokesman for the ADL said its database was not one of historical Nazi symbols but of those â€œcommonly used by modern extremists and white supremacists in the United States.â€

He also said that there have been some antifa who have used the red triangle, but that it was not a particularly common symbol used by the group.