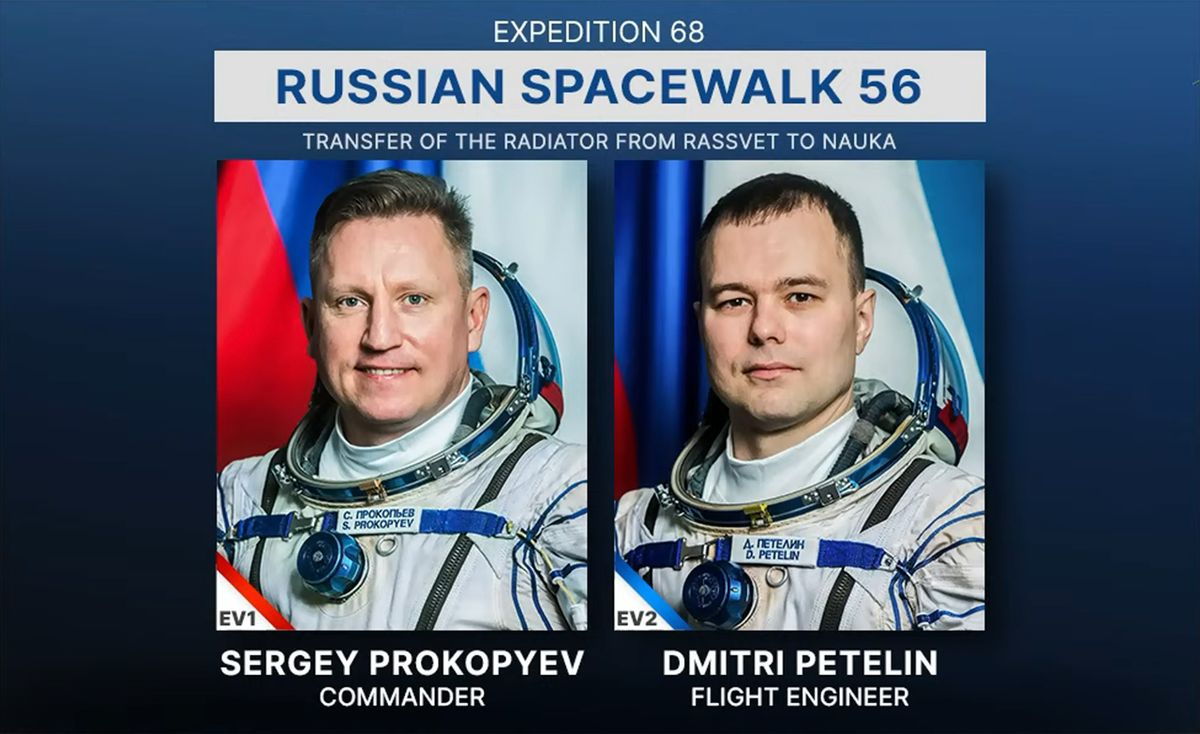 A scheduled spacewalk outside of the International Space Station was aborted on Friday (Nov. 25), after a problem was discovered with one of the two Russian cosmonauts’ spacesuits.

Expedition 68 commander Sergey Prokopyev and flight engineer Dmitry Petelin, both of the Russian federal space corporation Roscosmos, had not yet entered the airlock to begin what had been planned as a six-hour, 40-minute extravehicular activity (EVA), when Prokopyev reported an issue with the cooling system in his Orlan spacesuit.

“The two cosmonauts had spent several hours suiting up for the spacewalk. They had gotten to the point in their timeline for pre-spacewalk preparations where they were going to do systems checks and then climb inside the airlock to depressurize and open up the hatch,” said NASA public affairs officer Rob Navias, who was to provide commentary on the spacewalk from the Mission Control Center at the U.S. agency’s Johnson Space Center in Houston.

In pictures: The most memorable spacewalks in history

“Prokopyev reported that a backup pump, one of two redundant pumps for the ventilation unit in his suit, was not operating properly, not providing the proper cooling for his suit,” said Navias on NASA TV.

“The primary pump on Prokopyev’s suit was operating normally, but the backup pump would not,” said Navias. “As a result, Russian flight controllers in Korolyov, the Russian Mission Control Center, decided to call off today’s spacewalk.”

The abort will now delay the relocation of a heat-dispelling radiator and a different airlock from their mount on the Rassvet mini-research module to a newer component on Russian segment of the space station, the Nauka multipurpose laboratory module. Both the radiator and the airlock had been launched 12 years ago with Rassvet aboard the U.S. space shuttle Atlantis as part of the STS-132 mission.

In preparation for Friday’s spacewalk, the European robotic arm mounted on Nauka had been extended and had grabbed hold of the radiator to be moved. Work is now underway to re-stow the arm until it is next needed. Cosmonaut Anna Kikina had been tasked with operating the arm from a control station inside the space station during the spacewalk.

The postponed EVA was the second spacewalk in a planned series to support the hardware moves. Prokopyev and Petelin previously performed an EVA together on Nov. 17, during which they prepared the radiator for its relocation and installed a mounting system for the airlock.

It is not yet known when the aborted spacewalk will be rescheduled, given other activities on the space station. Two U.S. spacewalks are planned for Dec. 3 and Dec. 19 to install new solar arrays on the U.S. operating segment of the space station. A SpaceX cargo spacecraft is also expected to arrive at the station on Sunday (Nov. 27), the day after its scheduled launch from NASA’s Kennedy Space Center in Florida.

Today’s incident was the second spacesuit problem that cosmonauts have experienced in the past few months. A Russian spacewalk on Aug. 17 was cut short after Oleg Artemyev reported a voltage fluctuation in the battery power for his suit.