Family Of Black Man Killed By Philly Cops Called For Ambulance, Not Police 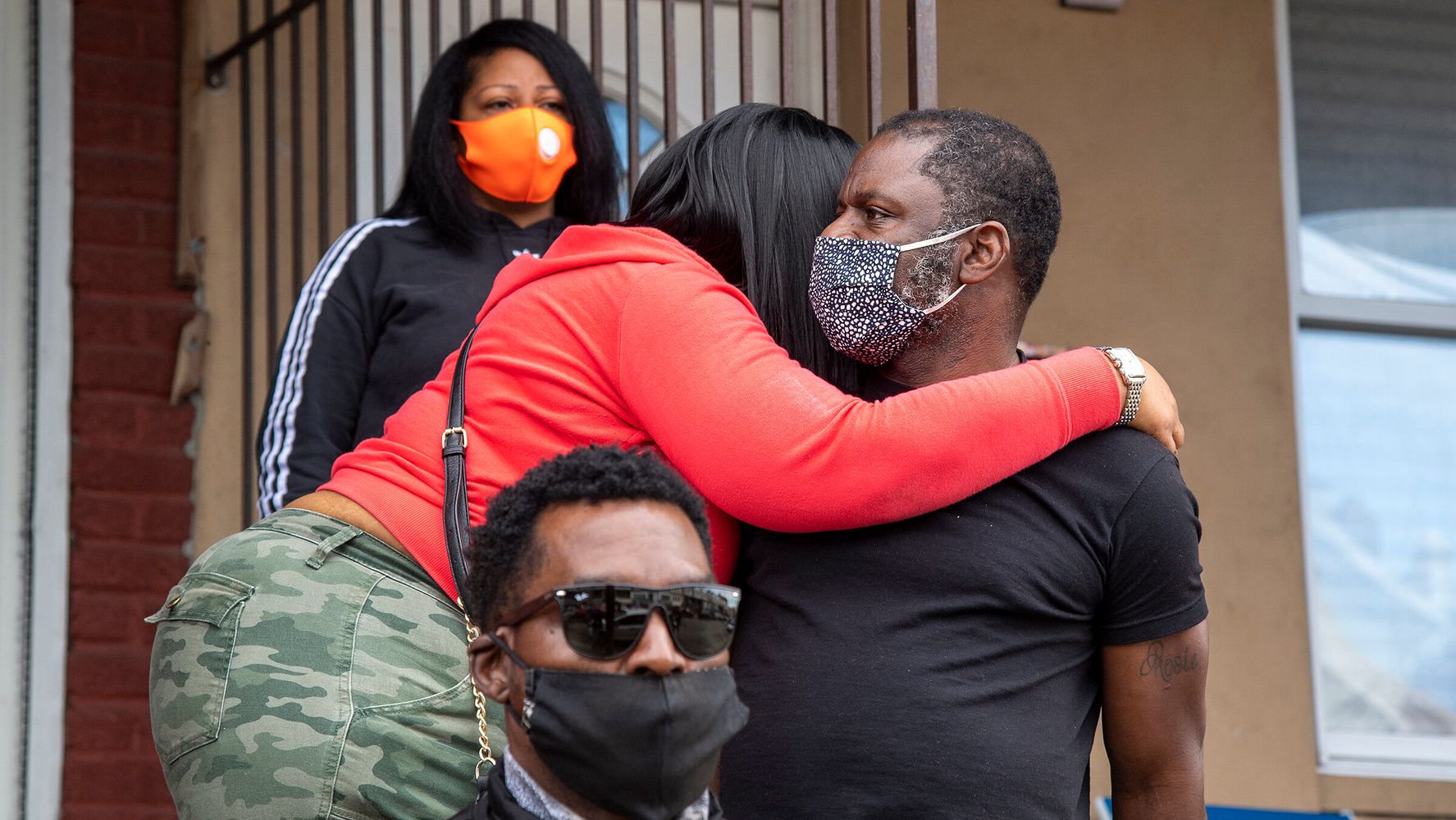 PHILADELPHIA (AP) â€” The family of a Black man killed when Philadelphia police officers fired a dozen rounds in a shooting caught on video had called for an ambulance to get him help with a mental health crisis, not for police intervention, their lawyer said Tuesday.

Additionally, Walter Wallaceâ€™s wife is pregnant and is scheduled to have labor induced in coming days, the lawyer, Shaka Johnson, told reporters from the steps of a family home. Wallaceâ€™s father planned a statement later Tuesday, Johnson said.

Philadelphia officials anticipated a second night of unrest Tuesday, and a Pennsylvania National Guard spokesperson told The Inquirer that several hundred guardsmen were expected to arrive in the city within 24 to 48 hours.

Chief Police Inspector Frank Vanore said earlier at a news conference that police had received a call Monday about a man screaming and that he was armed with a knife.

The two officers each fired at least seven rounds â€” at least 14 total shots â€” but could not say how many times Wallace, 27, was struck.

Wallaceâ€™s father, Walter Wallace Sr., earlier told The Philadelphia Inquirer that his son was on medication and struggled with his mental health.

The officers had not been interviewed as of Tuesday afternoon, Police Commissioner Danielle Outlaw said. She said the officersâ€™ names and other identifying information, including their race, would be withheld per department policy until the department could be sure releasing the information would not pose a threat to their safety. Neither officer had a Taser or similar device, with Outlaw saying the department has previously asked for funding to equip more officers with those devices.

Wallace was shot before 4 p.m. Monday in an episode filmed by a bystander and posted on social media. Witnesses complained that police fired excessive shots.

Police arrested at least 91 people during unrest Monday night and Tuesday morning, with three people cited for failing to disperse and about a dozen charged with assault of an officer. Police had previously said 30 officers were injured in the unrest, most of them hit with thrown objects like bricks. One officer was still hospitalized Tuesday with a broken leg after being purposely run over by a pickup truck, police said.

Officials with the Fraternal Order of Police, the union representing officers in Philadelphia, said the officer injuries were unacceptable and called for public patience as the investigation into the shooting continued.

Officers said they found Wallace holding a knife and ordered him to drop the weapon several times. Wallace advanced toward the officers, who fired several times, said Officer Tanya Little, a police spokesperson.

In the video, a woman and at least one man follow Wallace, trying to get him to listen to officers, as he briskly walks across the street and between cars. The woman, identified by family members as Wallaceâ€™s mother, screams and throws something at an officer after her son is shot and falls to the ground.

The video does not make it clear whether he was in fact holding a knife, but witnesses said he was.

Wallace was hit in the shoulder and chest, Little said. One of the officers drove him to a hospital, where he was pronounced dead a short time later, she said.

No officers or bystanders were injured in the initial confrontation, Little said. Both were wearing body cameras and were taken off street duty during the investigation.

Outlaw and other city officials said police were stationing extra officers on business corridors in west Philadelphia and elsewhere in preparation for more unrest.

Outlaw said earlier Tuesday that she had requested aid from neighboring counties as well as the National Guard. Mayor Jim Kenney had said the city had been in talks with the state about possible National Guard help related to elections, but a spokesperson for the Guard told the Inquirer that their presence would be related to the unrest.

Hundreds of people took to the streets in west Philadelphia Monday night and into the early hours of Tuesday, with interactions between protesters and police turning violent at times, the Inquirer reported. Video showed many yelling at officers and crying.

Dozens of protesters gathered at a nearby park, chanting â€œBlack lives matter.â€ Police cars and dumpsters were set on fire as officers struggled to contain the crowds. More than a dozen officers, many with batons in hand, formed a line as they ran down 52nd Street, dispersing most of the crowd.

The 52nd Street corridor was also the site of protests against police brutality at the end of May, after George Floyd was killed by Minneapolis police. Those protests have been the subject of City Council hearings, with protesters describing harsh and unnecessary tactics, including tear gas and projectiles fired by police.