The family of jailed rights activist Guo Hongwei, who died on April 9 after surgery while serving a 13-year jail term in the northeastern Chinese province of Jilin, say there are many unanswered questions around his illness and death.

“We are not convinced,” Guo’s father Guo Yinqi told RFA on Tuesday. “He mustn’t be cremated until the cause of death is known.”

“There needs to be due process and [the cause of death] must be identified.”

Guo Yinqi said the family had wanted to take pictures of Guo Hongwei’s body when they went to identify it.

“We wanted to take pictures of him … after his death, but a number of prison guards were there, and they wouldn’t let us,” he said.

Guo Yinqi said the family had doubts around the refusal of prison authorities to order medical parole for Guo despite his systolic blood pressure readings of around 260 consistently during the last two years.

“He was persecuted [to death],” Guo Yinqi said. “Not allowing a critically ill patient with systolic blood pressure of 260 out on medical parole is the same as killing them.”

Guo Yinqi said Guo Hongwei had been transferred to Gongzhuling Prison after the family reported that he was being tortured at Songyuan Prison near Jilin’s Siwei city.

“We weren’t allowed to see him after the transfer to Gongzhuling Prison, and we couldn’t have phone calls with him either,” Guo Yinqi said. “And after being transferred to Gongzhuling Prison, he will not be allowed to meet. , And phone calls are not allowed. We wanted to take pictures when we were in the funeral after death. Several prison guards were there and were not allowed to take pictures.”

Guo Hongwei died on April 9 after undergoing two operations for cerebral hemorrhage on April 4 and 5.

Guo Yinqi said that, while there was no indication of external, physical attacks on his son’s body, the family wanted a full investigation into his death to establish responsibility.

“We have suspicions, because the issue that killed him was in his brain, and they won’t release his [remains] to us, nor the scans [of his brain],” he said.

“They say this has to be dealt with in a ‘unified’ manner, and so it can’t be handed over the family,” Guo Yinqi said.

Rights lawyer Xie Yanyi said he plans to assist the family in demanding an autopsy and inquest into Guo Hongwei’s death.

“Further investigation is needed, as well as the issue of the autopsy, and gaining access to video surveillance footage and medical records,” Xie told RFA.

“Prisons have obligations to cooperate under the Criminal Procedure Law and the Prisons Law,” he said. “Guo Hongwei should have been granted medical parole for his own protection once his health had deteriorated to that point.”

The family has said Guo was torture and held in solitary confinement in a tiny cell with no light or toilet facility during much of his time at Songyuan Ningjiang Prison in Jilin.

In May 2020, prison guard Lu Jiaxun locked him in a cell filled with peracetic acid, causing him choke, they said, yet the guard only received a small deduction from his bonus as punishment.

Guo Yinqi filed a complaint to the Jilin provincial prison administration bureau at the time of that incident, but has yet to receive a response.

Guo was transferred to Gongzhuling Prison on Nov. 26, where he was held incommunicado, with authorities citing pandemic restrictions as the reason for the ban on visits. However, phone calls weren’t permitted either.

When he was finally admitted to the Jilin Guowen Hospital in early April, police told one of the surgeons operating on him that he had been in a similar condition for more than two months. He was already in a coma at the time of admission, they told RFA.

Guo Hongwei’s mother Xiao Yunling said Guo had once been a strong and well-built man of 1.73 meters who had never been troubled by illness.

Whatever treatment was meted out to him in prison left him unable to walk and with life-threatening hypertension.

“Rest easy, son. Mom will avenge you,” Xiao said. “Why did they frame my son? I won’t be able to rest another day until I find out.”

“Why did he have a cerebral hemorrhage? This happened all of a sudden in April,” she said. “Why was he so skinny? Why didn’t they give my son more food?”

“I was almost killed during my medical appraisal and outpatient consultation. I was admitted to hospital, and four people on that ward died one after the other,” Wang said.

One of them was a detained member of the banned Falun Gong spiritual movement, Wang said. “One was a Falun Gong practitioner who had a fracture in his arm, and he lost the use of his arm entirely after the operation.”

“The government hates political prisoners,” Wang said. “It’s much easier for them to take their lives through medical malpractice; we are just like meat on a chopping board.”

Guo lost his job at the Songdianhe Power Plant and was jailed for five years after he reported Xu Wengui, an official at the local state prosecutor’s office, for embezzling state funds.

He served a five-year jail term, and continued his human rights activism and petitioning activities on his release.

He was already unable to walk by the time of his second jail term, begun in 2016, for “extortion” and “picking quarrels and stirring up trouble,” after he pursued rights cases and petitions, and expressed public support for the 2014 pro-democracy movement in Hong Kong.

His mother has served a six-year jail term, while his sister Guo Hongying is still serving a five-and-a-half year jail term, both on similar charges that include “picking quarrels and stirring up trouble,” a charge frequently used to target peaceful critics of the ruling Chinese Communist Party (CCP).

“Three members of our family have been sent to jail for trying to protect state assets,” Guo Yinqi said. “Marriages have broken up and the family has been destroyed.”

“The prosecution services and law enforcement in Jilin province are all in it together; they all protect each other, and they ganged up on our family,” he said. “Lawyers are too afraid to take our case because they could lose their livelihoods.”

Guo Hongwei’s defense attorney Huang Hanzhong told RFA that the family had instead been held up as a disgrace by CCP-controlled media, for allegedly “extorting” money from local government.

“This case was a total fabrication, a travesty of justice,” Huang said. “This so-called 300,000 yuan they were supposed to have extorted, and all they got out of it was a severely hypertensive patient who couldn’t even walk.”

“How is he supposed to have extorted money from more than 5,000 police officers? It’s a joke.”

Outside the Olympic Cocoon, a Tokyo Abuzz Only With Cicadas 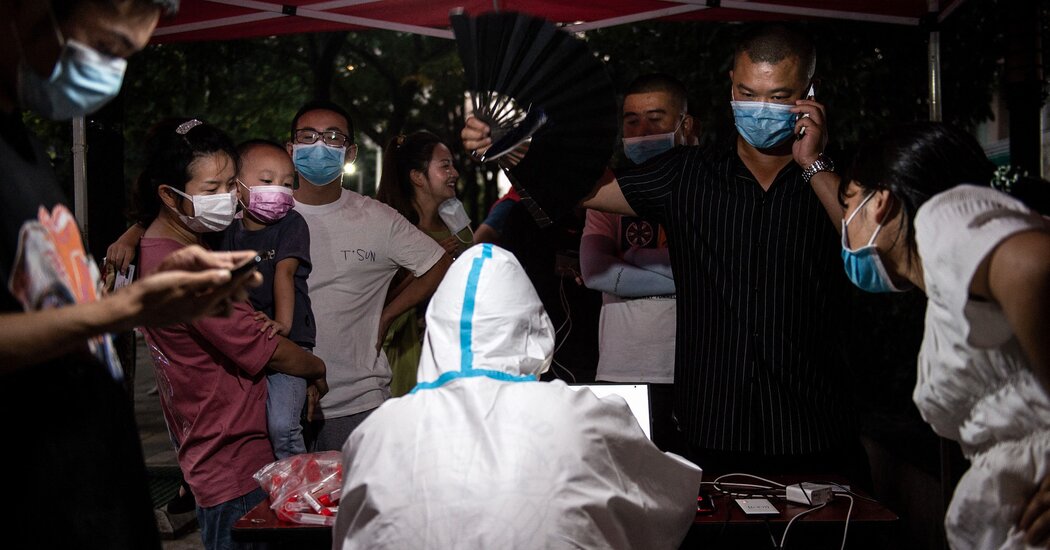