Fans questioned by police over Russian flags at Australian Open 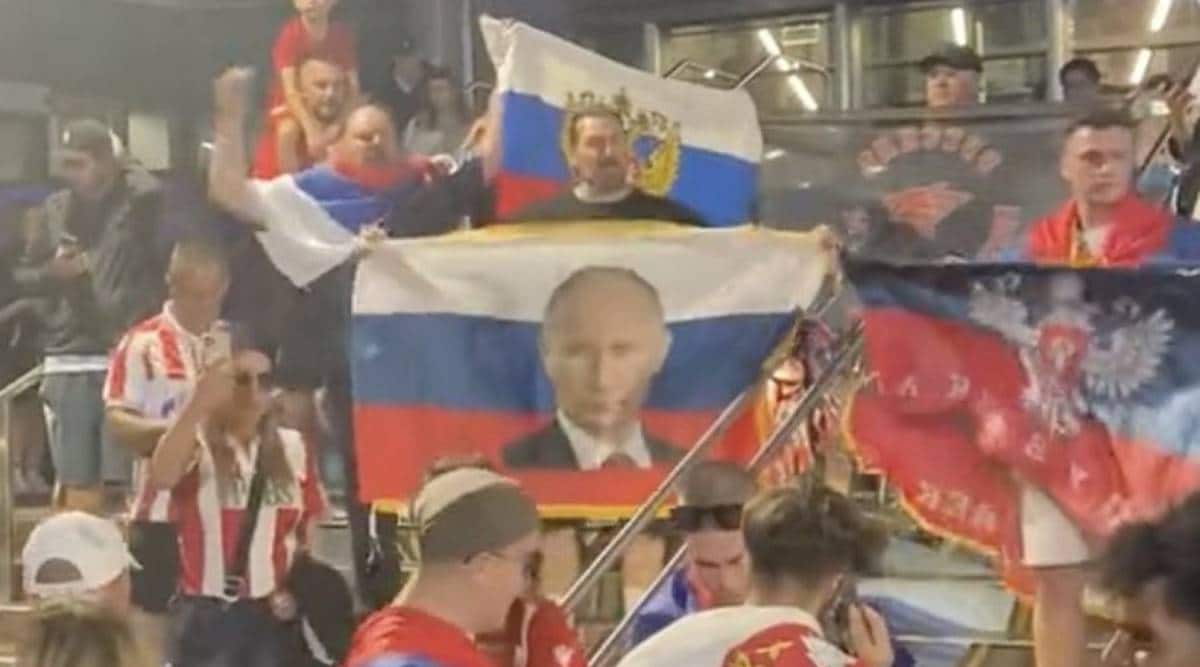 Four supporters at the Australian Open with “inappropriate flags and symbols” are being questioned by Victoria Police following the quarter-final between Russia’s Andrey Rublev and favourite Novak Djokovic, organisers Tennis Australia said on Wednesday.

Just took a walk around Melbourne Park after filing and a group of people were standing on the Rod Laver Arena steps, holding up a flag with Vladimir Putin’s face and chanting in support of Russia. pic.twitter.com/2p0LfkyVC3

Tennis Australia did not provide details, but a video emerged on social media showing a fan on the steps of Rod Laver Arena holding up a Russian flag with the image of President Vladimir Putin on it.

Russian and Belarusian flags are banned from Melbourne Park during the Australian Open after a complaint from the Ukraine ambassador to the country last week. Belarus is a key staging ground for Russia’s war in Ukraine, which Moscow terms a “special operation”.

“Four people in the crowd leaving the stadium revealed inappropriate flags and symbols and threatened security guards. Victoria Police intervened and are continuing to question them,” Tennis Australia said in a statement.

“The comfort and safety of everyone is our priority and we work closely with security and authorities.”

Photos on social media also showed one fan in the crowd during the quarter-final with a large “Z” on his shirt.

Russian forces have used the letter “Z” as an identifying symbol on their vehicles in Ukraine following the invasion. Some supporters of the invasion have also used the sign.

Ukraine’s Former player Alexandr Dolgopolov urged Tennis Australia to issue a life ban for the individual in a tweet.

👀 And just like that … we believe this is the 1st display of the Z symbol of Russia’s war on Ukraine at the international tennis tournament.

🤔 Looks like he was hiding it under the white t-shirt huh? pic.twitter.com/iG6Z0wtdkq

Vasyl Myroshnychenko, Ukraine’s ambassador to Australia and New Zealand, posted a picture last week showing a Russian flag hanging from a bush beside a court where his compatriot Kateryna Baindl was playing her first-round match.

Tennis Australia responded by immediately banning the flags of Russia and Belarus. Russian and Belarusian players were banned from Wimbledon last year but are able to compete as individual athletes without national affiliation at the Australian Open.

Their flags are not displayed beside their names in TV broadcasts, as is the case for other players, and their nation is not indicated on draw sheets.