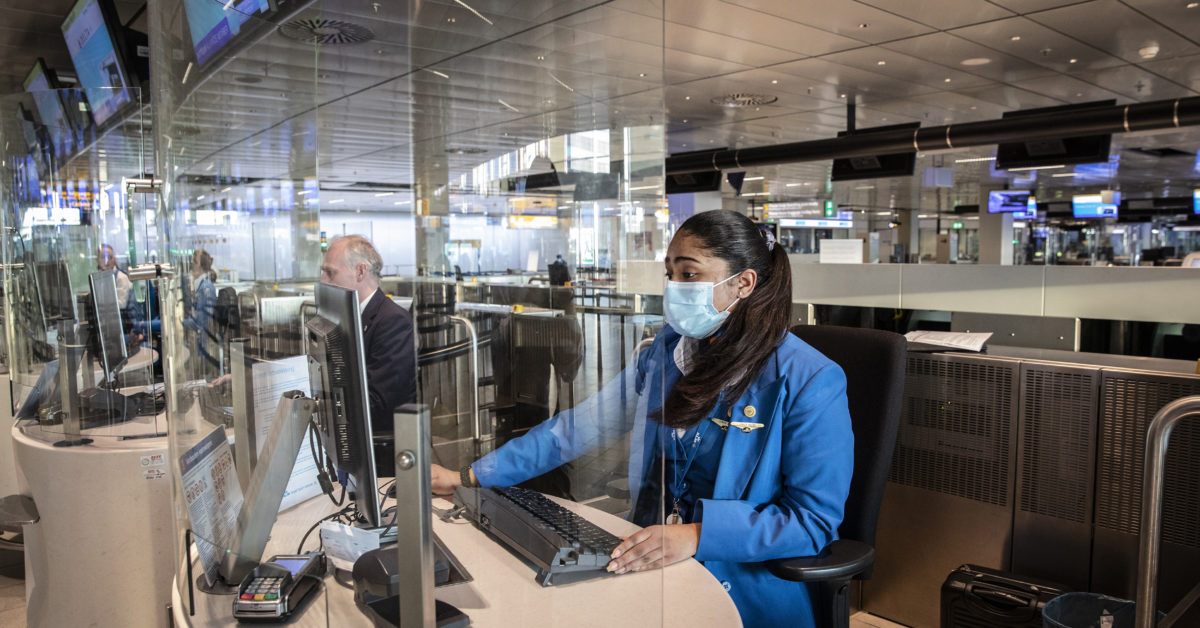 The European Commission wants to restart travel within the EU and beyond with what it calls a â€œDigital Green Certificateâ€ proving youâ€™ve had your jab, President Ursula von der Leyen said earlier this week.

The objective of the certificates, von der Leyen wrote to member countries on Friday, â€œis to ensure that where people can enjoy free movement without a risk to public health, they should be able to do so.â€

â€œThe â€˜Digital Green Certificateâ€™ will be designed to facilitate free movement and to ensure that while certain restrictions of free movement may remain in place, these will only be used where justified and to the extent necessary,â€ she wrote in the letter, seen by POLITICO.

The idea is not to be confused with the green pass Israel launched to let vaccinated people back into concert halls and bars: Brussels has a say on free movement, but using a certificate for such domestic purposes would be down to EU countries, the Commission argued.

But even without straying into that member-state territory, the Commission has to navigate EU governments’ doubts and very disparate vaccination strategies, technical complications, privacy concerns and moral dilemmas.

Here’s what we know so far:

The Commission’s legislative proposal is due on March 17. That’s soon, but most of the details have yet to be filled in.

The Commission gauged EU countries’ first thoughts Wednesday, in a debate several diplomats described as messy. “There is a deep lack of clarity as to what the pass really is,â€ one national diplomat said.

What is certain, however, is that the Commission wants the green pass to not only list proof of vaccination, but also test results and information on a recovery from the virus.

Whoâ€™s been pushing the idea?Â

The plan is especially important for tourism-reliant Southern European countries such as Spain, Malta, Cyprus and Greece.Â

â€œEnsuring the quickest possible re-establishment of freedom of movement â€¦ is, of necessity, a fundamental priority for us all,â€ Greek Prime Minister Kyriakos Mitsotakis, the first to champion the idea, wrote to von der Leyen in January.

The countries are in no mood to wait: Cyprus’ Deputy Tourism Minister Savvas Perdios said Thursday that vaccinated Britons will be welcomed into the country without restrictions from May; Spain and Greece are also looking into a â€œgreen corridor.”

Other countries have also come out in favor: Austrian Chancellor Sebastian Kurz pushed for a Digital Green Certificate at an EU leadersâ€™ video meeting last week. Denmark and Sweden have both announced plans to develop a certificate to restart travel; Estonia is working on a pilot project for global vaccine certificates with the World Health Organization.

Is every EU country on board?Â

EU leaders agreed last week that the work on a â€œcommon approach to vaccine certificatesâ€ should continue, but thatâ€™s a lukewarm endorsement that leaves plenty of wiggle room for private and public doubts.

â€œI will not accept a system that conditions access to this or that country on a certificate,â€ French President Emmanuel Macron said Thursday. The EU should avoid a scenario where countries each develop their own system, he said, but â€œsuch a document should not give specific rights to people who have gotten vaccinated.â€

German Chancellor Angela Merkel also said last week that a vaccination certificate canâ€™t be the â€œonlyâ€ solution for allowing travel, as, for example, there is still no coronavirus vaccine available for minors. â€œNot only those who have a vaccination certificate will be allowed to travel,â€ Merkel said, adding that a negative PCR test would continue to be an alternative solution.

While no one opposes the idea in principle, there are practical and ethical concerns, Dutch Prime Minister Mark Rutte said. The â€œpreliminary question,â€ he added, is whether vaccinated travelers could still transmit the disease. â€œThe initial reports are not unfavorable, but by no means conclusive.â€

Will it be ready by summer?

EU leaders agreed to a â€œuniformâ€ and â€œinteroperableâ€ vaccine certificate for medical purposes in January. The incoming proposal to use it for travel would come on top of that, a Commission spokesperson said this week.

But if the EU wants to get a vaccine certificate up and running by the summer, it will have to get cracking. EU countries have to implement the uniform certificate in their health and border systems, while the Commission has to build a â€œgatewayâ€ to link up national systems â€”Â something von der Leyen warned will take at least three months; a document sent to country delegations already raised the prospect of a four-month timeline.

If previous experience is any indication, building up such a gateway that allows different national vaccination database systems to exchange information will be a bumpy task. When EU countries developed their individual coronavirus infection tracking apps last year, some countries chose very different technological solutions that made the exchange of data difficult or even impossible.

â€œAn EU system can only work if the respective national systems are in place on time,â€ von der Leyen wrote to member states on Friday, calling for past decisions to be â€œswiftly implementedâ€ and for the â€œspeedy adoptionâ€ of the incoming proposal.

The certificates could prove a â€œpowerful boost to our citizens and their free movement,â€ she concluded.

Do I have to trade my privacy for a holiday?

Von der Leyen said the green passes will respect data protection, security and privacy. But Europe’s data protection regulators don’t seem keen on the idea. The Belgian regulator said that the stated purpose for storing the data on vaccinated people and details about how that data would be shared are vague. The regulator is also concerned that authorities would keep that data for too long.

The French data regulator said it’s possible to implement digital green passes and still have them adhere to the EU’s data protection rules, but it’s quite likely that privacy activists would take any kind of scheme to court.

Will all vaccines make the grade?

With more and more countries breaking ranks with the EU’s joint vaccine strategy, this poses a headache for the planned rollout of the vaccine certificate: What about Slovak or Hungarian citizens who have received the Russian Sputnik vaccine, or in the case of Hungary now also the Chinese Sinovac vaccine? Can those vaccinations be admitted for the EU-wide certificate, even though the vaccines have not yet been approved by the European Medicines Agency?

The European Commission does not seem to have a reply on these questions yet, as a spokesperson said it was too early to answer them. But there are clear doubts â€” even in the countries that administer the Sputnik jab to their citizens. Slovak Foreign Minister Ivan KorÄok told reporters on Tuesday that in his opinion, unregistered vaccines should not have the same value as registered vaccines. He added that people should be warned about such a risk.

Itâ€™s a debate some EU countries worry could distract from the main priority: to get citizens vaccinated as soon as possible. EU countries â€œwant more vaccines and not more mess,â€ one diplomat said.

Are there fairness issues with vaccine passports?

The current limited supplies of vaccines â€” not only around Europe but globally â€” are a major reason the World Health Organization is urging against making vaccination a condition for travel for now, though the decision is up for review in a few months.Â

The Parliamentary Committee of the Council of Europe, a human rights body, also drew a (nonbinding) red line around vaccine certificates in January, saying theyâ€™re only appropriate for tracking efficacy and adverse effects.Â

The rapporteur for that file, French MP Jennifer de Temmerman, warned that such passports could create a whole new category of haves and have-nots, based on vaccination status. And given the pace of vaccination in her country at the moment, she noted that at this point the right to travel would go primarily to nursing home residents.Â

However, itâ€™s not like anyone in the EU is able to fully exercise their freedom of movement at the moment, argued Camino Mortera-Martinez, a senior research fellow at the Centre for European Reform.

â€œWe are not departing from a normal situation,â€ she said. The unvaccinated wouldnâ€™t face discrimination, Mortera-Martinez argued, because they would still be allowed to travel under limited circumstances â€” it would just be easier for those whoâ€™ve had the shot.

Will this actually work to keep transmission rates down?Â

We donâ€™t know. Thatâ€™s the other reason the WHO isnâ€™t embracing the idea just yet.

There are still â€œcritical unknowns regarding the efficacy of vaccination in reducing transmission,â€ the U.N. health body said in its latest position paper. While the shots clearly prevent symptoms, for example, thereâ€™s not yet certainty about whether people without symptoms can still pass the virus on.

We also donâ€™t know how long before travel people should be inoculated, nor whether people who have antibodies after recovering from COVID-19 should be exempt from requirements.