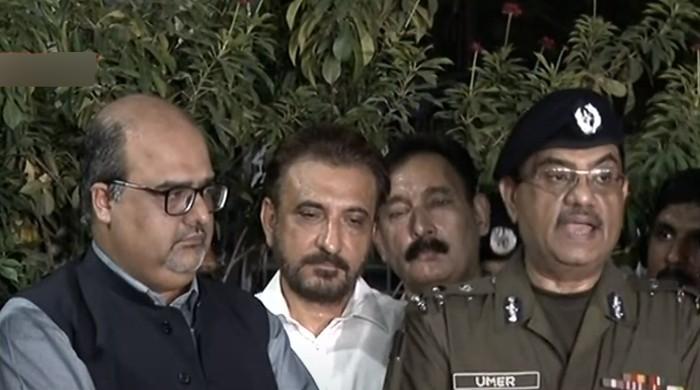 Adviser to the Prime Minister on Accountability, Shahzad Akbar said Thursday the federal government had informed CCPO Lahore Umar Sheikh of its reservations regarding his comments on the motorway rape case.

Sheikh had blamed the victim for choosing the route and travelling late at night.

Akbar, in a tweet, said: “CCPO Lahore was conveyed objections of [federal government] on his remarks yesterday. It is [the] responsibility of all govt functionaries esp police to ensure safety for all.”

He said that police were “working around the clock” to solve the case.

“Police working around the clock to solve this crime however it is my request tht identity of victim must be protected by all be itSM or press and police. We all have to make our society safe and liveable for all,” he tweeted.Â

Earlier, Akbar had admitted the government’s “administrative failure” in the Lahore motorway rape case, vowing that culprits will be apprehended at all costs.

“There is some administrative failure [in the case] that we must admit since it took place on the link road that connects the two motorways,” Akbar told a news conference, flanked by CCPO Lahore Umar Sheikh.Â

Akbar defended the Lahore CCPO’s statement which raised a lot of eyebrows after the cop blamed the rape victim for her choice of route and travelling late at night.

“I see an unneeded controversy was created out of the CCPO’s earlier statement,” said Akbar. “I have spoken to him about it, he will tell you himself what he meant by it.”

The prime minister’s aide said that it was the government’s responsibility to ensure that roads, motorways, streets and highways were safe for men and women to travel.

“If a case such as this takes place, it is also the government’s job to arrest the culprits and make an example out of them,” he said.

“We all have mothers, daughters and sisters,” he said, urging media to keep the identity of the victim a secret even if they find out about it.

Meanwhile, Lahore CCPO Umar Sheikh told the media that expert trackers had been brought in to help with the investigations. He reminded journalists present during the news conference that investigation is a process that requires patience and it takes time to identify the real culprits of a crime.

Sheikh said that the culprits had bled when they had broken the car’s window. He said that police had collected blood samples and sent them to the laboratory for tests.

He further said that there were only two villages in the forest on the left side of the motorway and one on its right side, hence, the culprits were within three to five kilometres of the scene of the crime.

Responding to criticism regarding his statement, Sheikh said that he was sorrowful over the incident, hence he had wished that precautions had been taken.

“I have said that this is our responsibility, and we will solve [the case],” he said.

On Tuesday night, it was reported that two robbers had gang-raped a mother of two on the motorway within Gujjarpura police’s jurisdiction.

The woman, along with her two children, was driving to Gujranwala in her car when she was forced to stop at the Gujjarpura section of the motorway after running out of fuel, at around 1:30am. She immediately called a relative and sent him her location. He asked her to also dial the Motorway Police helpline 130 from which she reportedly received no response.

In the meantime, two robbers approached the car, broke the window, and took the woman and her children to nearby bushes where they raped her repeatedly in front of the children. They also snatched her purse carrying Rs100,000 in cash, one bracelet, car registration papers, and three ATM cards.Â