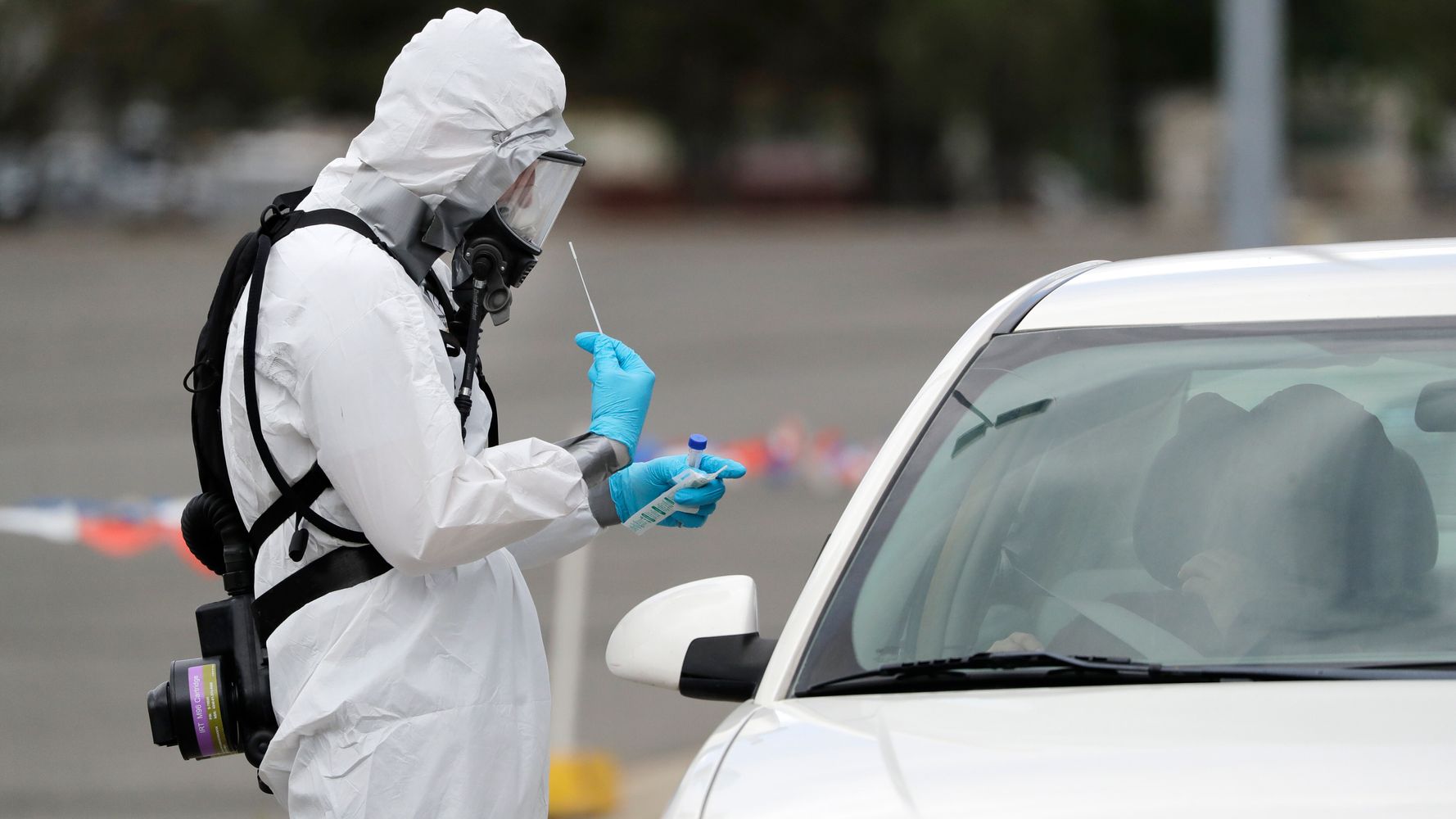 COVID-19 testing centers across five states are set to lose federal funding next week after the Trump administration decided to stop supporting them.

As a result, 13 testing sites across Colorado (1), Illinois (2), New Jersey (2), Pennsylvania (1) and Texas (7) will likely close if those states are unable to replace the necessary funding.

In a statement to HuffPost,Â Assistant Secretary for Health Brett Giroir confirmed that the program that originally funded 41 such sites across 48 states would end next week.

Giroir said itâ€™s part of a planned transition to â€œmore efficient and effective testing sites,â€ noting that the original end date had already been postponed once.

â€œAll 13 sites were provided an extra 30 days from the original transition date in May,â€Â Giroir said, â€œand I personally spoke with Governors from all 5 states involved, and/or their leadership designees, who agreed that it was the appropriate time to transition out of the original 13 sites and into the thousands of new testing options.â€

The decision is nevertheless receiving scrutiny as new coronavirus infections soar across the country. More than half of all states are now seeing an increase in cases and more than a dozen states recently saw a record number of infections â€• including Texas, home to seven of the testing sites set to lose funding.

While U.S. testing capacity has steadily increased since states began implementing stay-at-home orders in March, it badly lags a number of other countries on the measure of tests administered per infection found. Thatâ€™s an important metric for deciding whether itâ€™s safe to relax social distancing restrictions, according to Johns Hopkins University.

â€œThe rate of positivity is an important indicator because it can provide insights into whether a community is conducting enough testing to find cases,â€ Johns Hopkins explains on its website. â€œIf a communityâ€™s positivity is high, it suggests that that community may largely be testing the sickest patients and possibly missing milder or asymptomatic cases.â€

As of June 22, one out of every 12 tests administered in the U.S. came back positive, according to data tracked by the University of Oxford-based Our World in Data. In South Korea, long a world leader in testing, 93 tests were administered for every positive case. And in New Zealand, which has effectively eliminated the coronavirus, the ratio is 300 to 1.

Despite the continued and persistent testing shortfall, President Donald Trump this week repeatedly calledÂ for a slowdown in COVID-19 testing, because the surge in new cases they help reveal is making his administrationâ€™s response look bad.

â€œCases are going up in the U.S. because we are testing far more than any other country, and ever expanding,â€ he tweetedÂ on Tuesday. â€œWith smaller testing we would show fewer cases!â€

The White House claimed that Trump was â€œjokingâ€ and his comments were made â€œin jest.â€ But when asked if he was in fact joking when he made such remarks, he told a CBS reporter, â€œI donâ€™t kid.â€