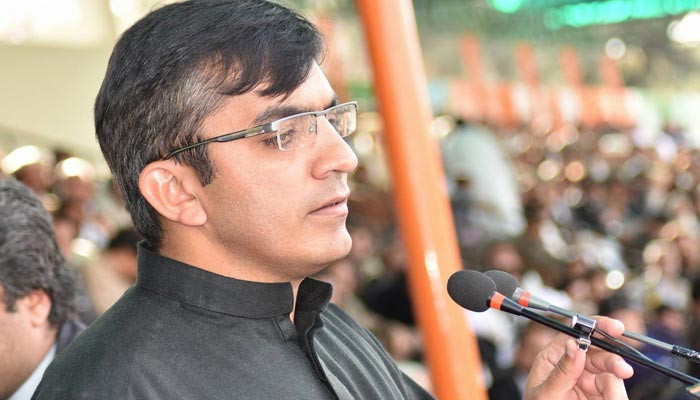 ISLAMABAD: Federal Investigation Authority (FIA) on Sunday stopped Member of the National Assembly Mohsin Dawar at Islamabad airport while he was leaving for Tajikistan.

Dawar, who is also the chairman of the National Democratic Movement, was going to attend Herat Security Dialogue. However, he was stopped by the federal agency at the airport.

The Pashtun Tahafuz Movement leader said that his name was removed from the Exit Control List (ECL) for two months with the federal cabinet’s approval.

“I feel that they [FIA] had been informed [about my departure] in advance,” he said.

Dawar along with PTM MNA Ali Wazir and some other party leaders is facing charges of rioting, provocative speech and others in four identical cases registered at Sohrab Goth, Shah Latif Town and Boat Basin police stations in Karachi.

The said cases have been registered under sections 147 (rioting), 149 (every member of unlawful assembly guilty of an offence committed in prosecution of common object), 500 (punishment for defamation), 505 (statement conducing to public mischief), and other sections of the Pakistan Penal Code (PPC) read with the Section 7 (Punishment for acts of terrorism) of the Anti-Terrorism Act, 1997.