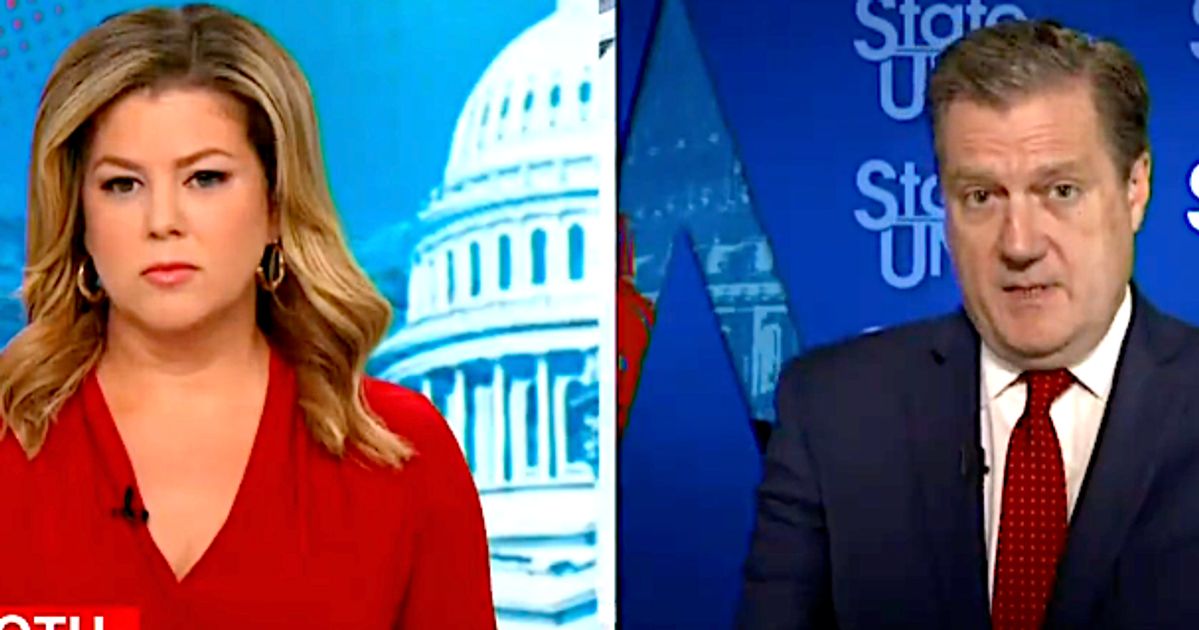 After ferociously defending Donald Trump on CNN Sunday, Rep. Mike Turner (R-Ohio) finally admitted to host Brianna Keilar: “No,” he would not remove White House documents as the former president did.

Earlier Turner — the ranking Republican on the House Intelligence Committee — had argued that it’s Congress that should determine how important the official records are that Trump had stashed at Mar-a-Lago — whether or not they were classified or even top secret.

FBI agents last Monday collected around 20 boxes of items from Trump’s residence, including 11 sets of classified information, some of it top secret material. Every official document, whether classified or not, is by law supposed to be held by the National Archives.

The former president is now being probed for possible violation of the Espionage Act, obstruction of an investigation, and removing or destroying records.

Keilar waited for her moment in the interview, then asked Turner: “Do you take home documents marked “special access” — as Trump did?

“No,” he finally answered.

Turner also admitted he has no idea whether or not the unguarded documents found at Mar-a-Lago pose a national security threat.

“I was disgusted with Congressman Turner, especially given the fact he is the ranking Republican on the House Intel Committee, and the fact that he would show complete disregard for intelligence and national security documents,” said Troye.

“These documents don’t belong down in Mar-a-Lago, where there’s a bunch of foreigners going in and out of the place, and putting potentially national security information at risk,” Troye added.

She said it was “preposterous” that Turner would dismiss the documents as unimportant.

“I found the entire interview insane,” she added, and blamed Turner’s and other Republican rhetoric for an increase in threats and violence against the FBI.

Check out more of Keilar’s interview with Turner below: