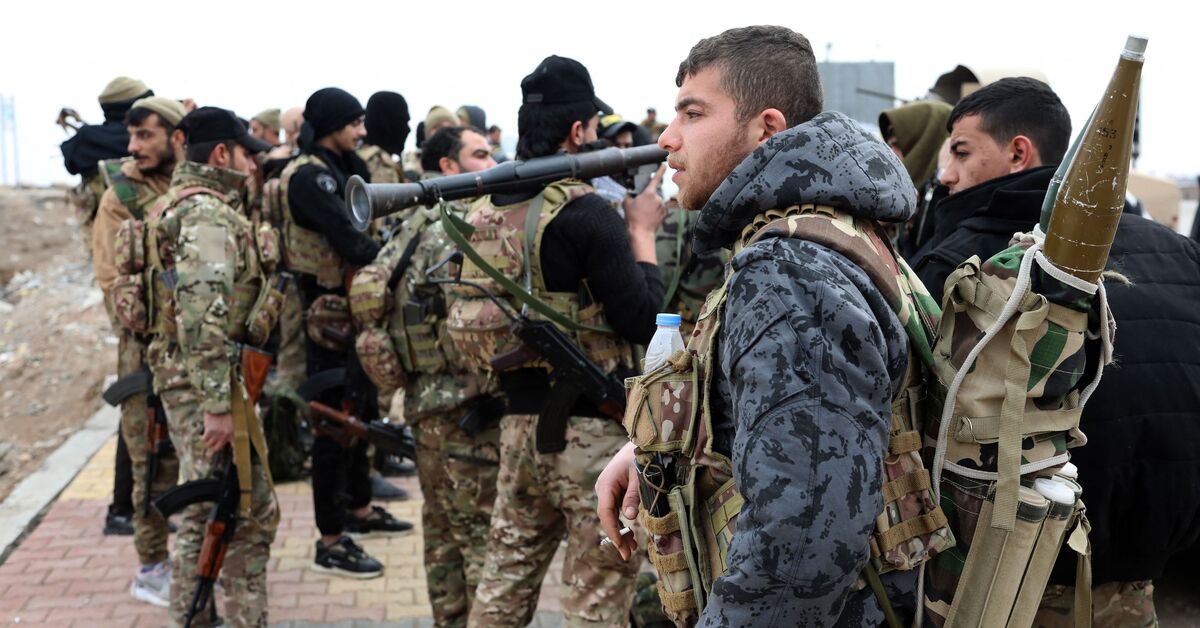 Fighting continued Thursday as the Syrian Democratic Forces said its members discovered additional IS adherents who had not surrendered in one wing of the prison complex.Â

â€œAfter regaining control of the al-Sinaa prison and imposing surrender on about 3,500 detainees involved in the insurrection, our focus began sweeping operations â€¦ in the prison dormitories where the terrorists were barricaded,â€ the SDF said in a statement. â€œDuring these operations, our forces uncovered hidden terrorist holdouts in the prisonâ€™s northern dormitories.”

It went on, â€œOur forces have called for the safe surrender of these terrorists, and if they do not respond, we will deal with them firmly.â€

Over the past week Sinaa, also known as Gherwan prison, in the northeast Syrian city of Hasakah has been the scene of the regionâ€™s bloodiest IS violence since the jihadist group was defeated on the battlefield nearly three years ago.

Initial SDF assessments said the battle has left some 200 people dead, mostly thought to be IS fighters and escapees, and at least 30 members of the local multi-ethnic security forces. It remains unclear how many IS prisoners have escaped.

Backed by US airstrikes, surveillance and armor, the SDF formed a perimeter around the prison and then entered the facility on Monday night.Â

The fate of several hundred boys detained in the northern section of prison, some reportedly as young as 12, remains unclear.Â

The SDF responded today to UNICEF and rights groups’ statements of serious concern for the boysâ€™ welfare and calls for them to be evacuated, reiterating its commitment to international conventions on protecting children.

Backed by a US-led multinational coalition, the Kurdish-led alliance seized nearly all Syrian territory east of the Euphrates River from IS between 2015-2019 in a blistering ground war.

The majority of the 4-5,000 prisoners held in Sinaa were captured on the battlefield at Baghouz, a riverside hamlet on Syriaâ€™s eastern border with Iraq, where the jihadist group made its final stand in March 2019.

At least some 50-60,000 IS family members and captured fighters remain in makeshift prisons and detention camps under SDF control across northeast Syria to this day.Â

Northeast Syrian officials have repeatedly called on the international community to repatriate their detained citizens and for greater support in funding and securing the sites.

The coalition has said in recent years that a reduction in US troop levels in northeast Syria has limited its ability to monitor detention sites directly.