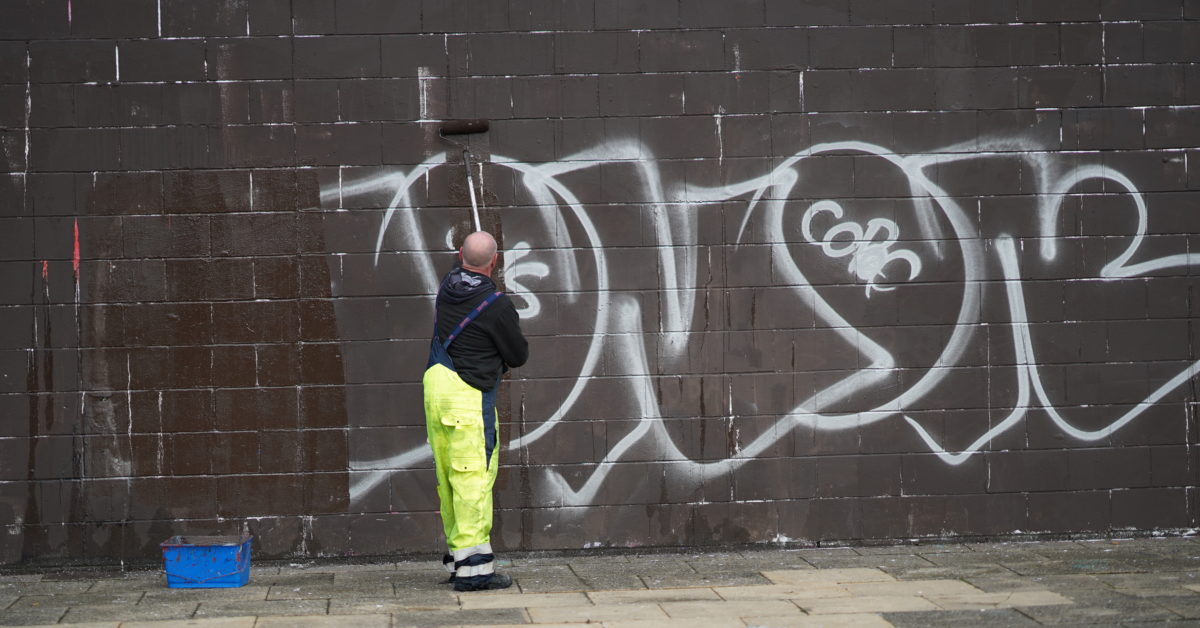 EDINBURGH â€” If delegates manage to make it to Glasgow for the COP26 climate summit they could find themselves greeted by rats.

Mounting problems â€” from public sector strikes to violent rodents â€” have left the Scottish city in what one opposition politician deemed a “sorry state” ahead of the global climate summit, which begins Monday.

While travel disruption on routes from London to Glasgow which caused headaches for many trying to make it to the summit are no fault of the Scottish authorities, the dirty streets that will greet delegates when they arrive are an unwelcome distraction for Scottish National Party (SNP) leader Nicola Sturgeon.

Though the event is officially hosted by the U.K. government, Sturgeon had staked a claim on the summit, seeing it as an opportunity to emphasizeÂ her party’s green credentials.

According to one aide the Scottish first minister has a “packed” diary for the two-week summit, ranging from a raft of speeches to carefully selected photo-ops with world leaders. Dealing with overflowing bins and averting strikes was not supposed to be on the agenda.

Her government was relieved of some potential embarrassment when a long-running dispute between Scotland’s rail operator, ScotRail, and a number of trade unions was resolved with days to spare, when RMT â€” the last union holding out â€” agreed an improved pay deal Wednesday night. The deal averted train strikes which would have lasted for the duration of the summit.

There was no such luck on trash collection. Separate planned strikes of refuse and street cleaning workers will get underway Monday after union members rejected a pay deal put forward by the local councils.

Rats, rubbish and sprucing up

The leader of Glasgow’s SNP-run city council Susan Aitken was widely criticized when she claimed in September that Glasgow only needed a “spruce-up” ahead of COP26. The criticism got louder last week when she appeared to blame the city’s cleaning issues on the late Margaret Thatcher, who left Downing Street more than thirty years ago.

Disruption of refuse collections alongside a persistent fly-tipping problem has left residents at times looking at literal piles of rubbish on the streets. Many of the issues have existed for years, while others have been exacerbated by the pandemic.

“The city is in an absolutely sorry state,” said Glasgow MSP Sandesh Gulhane, who represents the opposition Scottish Conservatives. “Make no bones about it: We have an absolutely disgusting, filthy city full of rubbish. To say that Glasgow ‘needs a wee spruce-up’ is the most out-of-touch thing that I have ever heard.”

“I was driving and I saw two workers from the council go up to a bin and start painting the bin but ignore the rubbish that was overflowing out of it,” he added.

There has been particular concern caused by reports that large rats have bitten refuse workers. In one case, a Glasgow binman was left in hospital and given a Tetanus jab. The workerÂ told the Metro newspaperÂ his colleagues are “petrified” about the growing population of large rats gathering among rubbish piles in the city.

Both Sturgeon and Aitken have accepted that Glasgow has cleaning issues ahead of COP26 but have pointed to “similar” problems in other cities. Sturgeon told the Scottish Parliament Thursday she won’t “shy away from the problems and challenges” the city faces but also attacked those she felt had “talked down [Glasgow] for political purposes.”

Asked about the rodent problem, Aitken said “all cities have rats.”

The rats formed part of a larger complaint from Glasgow’s refuse workers about the pay and conditions of their work. Hundreds of workers plan to strike in the first week of COP26, the GMB trade union confirmed late Sunday.

Led by the fiery union organizer Chris Mitchell, Glasgow’s binmen used viral videos and chants to gather attention and support for their cause, including from famous figures. The comedian Frankie Boyle and the young climate activist Greta Thunberg are among those who tweeted their support, with the latter inviting striking workers to join a climate demonstration on November 5.

In one video, a booming Mitchell flanked by cheering refuse workers and a giant inflatable rat offered a “message of thanks and solidarity” to Thunberg while gratefully accepting her offer. The video has more than 180,000 views.

The issues in Scotland’s largest city provoke questions for some about the record of Sturgeon’s government, as well as the way her party interacts with local governments across Scotland.

The SNP have been accused of centralizing power at the Scottish Parliament rather than devolving it to local authorities.Â

Aitken and other SNP council leaders are among those who have called for the government to give councils more powers. AitkenÂ told the Reform ScotlandÂ think tank she is “often held accountable for things [she] has no power over,” calling for Glasgow to have greater control over transport and fiscal policy.Â

Scottish Labour MSP Paul Sweeney also points to a lack of power at local authority level, arguing Glasgow’s local leadership has been left mostly powerless to seriously improve Glasgow and are instead reliant on government ministers.Â

“The consequences of 20 years of devolution has been effectively that Glasgow has had power sucked out of it completely to Edinburgh and is managed remotely from Edinburgh, meaning the city council barely has any powers or finances to do anything other than struggle to deliver the current services it has,” Sweeney, who represents Glasgow, said. “It’s quite frustrating when you see the potential of the city thwarted by poor management.”

“Glasgow has lostÂ out financially as a consequence of Scottish government cuts to local government, but you would not know this from listening to Glasgowâ€™s SNP councilors,” Edinburgh University Professor of Public Policy James Mitchell said. “Nicola Sturgeon must be grateful for having such biddable local councilors, though this may not always work to her advantage if the perception grows that the SNP in Glasgow City Council are more loyal to the Scottish government than they are to the city.”

The Scottish people will deliver their verdict on the SNP’s running of and dealings with local government in regional council elections scheduled for next May. In the meantime, approximately 30,000 delegates arriving for COP26 will experience some of the issues first-hand.

But while Glasgow and Scotland are almost completely under SNP control, the same is not true for COP26.Â

The summit is being officially hosted by the U.K. government and organized by its Cabinet Office, with the Scottish government and Glasgow City Council helping with elements of local planning. Boris Johnson’s Westminster administration could still face sharp criticism if the gathering hits logistical snags. The U.K. government was approached for comment.

It was a different story the last time the global gaze turned toward Glasgow, when the city successfully hosted the 2014 Commonwealth Games in, hailed by Commonwealth Games Federation Chief Executive Mike Hooper as “the standout games” in history.

The Scottish first minister at the time of the games, Alex Salmond, said the success was down to the Scottish government being “unambiguously in charge.”

“The Scottish government should have made it a prerequisite for allowing the Glasgow summit that there was one clear command structure of the organization and that that should have been within the established authorities in Scotland,” Salmond, now leading a rival pro-independence party, told POLITICO. He also argued the Scottish government failed to make sufficient “political demands” regarding the official role of the first minister at the summit.Â

Rats, rubbish and organizational bickering aside, Scots remain hopeful the summit can still be a success as world leaders roll into Glasgow.