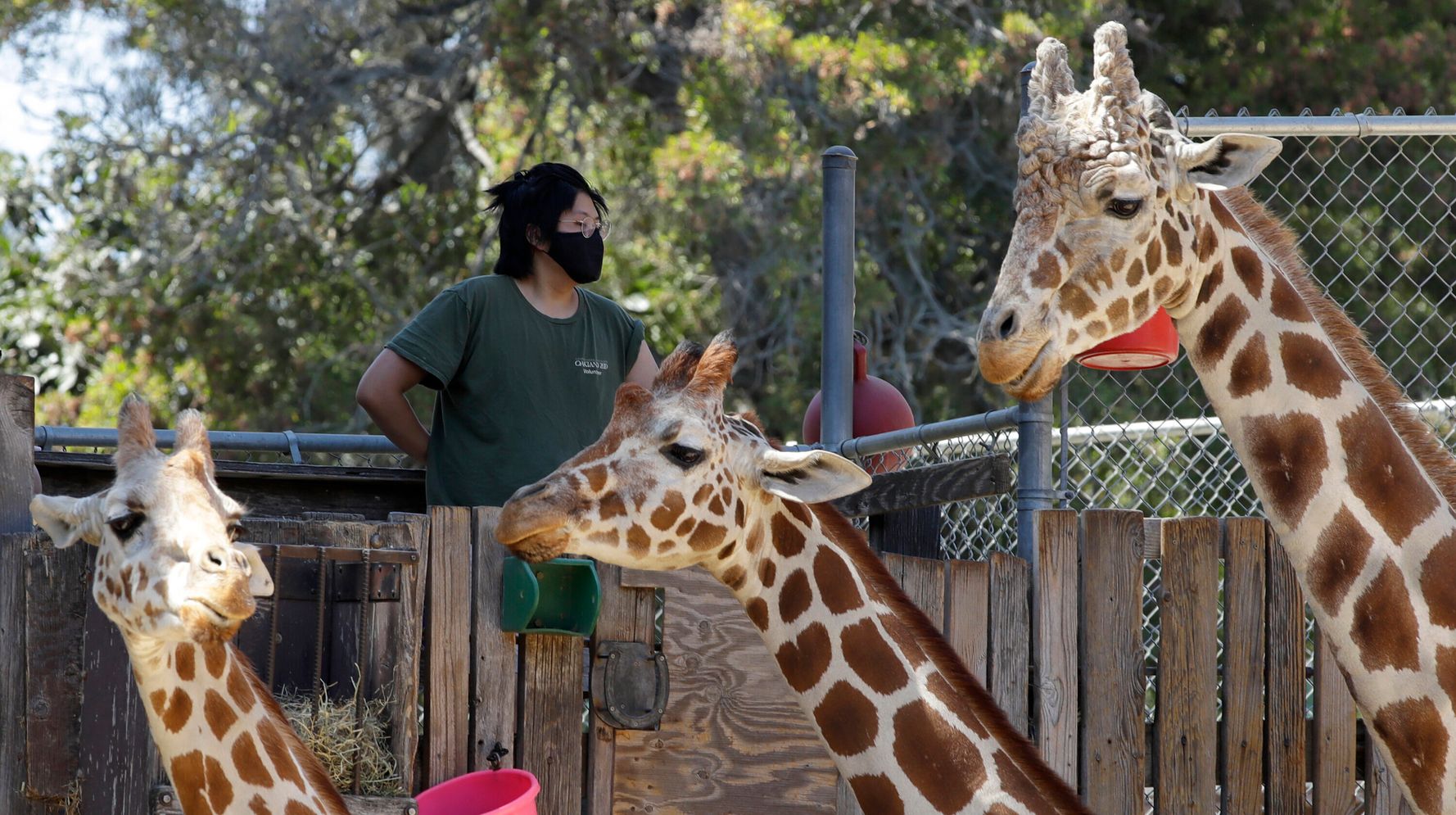 SAN FRANCISCO (AP) â€” Since the coronavirus pandemic began keeping visitors at home, the jaguars and chimpanzees at the Oakland Zoo have enjoyed the quiet, venturing out to areas of their exhibits they usually avoid.

The bears and petting pigs miss the children, though, and are seeking more attention from zookeepers.

Some things, however, havenâ€™t changed. The $55,000 in daily animal food costs have put the nearly 100-year-old zoo in a dire financial situation.

â€œWe have already lost the bulk of our summer revenue and are living off whatever reserves we have left, but they are going to run out at some point,â€ said Joel Parrott, president of the Oakland Zoo, home to 750 large animals.

The zoo and hundreds of others across the country were ordered to close in March â€” the start of the busiest season for most animal parks â€” forcing administrators to deal with the pandemicâ€™s financial impact through layoffs and pay cuts. Even as they reopen, zoos and aquariums from Alaska to Florida are seeing few visitors, prompting administrators to plead for support from their communities to avoid permanent closure.

The Oakland Zoo has laid off more than 100 employees, primarily those who work with guests. Another 200 who care for animals and provide veterinary services and safety for the public and animals are still working and represent part of the zooâ€™s $1.2 million a month in costs, Parrott said.

California officials this month allowed the zoo to reopen its outdoor areas Wednesday, but the animal park still faces a big challenge. Guests provide more than 90% of revenue through tickets, concessions, rides, gifts and parties. But attendance and revenue in Oakland â€” and around the country â€” are falling short.

â€œMembers are hitting 20% to 50% of their normal revenue targets,â€ said Dan Ashe, president of the national Association of Zoos and Aquariums.

About 75% of the 220 U.S. zoos and aquariums represented by the association have reopened, but without additional assistance, theyâ€™re facing â€œvery difficult decisions about further furloughs or layoffs and then ultimately about their survival,â€ Ashe said. Six in 10 members applied for assistance from the federal governmentâ€™s coronavirus relief package, but that financial support runs out this month.

Dino Ferri, president of the Central Florida Zoo & Botanical Garden, said he wakes up at night trying to figure out how he will make up the $1.5 million his park lost during its two-month closure that ended in May. Normally those are the busiest months for the zoo, which depends on visitors for 80% of its revenue.

The Sanford, Florida, zoo is home to 350 animals and is visited by 40,000 school kids each year. With schools closed, major events canceled and few tourists, the zoo is struggling to bring in even half of the $450,000 a month it needs to keep the park running, Ferri said.

The park is now allowed to open to as many as 1,000 people at a time and Ferri had hoped for a busy summer, but only about 350 visitors a day are showing up.

â€œPeople are afraid,â€ Ferri said. â€œWe expected a boom from people who are not traveling and are doing staycations, but the uptick in cases in the state of Florida and all the stuff on the news are keeping people at home.â€

As a result, he has laid off 40% of staff, cut leadership team salaries, including his own, and launched a campaign to raise $1.5 million by December to restore the zooâ€™s operating budget to pre-virus levels.

â€œWeâ€™re looking at cutting our education department and at more salary reductions across the board, more layoffs,â€ Ferri said. â€œWe just have to keep trying to stop the bleed.â€

In Seward, Alaska, three-quarters of past visitors to the Alaska SeaLife Center â€” an aquarium and research center that runs Alaskaâ€™s only marine mammal rescue program â€” have been tourists who arrive by plane or cruise ship. With most cruises canceled, there are few people to see the octopus, and the siteâ€™s rare Steller sea lions.

SeaLife Center President and CEO Tara Riemer said the aquarium, built partly with funds from a settlement after the Exxon Valdez oil spill, is seeing only about 25% of its typical number of pre-pandemic visitors. She expects a $3 million budget shortfall this year.

â€œIf we donâ€™t have enough money to make it through the winter, we have no option but to send these animals away and close the facility,â€ Riemer said.

Closing zoos and aquariums is an expensive task. Just finding new homes for animals is now even more complicated with so few flights and so many animal parks and aquariums struggling financially.

SeaLife has not laid off any staff but it has significantly lowered expenses by freezing the hiring of seasonal and other workers and cutting salaries by 10%.

Riemer said she remains optimistic. She and her staff are focused on raising at least $2 million by the end of September by reaching out to foundations, seeking government grants and turning to Alaskans and others for support.

The city of Seward has pledged $500,000 if the center raises $1.3 million. In a heartening sign, the center sold 500 new memberships, costing from $60 to $155 each, in a single day â€” more than a quarter of the number normally purchased in a year.

â€œI am optimistic that weâ€™ll be able to pull together these funds because there are a lot of people in Alaska who are trying to figure out how to help us,â€ Riemer said.