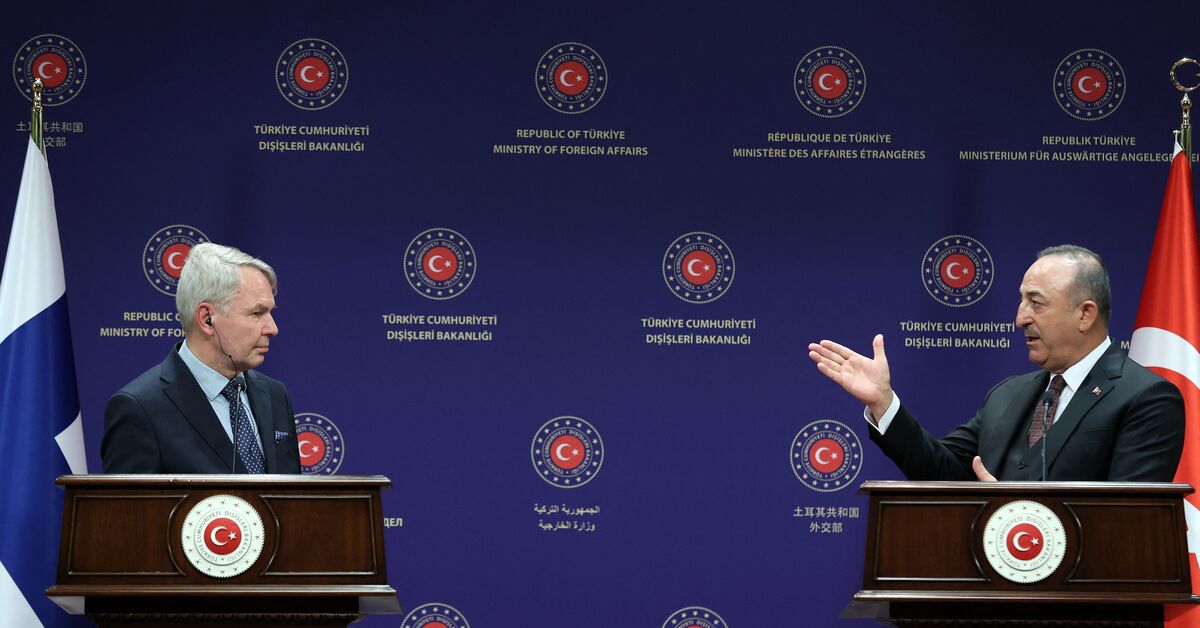 ANKARA — Finland lifted on Wednesday a nearly three-year-long arms embargo on Turkey in a fresh move aimed to facilitate Helsinki’s entry to NATO, while neighboring Sweden’s bid appears to be more complicated as its relations tense up with Ankara.

Finland will resume steel exports to Turkey that are used in the production of military equipment armor, the Finnish Defense Ministry announced in a statement.

The move is a reversal of the 2019 decision when Finland stopped issuing licenses for military exports to Turkey in retaliation to the Turkish military operation against the Syrian Kurdish groups allied with the US-led international coalition against the Islamic State.

Finland’s decision coincided with Ankara’s fresh jab at Sweden over Stockholm’s permission for a Quran-burning protest on Saturday. After a nearly four-hour meeting in Ankara headed by President Recep Tayyip Erdogan on Wednesday, the National Security Council (MGK) strongly condemned the protest and saw the Swedish government as complicit.

“Those who encourage and remain auspicious toward these actions have become partners in this hate crime which spurned human rights,” read an MGK statement.

“It is imperative that they fulfill their obligations arising from the memorandum of understanding on combating terrorist organizations with concrete steps as soon as possible,” it added, in reference to a memorandum of understanding signed between Turkey, Sweden and Finland on the sidelines of a June NATO summit, paving the way for official invitations extended to Stockholm and Helsinki.

Abandoning their historical neutrality policies, Finland and Sweden announced last February their official bids to join NATO after Russia’s invasion of Ukraine. Turkey has been stalling the expansion citing its security concerns, although Stockholm and Helsinki pledged to address them last June.

The MGK’s call is mainly directed at Sweden, as Ankara already signaled that it was ready to ratify Finland’s entry. Helsinki had previously announced that it would not join NATO without Sweden, in solidarity with its western neighbor. However, Finland’s Foreign Minister Pekka Haavisto said Monday that his country would have to reassess its position if Turkey stalls Sweden’s entry for a long time.

The MGK statement came after Ankara canceled trilateral NATO talks that were set to be held in Brussels in February amid growing Turkish ire toward Sweden.  No new date has been set. The cancellation followed a protest by far-right political leader Rasmus Paludan, who burned a copy of the Islamic holy book near the Turkish Embassy in Stockholm on Saturday.

In a rare outburst on foreign policy since he kicked off his campaign for the May 14 elections, Erdogan said Monday that Sweden would get no Turkish support on NATO.

The thorniest issue between Ankara and Stockholm remains Turkey’s demand for the extradition of some 100 people over their alleged ties with what it considers terror groups. Ankara’s requests also include restrictions on the activities of groups and individuals that Ankara considers terrorists and an asset freeze against those groups.

The alliance’s expansion is pending Turkey’s and Hungary’s nods, though Budapest is expected to ratify it next month. The enlargement requires legislative approval of all 30 NATO member states.