Finland’s Leaders In Favor Of Applying For NATO Membership 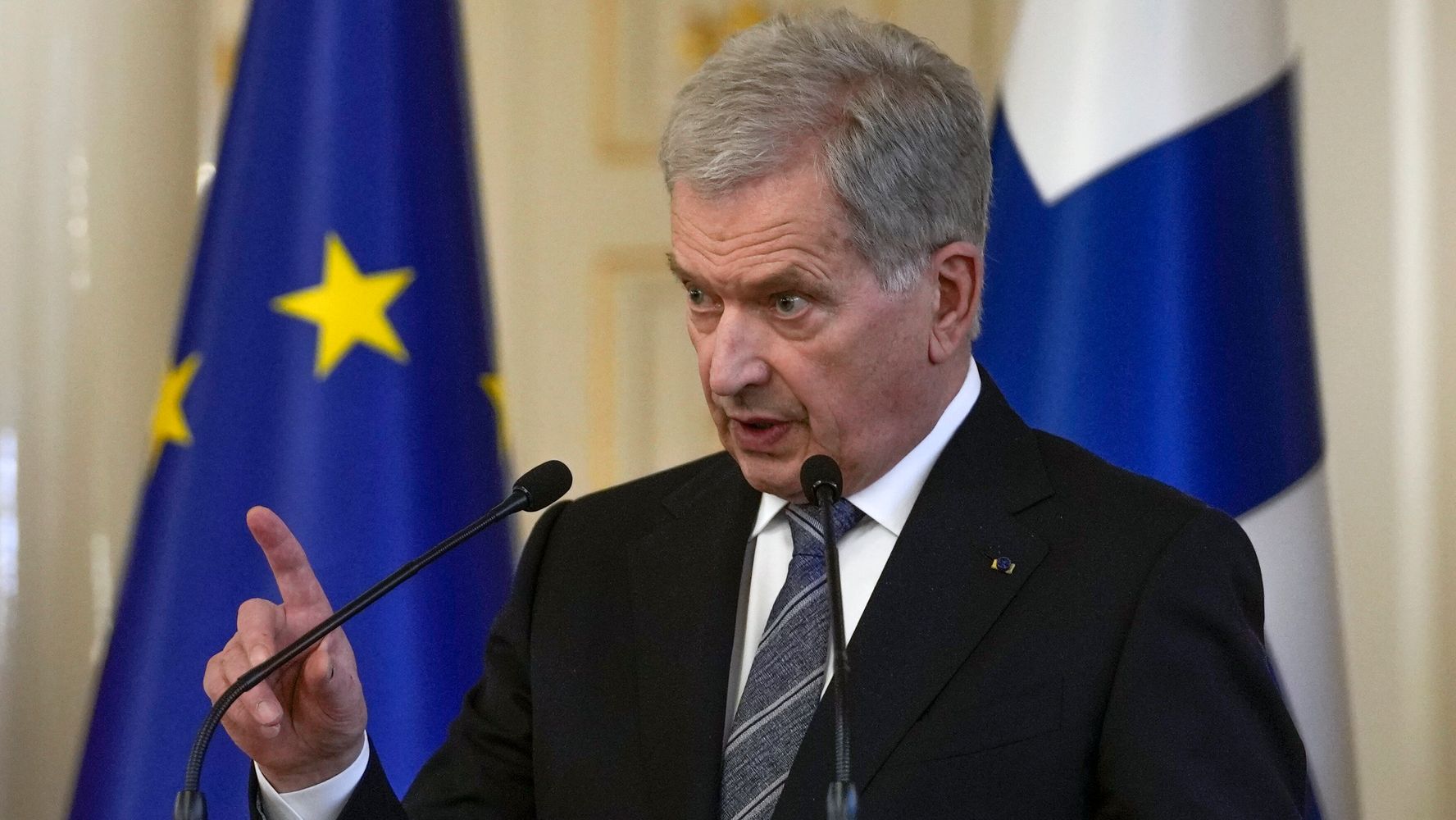 HELSINKI (AP) — Finland’s president and prime minister said Thursday they’re in favor of applying for NATO membership, paving the way for the alliance to expand amid Russia’s war in Ukraine.

The dramatic move by Finland was announced by President Sauli Niinisto and Prime Minister Sanna Marin in a joint statement. It means that Finland is virtually certain to seek NATO membership, though a few steps remain before the application process can begin. Neighboring Sweden is expected to decide on joining NATO in coming days.

Finland shares a 1,340-kilometer (830-mile) land border with Russia. The Kremlin has warned of “military and political repercussions” if Sweden and Finland decide to join NATO. Should they apply, there will be an interim period lasting from when an application has been handed in until all 30 NATO members’ parliaments have ratified it.

“Now that the moment of decision-making is near, we state our equal views, also for information to the parliamentary groups and parties,” Niinisto and Marin said in a joint statement. “NATO membership would strengthen Finland’s security.”

“As a member of NATO, Finland would strengthen the entire defence alliance,” they said. “Finland must apply for NATO membership without delay. We hope that the national steps still needed to make this decision will be taken rapidly within the next few days.”

The statement on Thursday came a day after British Prime Minister Boris Johnson visited both Finland and Sweden to sign a military cooperation agreement.

The U.K. pledged on Wednesday to come to the aid of Sweden and Finland if the two Nordic nations came under attack.

In 2017, Sweden and Finland joined the British-led Joint Expeditionary Force, which is designed to be more flexible and respond more quickly than the larger NATO alliance. It uses NATO standards and doctrine, so it can operate in conjunction with NATO, the United Nations or other multinational coalitions. Fully operational since 2018, the force has held a number of exercises both independently and in cooperation with NATO.

Since Russia’s invasion of Ukraine on Feb. 24, Finland and Sweden have been pondering whether to abandon their historic, decades-old neutrality and join the 30-member NATO.

Should Finland become a NATO member, it would mean the biggest change in the Nordic country’s defense and security policy since World War II when it fought two lost wars against the Soviet Union.

During the Cold War, Finland stayed away from NATO to avoid provoking the Soviet Union, instead opting to remain a neutral buffer between the East and the West while maintaining good relations with Moscow and also with the United States.

NATO Secretary-General Jens Stoltenberg has said the military alliance would welcome Finland and Sweden — both of which have strong, modern militaries — with open arms and expects the accession process to be speedy and smooth.

Follow the AP’s coverage of the war at https://apnews.com/hub/russia-ukraine