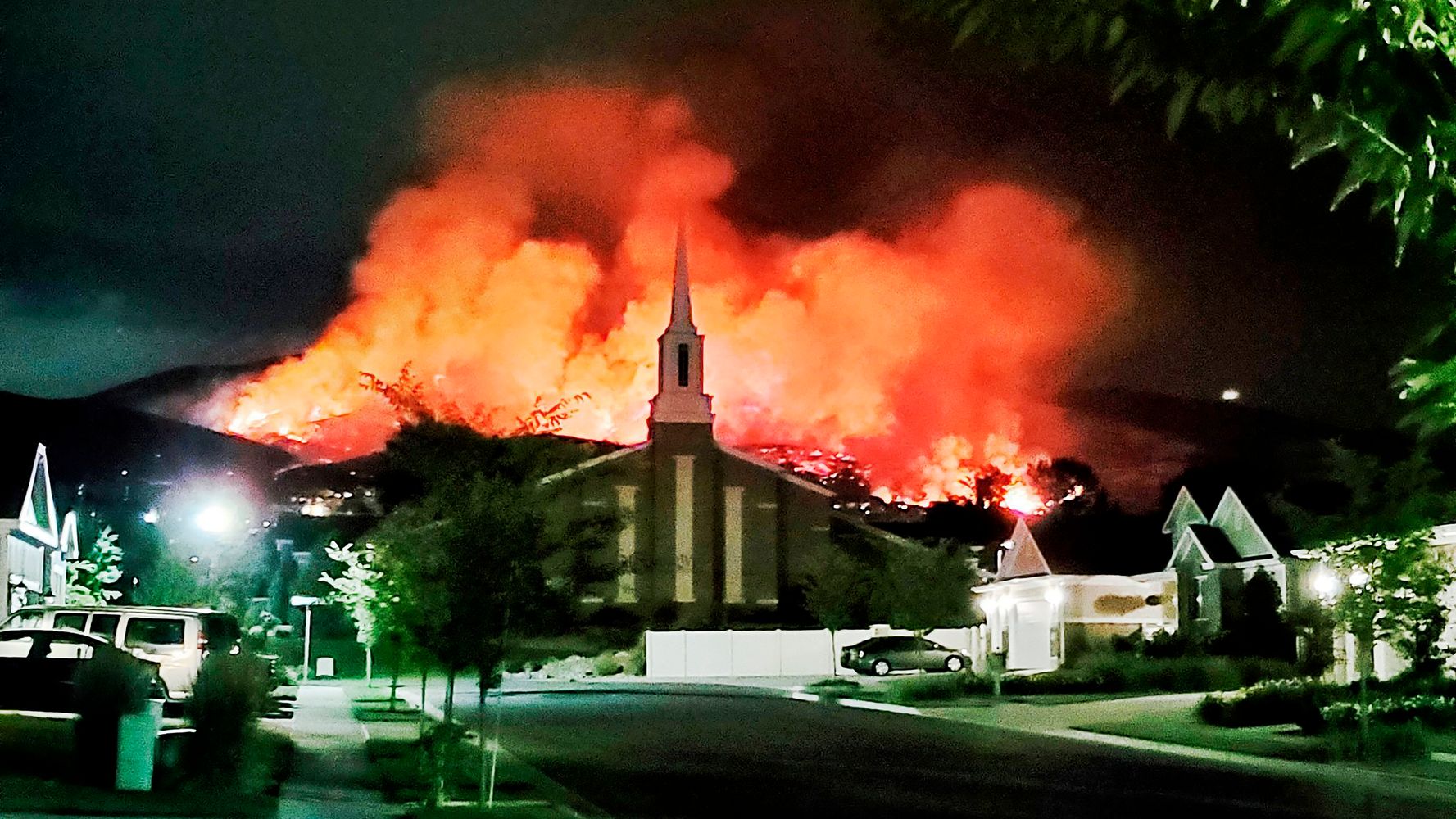 Someone setting off fireworks in Utah is believed to have ignited a wildfire that engulfed at least 1,000 acres early Sunday, authorities said.

The so-called Traverse fire has burned in the Traverse Mountains near the city of Lehi, roughly 30 miles south of Salt Lake City, since late Saturday night, local fire officials said.

No structures were immediately lost in the blaze, authorities said. Evacuations in the surrounding area are underway. No injuries were reported.

The use of fireworks is currently not permitted in the state. They are only permitted on specific days thatÂ surround Independence Day and Pioneer Day in July, as well as New Yearâ€™s Day in late December and early January, according to the state fire marshal.

The person believed to be responsible for igniting the fire is cooperating with authorities, Utah Fire Info said on Twitter.

In the southern part of the state, two ongoing wildfires have burned more than 31 square miles combined. The so-called Antelope fire and Rock Path fire were both caused by lightning on Friday.

No structures are currently threatened and no closures or evacuations are in place, Salt Lake City TV station Fox 13 reported Saturday.