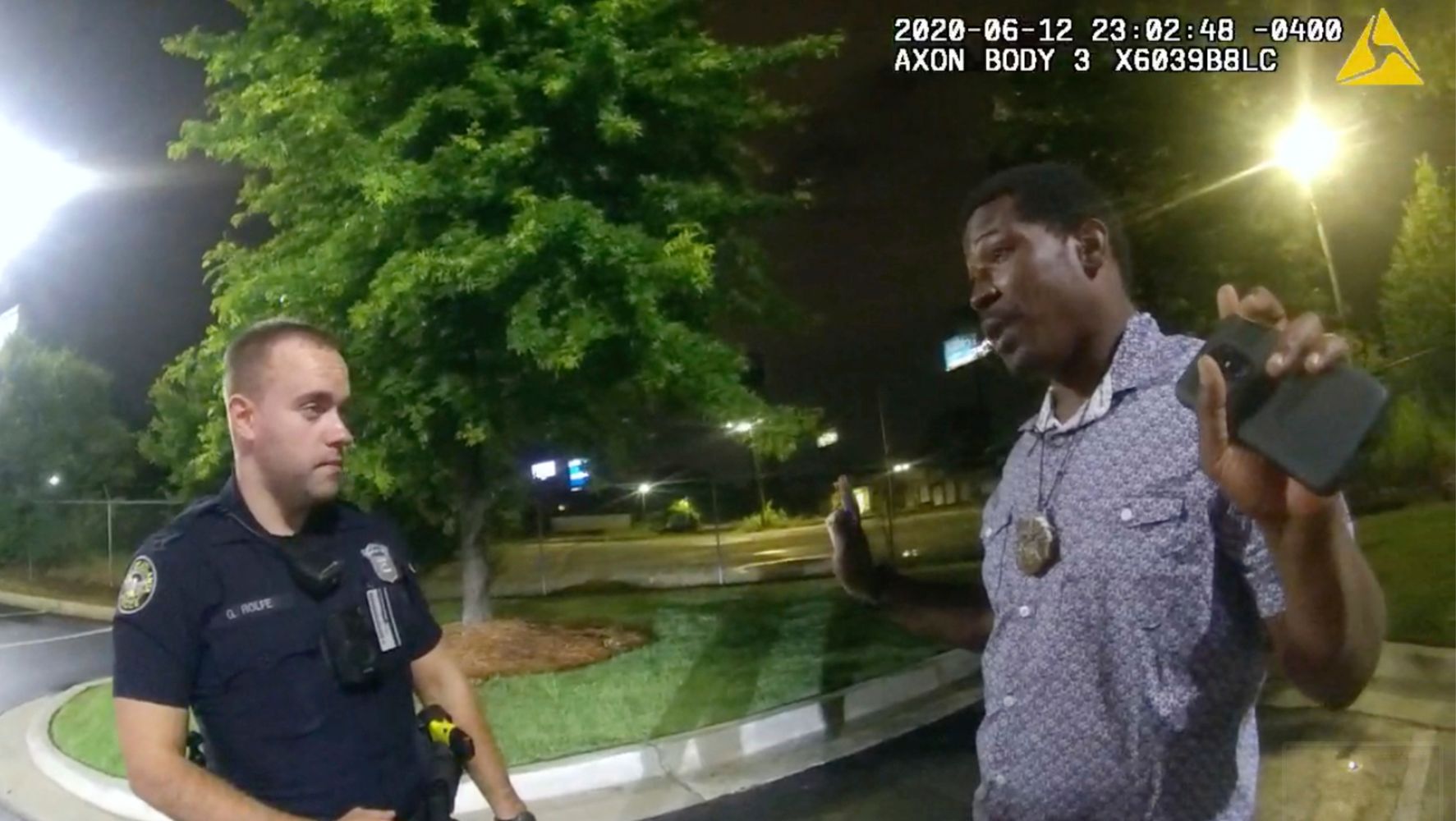 ATLANTA (AP) â€” The firing of the former Atlanta police officer whoâ€™s charged with murder in the shooting death of Rayshard Brooks was reversed after a review panel found the city failed to follow its own procedures for disciplinary actions.

Garrett Rolfe was fired last June, a day after he shot the Black man in the parking lot of a fast food restaurant. The Atlanta Civil Service Board on Wednesday released its decision on Rolfeâ€™s appeal of his firing.

â€œDue to the Cityâ€™s failure to comply with several provisions of the Code and the information received during witnessesâ€™ testimony, the Board concludes the Appellant was not afforded his right to due process,â€ the board said in its decision. â€œTherefore, the Board grants the Appeal of Garrett Rolfe and revokes his dismissal as an employee of the APD.â€

Rolfe will remain on administrative leave until the criminal charges against him are resolved, Atlanta Mayor Keisha Lance Bottoms said.

Atlanta police spokeswoman Chata Spikes said she could not comment on whether he would receive back pay or would be paid while on administrative leave.

On Wednesday evening, a small protest formed outside of city hall in response to the boardâ€™s decision. The group held signs and photos of Brooks, WXIA-TVÂ reported.

Brooksâ€™ killing last June 12 happened amid weeks of sometimes violent protests across the U.S. after a Black man, George Floyd, was killed by a white Minneapolis officer last May 25. The night after Brooks died, the Wendyâ€™s restaurant where he was shot was set on fire. Protesters have denounced racial inequality and called for dismantling of police departments or the reallocation of their funding to social services.

Atlanta police Sgt. William Dean had testified that the firing seemed rushed, and Rolfe was not given sufficient time to respond, according to the decision.

Dean also said that during his tenure in the police departmentâ€™s internal affairs unit, he was not aware of any such termination of an officer for an alleged firearms violation without the department first conducting an investigation, the decision states.

â€œHe further stated that the hurried dismissal may have been due in part, to a press conference that was on the horizon,â€ it says.

Lance LoRusso, an attorney for Rolfe, applauded the boardâ€™s decision, saying his client now has the opportunity to explain what happened that night.

â€œWe are very pleased at this action and consider it the first step in the total vindication of Officer Garrett Rolfe,â€ LoRusso said in an emailed statement.

Relatives of Brooks were disappointed and confused by the decision, said one of their lawyers, L. Chris Stewart.

â€œWe find it mindboggling that our elected officials and the former chief werenâ€™t aware of the proper procedures for firing an officer,â€ Stewart said during a Wednesday news conference.

â€œThe city of Atlanta cannot be the alleged blueprint for civil rights for other cities and not actually fulfill that promise,â€ he added.

The Rev. James Woodall, president of the Georgia NAACP, said the decision to reinstate Rolfe â€œis not only a testament to a sustained commitment of enacting violence upon human lives but the lack of leadership and vision we currently have that will prevent further injustices from happening that leave our community grieving and begging for mercy.â€

Police responded to complaints that Brooks had fallen asleep in his car in the drive-thru lane of a Wendyâ€™s restaurant. Police body camera video shows the 27-year-old man struggling with two white officers after they told him heâ€™d had too much to drink to be driving and tried to arrest him. Brooks grabbed a Taser from one of the officers and fled, firing it at Rolfe as he ran. An autopsy found Brooks was shot twice in the back.

Brooks assaulted both officers, and Rolfe was entitled, as an officer and a citizen, to respond to that assault with deadly force, LoRusso said.

Bottoms said the day after the shooting that she did not believe it was a justified use of deadly force. She called for Rolfeâ€™s immediate firing and announced she had accepted the resignation of then-Police Chief Erika Shields.

â€œGiven the volatile state of our city and nation last summer, the decision to terminate this officer, after he fatally shot Mr. Brooks in the back, was the right thing to do,â€ she said in a statement Wednesday. â€œHad immediate action not been taken, I firmly believe that the public safety crisis we experienced during that time would have been significantly worse.â€

Police Chief Rodney Bryant, who became interim chief after Shieldsâ€™ departure and this week was named chief permanently, said in an interview with The Associated Press that itâ€™s not unusual for officers to appeal disciplinary action and that he respected the boardâ€™s decision.

Less than a week after the shooting, then-Fulton County District Attorney Paul Howard held a news conference to announce charges against the two officers. Rolfe faces charges including murder. The other officer, Devin Brosnan, was charged with aggravated assault and violating his oath. Lawyers for both officers have said their clients acted appropriately. Both are free on bond.

The officers havenâ€™t been indicted yet.

Howardâ€™s successor, Fani Willis, who became district attorney in January, has asked Georgia Attorney General Chris Carr to reassign the case, saying actions by Howard made it inappropriate for her office to continue handling the case. Carr has refused, saying the potential problems she cited were specific to Howard, so the responsibility for the case remained with her office.

Fulton County Superior Court Judge Christopher Brasher last month asked Willis to provide evidence showing why she should not be involved by this past Monday so that he can make a decision on the matter.