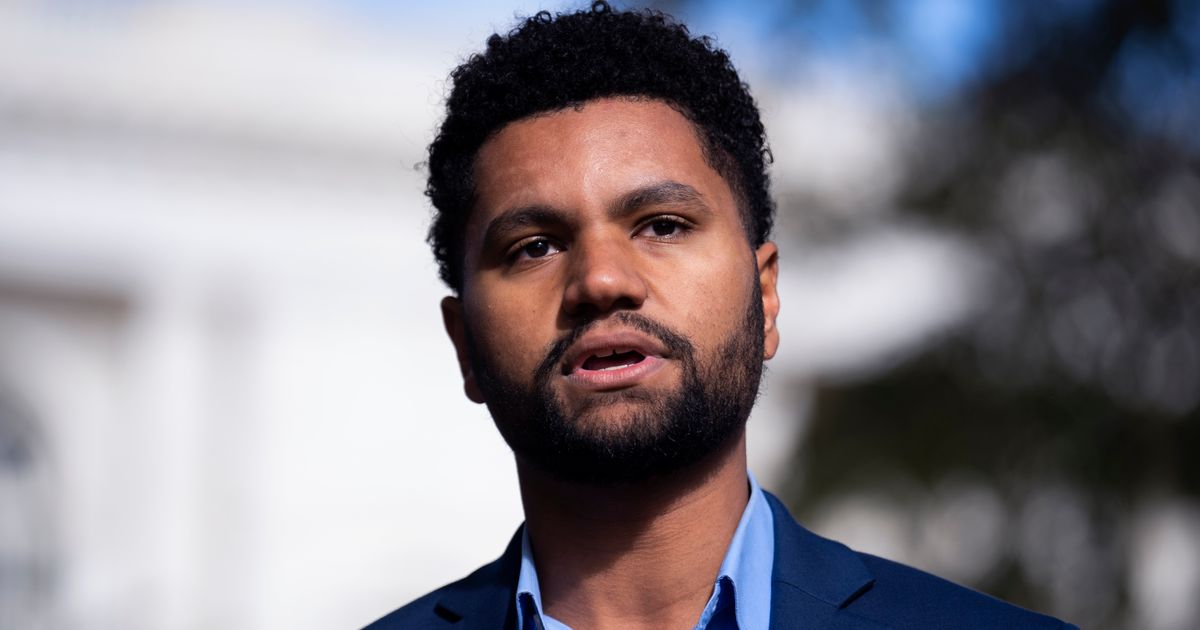 Rep.-elect Maxwell Alejandro Frost (D-Fla.), who will be the first Gen Z member of Congress, said Thursday that his application to rent a Washington, D.C., apartment was rejected due to his bad credit score.

“Just applied to an apartment in DC where I told the guy that my credit was really bad. He said I’d be fine. Got denied, lost the apartment, and the application fee,” Frost tweeted, referencing his work for Uber to make ends meet. “For those asking, I have bad credit cause I ran up a lot of debt running for Congress for a year and a half. Didn’t make enough money from Uber itself to pay for my living.”

Just applied to an apartment in DC where I told the guy that my credit was really bad. He said I’d be fine. Got denied, lost the apartment, and the application fee.

This ain’t meant for people who don’t already have money.

Frost told The Washington Post the building where his application was denied was in the Navy Yard neighborhood, located just over a mile from the U.S. Capitol where he’ll soon work.

The median rent for a 1-bedroom apartment in Washington, D.C., is $2,321, according to Zillow.com.

In an October interview with HuffPost, the young Democrat opened up about the financial struggles he faced as a candidate, including how he ran out of money early in his campaign and resorted to driving for Uber to pay his bills.

“As a young person who just doesn’t have a lot of money, I’ve been living literally paycheck to paycheck this entire year and at times didn’t have money to feed myself,” he said.

Frost said there needs to be more poor and working-class candidates in politics to achieve a better democracy.

The soon-to-be lawmaker’s struggle to find a home in the nation’s capital is not a new one. In 2018, Rep. Alexandria Ocasio-Cortez (D-N.Y.), who worked as a bartender before her successful campaign for Congress, said she had no cash flow to cover the period between her election and swearing-in.

“I can’t really take a salary,” Ocasio-Cortez said in an interview with The New York Times. “I have three months without a salary before I’m a member of Congress. So, how do I get an apartment? Those things are very real.”

She later noted that it was one of many ways the U.S. electoral system wasn’t designed for working-class leaders.

Frost told the Post he had spoken with Ocasio-Cortez about the housing challenges they faced that many of their colleagues haven’t.

“A lot of the members who come into the Congress don’t have these issues when they move, because they already have money,” Frost told The Washington Post.

Frost also hit out on Twitter at conservatives who were criticizing his dilemma, noting that former President Donald Trump has his own debt issues on a much larger scale. Ocasio-Cortez similarly attracted right-wing derision in 2018 when she spoke about her struggle to afford rent in D.C.

My brother in Christ, you literally voted for a President who had multiple companies go bankrupt. https://t.co/2VFaJ6llq0

Prior to his campaign, Frost, a survivor of gun violence, worked as an activist and organizer for the American Civil Liberties Union and March for Our Lives. He ran on ending gun violence, protecting U.S. democracy and fighting the climate crisis, defeating Republican Calvin Wimbish and independents Jason Holic and Usha Jain to claim the seat vacated by Rep. Val Demings (D).