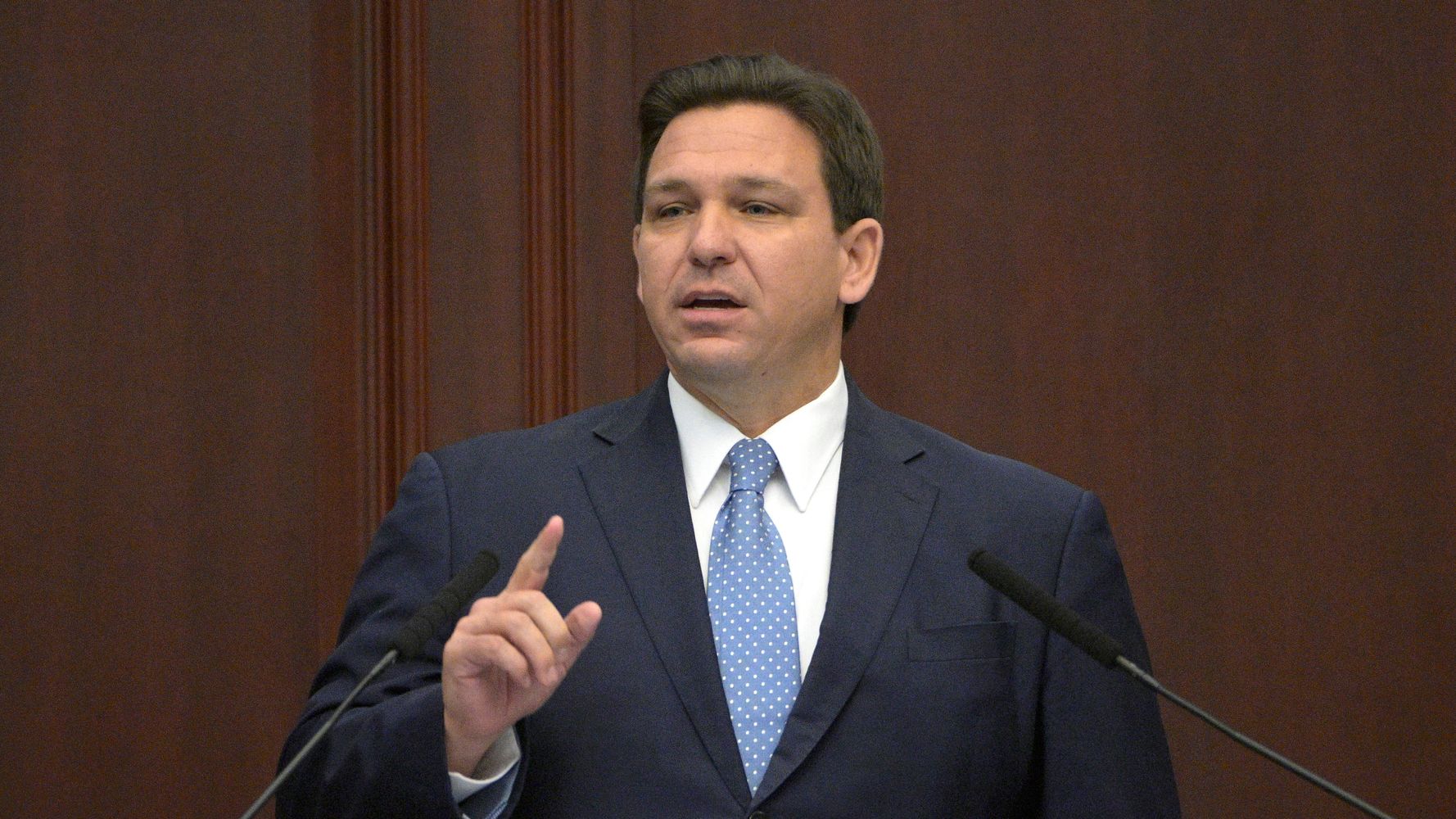 The Republican governorâ€™s comments came a day after the U.S. Food and Drug Administration pulled its emergency authorization for the antibody drugs from Regeneron and Eli Lilly.

DeSantis, who made the drugs a centerpiece of his virus response while resisting vaccine mandates and other safety measures, did not outline how he would fight the FDA decision and it is legally unclear how he would do so. His office did not immediately return an email seeking further clarification. The FDA has sole authority over drug regulation in the U.S.

DeSantis has risen to prominence within the Republican Party through his constant criticism of Biden and White House virus policy. The governor, who is running for reelection and considered to be eyeing a 2024 presidential run, has heavily promoted the monoclonal antibody treatments.

At a news conference Tuesday, DeSantis referenced anecdotal cases in which people were helped by the monoclonal antibody treatments and said it was â€œrecklessâ€ to block the drugs.

â€œPeople have a right to access these treatments, and to revoke it on this basis is just fundamentally wrong and weâ€™re going to fight back,â€ DeSantis said at a news conference.

â€œThey are still advocating for treatments that donâ€™t work,â€ she said of DeSantis.

A spokeswoman for the U.S. Department of Health and Human Services confirmed Tuesday that the U.S. government has halted shipments of the two antibodies. She added that the federal government continues to distribute a GlaxoSmithKline antibody and two antiviral pills that are effective against omicron. However, supplies of those drugs are limited.

â€œThe Administration is focused on making sure that, if an American gets sick with COVID-19, they get a treatment that actually works,â€ HHSâ€™ Kirsten Allen said in a statement.

Hours after the FDA announced its decision Monday, the Florida Department of Health said it would shutter all monoclonal antibody state sites until further notice. DeSantis, in a statement Monday night, warned of the repercussions to â€œBidenâ€™s medical authoritarianism.â€

Federal officials said the FDA decision was supported by several independent studies, including a peer-reviewed paper published in the journal Nature last month. In that study, a consortium of European researchers tested the ability of several antibody drugs to neutralize a live sample of the virus, concluding that Lilly and Regeneronâ€™s antibodies â€œwere inactive against omicron.â€

The American Medical Association, the nationâ€™s largest physician group, said it agreed with the FDA decision, issuing a statement that read: â€œLimiting the use of these treatments will help ensure patients receive the best available therapy.â€

The federal government in late December temporarily stopped distributing the drugs to states as omicron began to become the dominant coronavirus strain but resumed shipments after complaints from Republican governors, including DeSantis. The U.S. government has shipped enough doses of the two antibodies to treat more than 300,000 patients since early January.

The FDA says omicron is responsible for more than 99% of U.S. infections, making it â€œhighly unlikelyâ€ that the antibodies would be effective for people seeking treatment. The drugs are not a substitute for vaccination and are generally reserved for people who are the most vulnerable, including seniors, transplant recipients and those with conditions like heart disease and diabetes.

Perrone and AP writer Zeke Miller contributed to this report from Washington.