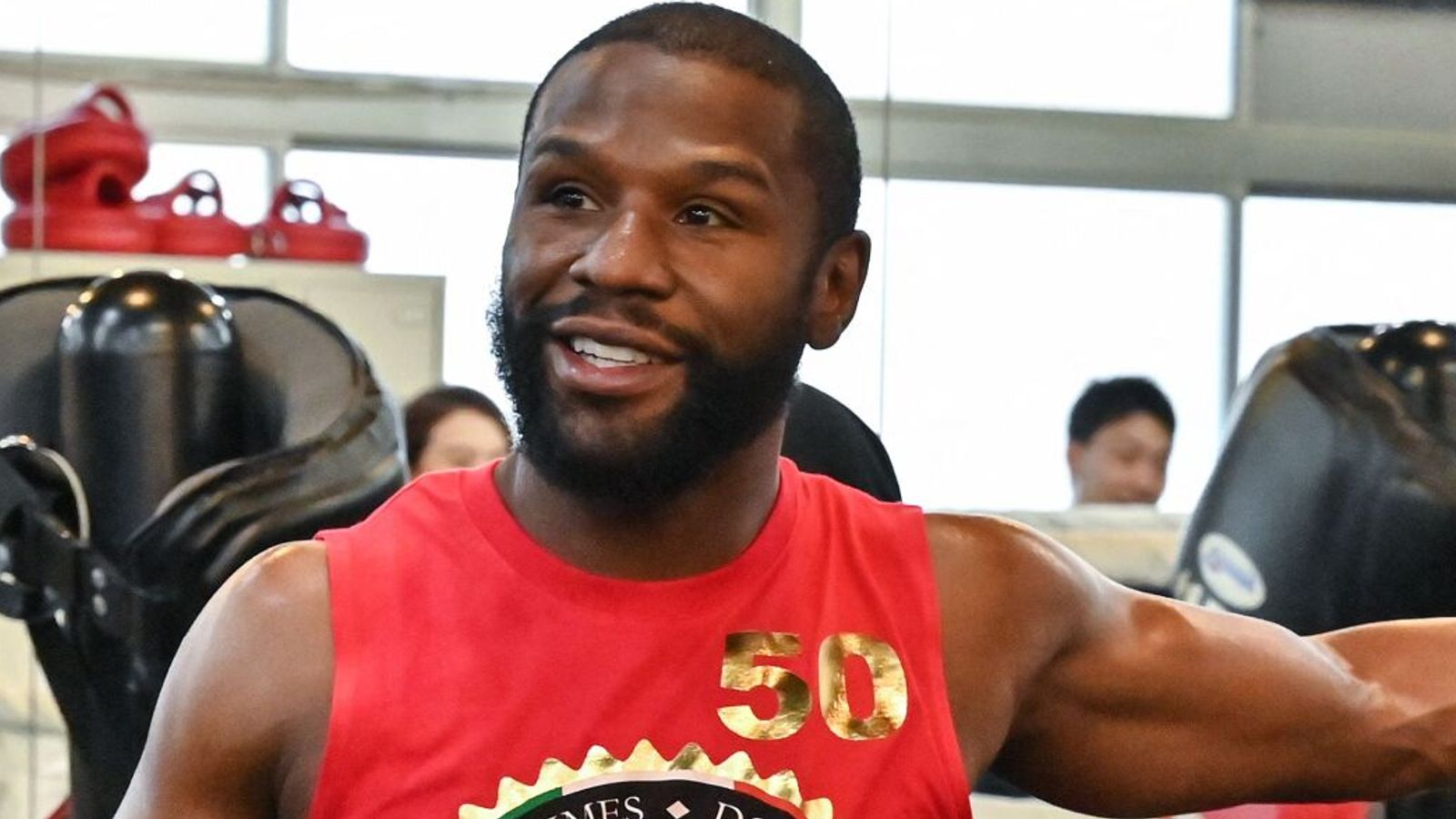 Floyd Mayweather says Japanese fans will be able to “see a glimpse of the old pretty boy” when he fights the Manny Pacquiao-trained Mikuru Asakura in a three-round exhibition on Sunday.

The 45-year-old Mayweather told reporters on Saturday that he is in good condition for the clash with Asakura, 30, a mixed martial arts specialist who is making his boxing debut at the Saitama Super Arena north of Tokyo.

There are no weight restrictions for the bout, with Mayweather – who held a perfect 50-0 record in his professional career – saying that his motivation for the contest was to be “having fun”.

“Now that my career is over and I’m still able to, you know, go out and do small exhibitions and entertain people and still able to see the glimpse of the old Pretty Boy Floyd or the Floyd Money Mayweather,” he told the media on Saturday.

“When I’m doing these exhibitions, my opponents, they take it serious. To me, it’s just a joke. I’m having fun.

Five years on from the mega fight between Floyd Mayweather and Conor McGregor, we look back at how fight week went down.

“Most time, like last night, I was partying. I’m always enjoying myself, smiling, enjoying life. Because this is nothing to me. This is this everyday thing. Just like I said, boxing is like breathing. For me, it is. You have to do it to survive.”

Back in 2015, Floyd Mayweather showed off his slick skills as he outpointed Manny Pacquiao to win their mega-fight in Las Vegas.

“Asakura has something to prove,” Pacquiao said after a friendly back and forth exchange with Mayweather. “He can punch also. Maybe they should watch him tomorrow, because I think he will surprise.”

Mayweather floored kickboxer Tenshin Nasukawa, a bantamweight who fights at around 120 pounds, three times as he scored a first-round win in another exhibition bout in Japan in 2019.

Asakura, who usually weighs about 165 pounds, said: “I don’t care if my face gets punched out. I think he underestimates me so please tell him it’s not going to be as easy as he thinks.”