For Western companies, China is a risky bet 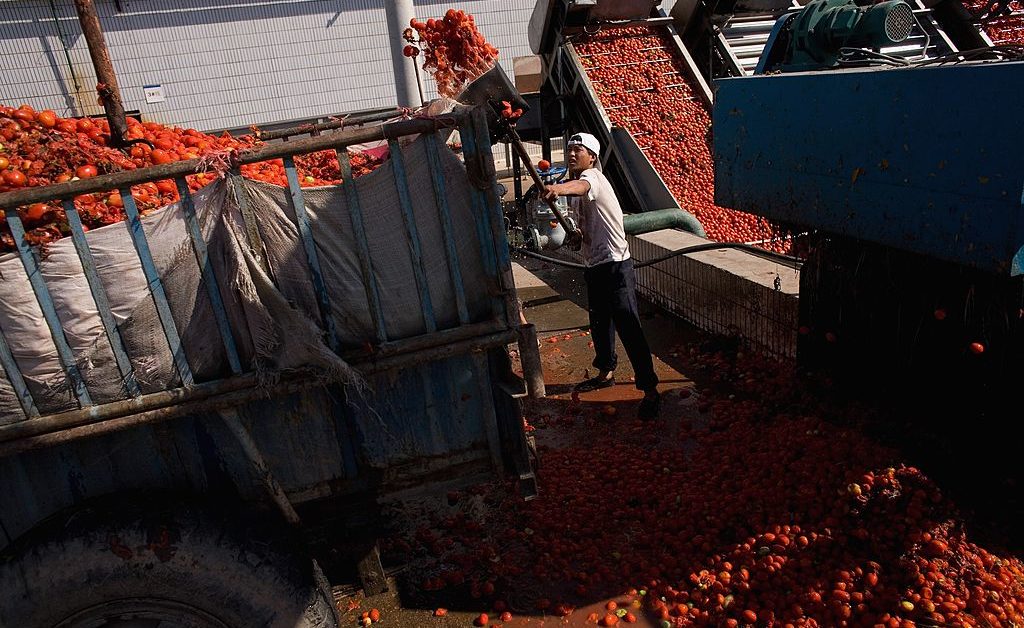 Elisabeth Braw is a resident fellow at the American Enterprise Institute.Â

A Finnish paper-and-pulp producer isnâ€™t the first place youâ€™d look to divine the future of Chinaâ€™s fast-escalating showdown with the West. And yet, the decision by the forestry giant Stora Enso this month toÂ stop producing wood pulpÂ is illustrative of the pressure companies across the world are coming under as public concern mounts about human rights violations in the Chinese region of Xinjiang.Â Â

Perhaps wisely, given Beijingâ€™s penchant for retaliation, Stora Enso didnâ€™t spell out what prompted the step. But the move came immediately after the South China Morning PostÂ reportedÂ that the Finnish company was a major supplier of the pulp being used in Xinjiangâ€™s massive textile industry â€” which has been accused of using slave labor.Â

Stora Ensoâ€™s decision is illustrative how the corporate calculus regarding China is being turned on its head. After decades in which companies most feared being locked out of one of the worldâ€™s largest markets, Western firms are starting to realize that even the faintest link to Xinjiangâ€™s â€œre-education campsâ€ can be toxic to their reputation (remember Volkswagenâ€™s China CEOâ€™s cringeworthyÂ interviewÂ with the BBC?). As companies weigh the risk of doing business with Beijing, itâ€™s a safe bet that many more will discreetly do a Stora Enso and leave.Â

Beijingâ€™s belligerence isnâ€™t helping its cause â€” as orchestrated boycotts against even its mildest critics present yet another unpredictable risk to the bottom line. Last month, a campaign calling for H&M to be boycottedÂ eruptedÂ on Chinese social media. At the same time, the Swedish fast-fashion retailer was de-platformed from Chinese e-commerce sites. Its crime: to haveÂ mentioned, in 2020, that it was concerned about human rights in Xinjiang.Â Â

Soon landlordsÂ began closingÂ H&M shops, while an officialÂ warnedÂ the chain would make no more money in China. Nike is the subject of a similar boycott â€” somewhat ironic, considering it hasÂ lobbiedÂ the U.S. Congress not to adopt legislation aimed at reducing Uyghur forced labor in U.S. supply chains â€” as is the British luxury brand Burberry. All three brands have seen their share priceÂ drop.Â Â

This puts companies in an untenable situation. Capitulate to Chinese pressure and face the wrath of Western consumers. Or speak out against human rights violations and risk retaliation from Beijing. Even for company executives who are convinced thereâ€™s no slave labor in their supply chain, just staying in China comes with reputational risk and exposure to the caprices of the Chinese government.Â Â

Late last year, for instance, it emerged that Ericssonâ€™s CEO, BÃ¶rje Ekholm, hadÂ pleaded withÂ the Swedish government to reverse a ban on using Huawei products for the countryâ€™s 5G networks. The reason: pressure from Beijing on Ericsson, which makes about 1 percent of its revenue in Sweden compared to 10 percent in China.Â Â

To be sure, pulling back from China will come at a cost. Not only can it boast an enormous, growing consumer market, it accounts for 28 percent of the worldâ€™s manufacturing â€” more than the United States, Japan and Germany put together. Whether a company is manufacturing or selling in China, it will be hard to reduce reliance without also reducing revenues.Â

But revenues are not executivesâ€™ only responsibility: Even more important are share prices â€” and these can be influenced not just by the financials, but ineffables like corporate reputation, public standing and risk of government intervention. Shareholders will put up with a dip or two in share prices when Chinese anger erupts or Western consumers vote with their wallets, but not if it begins to happen regularly. Most of all, shareholders prize stability â€” and stability may no longer be possible on the Chinese market.Â

Stora Enso has evidently decided that doing business with Beijing is simply too risky. The question is just how many other companies will soon do the same.Â