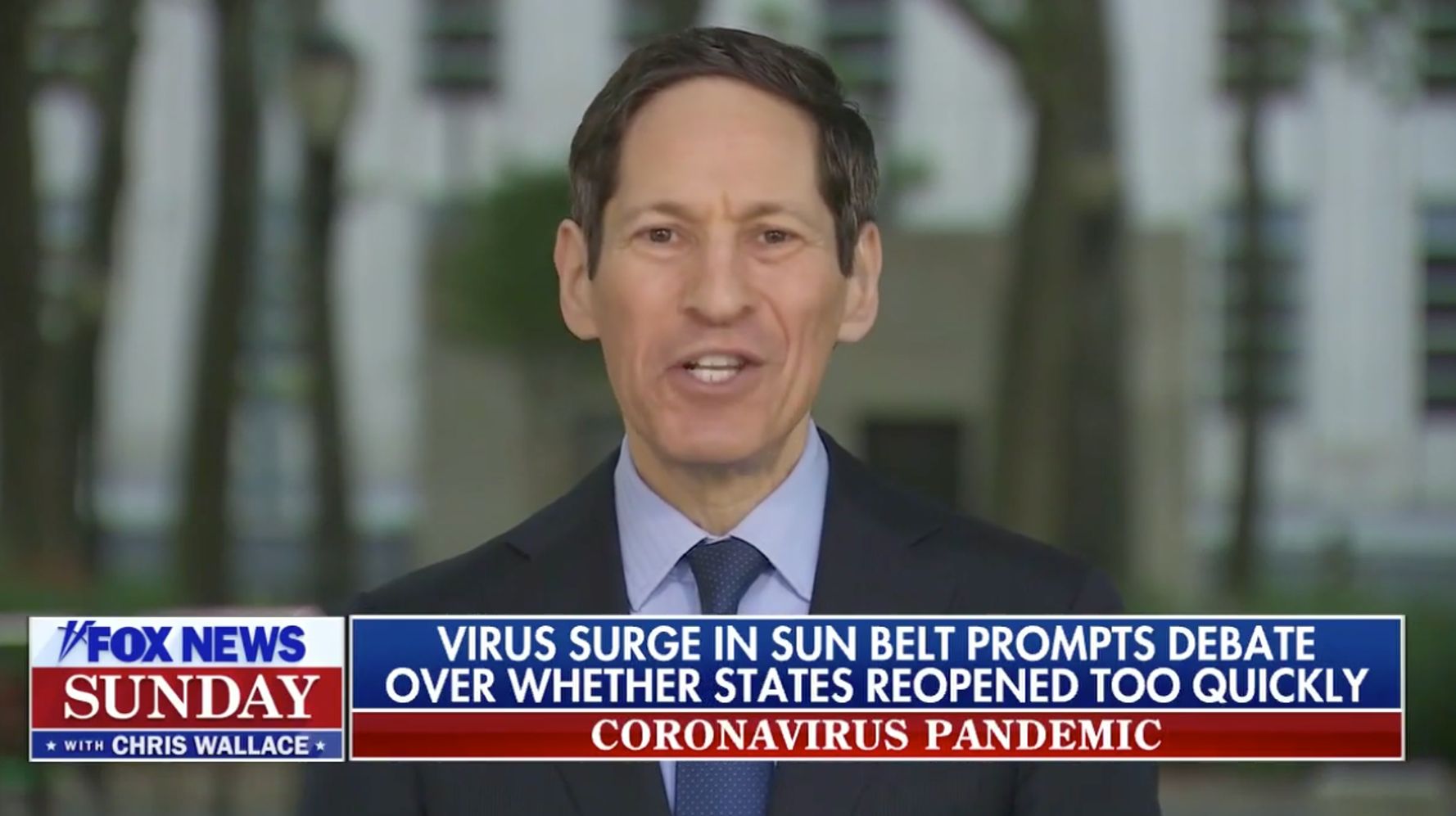 Dr. Tom Frieden, the former director of the Centers for Disease Control and Prevention, said the recent surge in coronavirus cases across parts of the country is the result of the virusâ€™s spreading, not increased testing, as President Donald Trump has argued.

â€œAs a doctor, a scientist, an epidemiologist, I can tell you with 100% certainty that in most states where youâ€™re seeing an increase, it is a real increase,â€ Frieden told â€œFox News Sunday.â€

He added: â€œIt is not more tests. It is more spread of the virus. … The numbers youâ€™re seeing are just a tip of the iceberg of even more spread.â€

Trump said last week that he pushed administration officials to slow down testing to avoid the high numbers of confirmed infections. (White House officials claimed he was joking, but the president told reporters days later that he doesnâ€™t â€œkid.â€)

â€œTo be honest with you, when you do more testing, you find more cases,â€ the president told CBN News on Monday. â€œAnd then they report our cases are through the roof.â€

There have been more than 125,000 coronavirus-linked deaths in the U.S. and more than 2.5 million confirmed cases of the virus nationwide as of Sunday, according toÂ data compiled by Johns Hopkins University.

On Friday, the U.S. reported more than 45,000 new cases â€• shattering the record for the countryâ€™s largest single-day total.Â Hospitalizations have increased dramatically in several states, including Arizona, Florida, Texas and South Carolina.

Frieden, who led the CDC from June 2009 to January 2017, suggested Sunday that these states reopened too early in the pandemic.

â€œIf you open when cases are still increasing, as many states did, itâ€™s like leaning into a left hook: Youâ€™re going to get hit hard,â€ Frieden said.

Vice President Mike Pence, whom Trump appointed to lead the White House coronavirus task force in February,Â said earlier this week that the death toll in the U.S. could top 240,000.

Meanwhile, Alex Azar, the secretary of health and human services, on Sunday warned that the wave of new infections is a â€œvery serious situation.â€Â Â

â€œI encourage your listeners, if youâ€™ve had COVID, call your blood bank, American Red Cross, and please donate plasma to increase our supplies,â€ Azar said in an interview on CNNâ€™s â€œState of the Union.â€ â€œSo weâ€™ve got the tools to do this, we just did this in the past couple of weeks in North Carolina, but the window is closing. We have to act, and people as individuals have to act responsibly.â€

The majority of new infections in Southern states have been in people 35 years and younger who may be asymptomatic and not as seriously at risk,Â Azar added.

But Frieden on Sunday cautioned against taking too much comfort in the fact that itâ€™s mostly young people testing positive in some states.

â€œWhat starts in the young doesnâ€™t stay in the young,â€ he said. â€œYounger people have parents, uncles. … Weâ€™re going to see increasing spread. Thatâ€™s why the three Wâ€™s are so important: Wear a mask, wash your hands or use sanitizer and watch your distance.â€

Last June, Frieden pleaded guilty to disorderly conduct in a sexual harassment case. A 55-year-old woman alleged he grabbed her butt without her consent at his apartment in 2017. As part of his plea, the charges of forcible touching, sexual abuse and harassment against him were dropped.