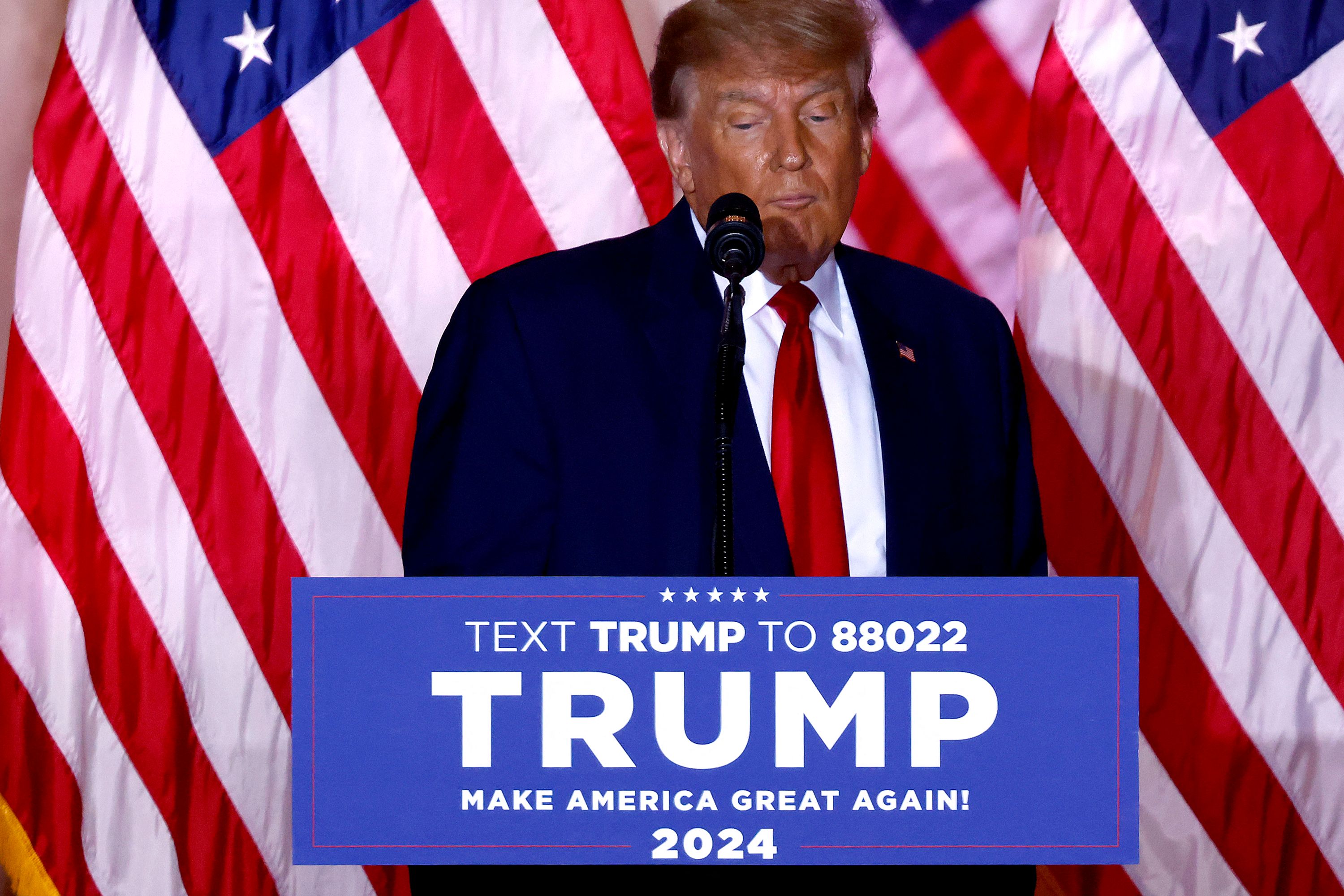 Walsh, who previously represented a suburban Illinois Congressional district, blasted the Republican Party for not issuing a stronger rebuke against the dinner, as Fuentes is known for his denial of the Holocaust and other white nationalist views. Rapper Kanye West, who has faced criticism for recent antisemitic comments, was also present at the dinner.

Walsh, once an ardent Trump supporter, has now emerged as a vocal conservative critic of his. He unsuccessfully challenged Trump for the 2020 Republican presidential nomination and has spoken out against the former president on several occasions, as well as the direction of Republican Party.

“As I had repeatedly said, white supremacy, neo-Nazism, hate speech and bigotry are disgusting and do not have a home in the Republican Party,” McDaniel told Newsweek on Saturday.

Trump’s controversial meeting comes after he announced his 2024 presidential bid earlier this month, even as many in the GOP turned away from him due to Republicans underwhelming results in this year’s midterms.

Fuentes gained notoriety after attending the “Unite the Right” rally in Charlottesville, Virginia, in 2017. During one livestream, Fuentes compared the mass genocide carried out during the Holocaust to baking cookies in an oven, Newsweek previously reported. The Southern Poverty Law Center describes him as a “white nationalist livestreamer” and an “outspoken admirer of fascists such as Mussolini.”

Trump has defended the dinner, saying he “knew nothing about” Fuentes before the meeting, in which he said he urged West not to run for president.

“This past week, Kanye West called me to have dinner at Mar-a-Lago,” the former president wrote on Truth Social on Friday. “Shortly thereafter, he unexpectedly showed up with three of his friends, whom I knew nothing about. We had dinner on Tuesday evening with many members present on the back patio. The dinner was quick and uneventful. They then left for the airport.”

West said Trump was “really impressed” by Fuentes in a video posted to his Twitter account. The former president has not publicly responded to West’s claim.

Meanwhile, some Republicans have denounced Trump for meeting with Fuentes.

“We’ll live to regret the mainstreaming of hate & bigotry. Turn a blind eye enough times, & it’s no longer something we can dismiss as a shameful error in judgment — it becomes who we are. The GOP needs to loudly & unequivocally condemn Trump for meeting with both Ye & Fuentes,” Alyssa Farah Griffin, who served as the White House Director of Strategic Communications in the Trump administration, tweeted.