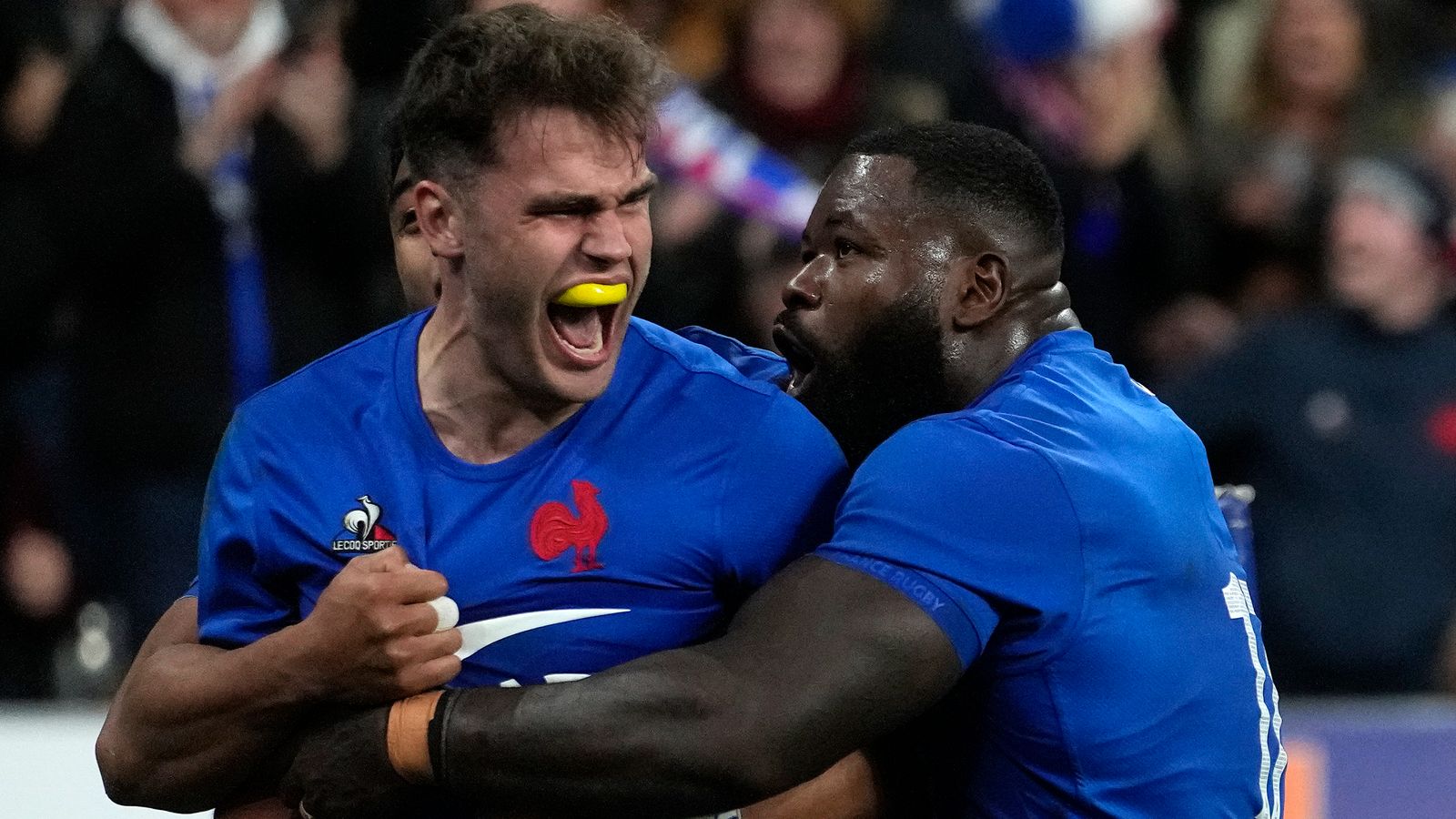 Damian Penaud’s late try gives France a hard-fought win against a team who managed to handle scrum-half Antoine Dupont perfectly, but the winger’s run for his ninth try in the last 11 games proved just enough for the hosts

Some late Damian Penaud magic enabled France to seal a last-gasp 30-29 victory against Australia in their Autumn Nations Series clash at the Stade de France.

The Wallabies’ Lalakai Foketi scored a sensational try and Jock Campbell added another with Bernard Foley kicking the rest of the points for the visitors, who did a great job at keeping France’s mercurial scrum-half Antoine Dupont in check.

Fabien Galthie’s side ground through the game and winger Penaud scored a stunning late winner to add to Julien Marchand’s try, while Thomas Ramos’ metronomic boot secured their other points.

France, who take on South Africa in Marseille next Saturday, improved on their record of consecutive victories that dated back to the 1930s.

“We were playing for a record that dated back to the 1930s. Winning 11 consecutive games in a row in modern rugby is no small feat and I’m proud of the players because they went for it,” said head coach Galthie.

“We knew that two weeks of work could not make up for all these months not being together, especially against a team who have been playing together a lot recently.

“It was a very tough game but we knew it would be tight. I’m very proud of the boys, they never gave up.”

Foley put the visitors ahead with an early penalty as Australia started strongly, only for Ramos to cancel out the advantage with a 30-metre penalty and then give Les Bleus the lead with a 48-metre kick.

After Foley’s second penalty, France touched down through Charles Ollivon, only for the try to be ruled out for a double movement. Minutes later, Australia effectively scored the first try at the end of a blistering counter-attack, Foketi diving over after collecting Tom Wright’s pass inside the French 22.

France had a spell of domination and were rewarded with two Ramos penalties but for the first time in four years the hosts faced the prospect of being behind at half-time at the Stade de France.

However, Marchand scored a pivotal try in stoppage time from a strong ruck and Ramos added the extra points to give France a six-point lead at the interval with the score at 19-13.

Foley and Ramos traded penalties early in the second half, but Australia struck the first blow when Campbell went over after a fine collective move before Foley converted to give the Wallabies a one-point advantage and fresh momentum.

Foley kicked for three points again before Ramos also did so and, with five minutes left, Hodge added another penalty to leave France with a try to score for a win that looked elusive.

Penaud shuffled to beat two tackles and touch down with four minutes left to give his team another confidence boost a year before the World Cup on home soil.

Australia scrum-half Nic White said: “An incredible try at the end. We’ll take some learnings but the initial feeling is we are gutted.

“We’ll have a look at the last 10 minutes. Without going into too much detail, there is something we’ll learn. We had some positives and were right in it. We feel like we probably should have won it.”

Australia beat Scotland 16-15 at Murrayfield last Saturday after the hosts missed a last-minute penalty but this time the Wallabies were on the wrong end of a tight contest.

“Whilst we didn’t get the result, we put two performances back to back. We performed well and will take the positives out of that,” added White.