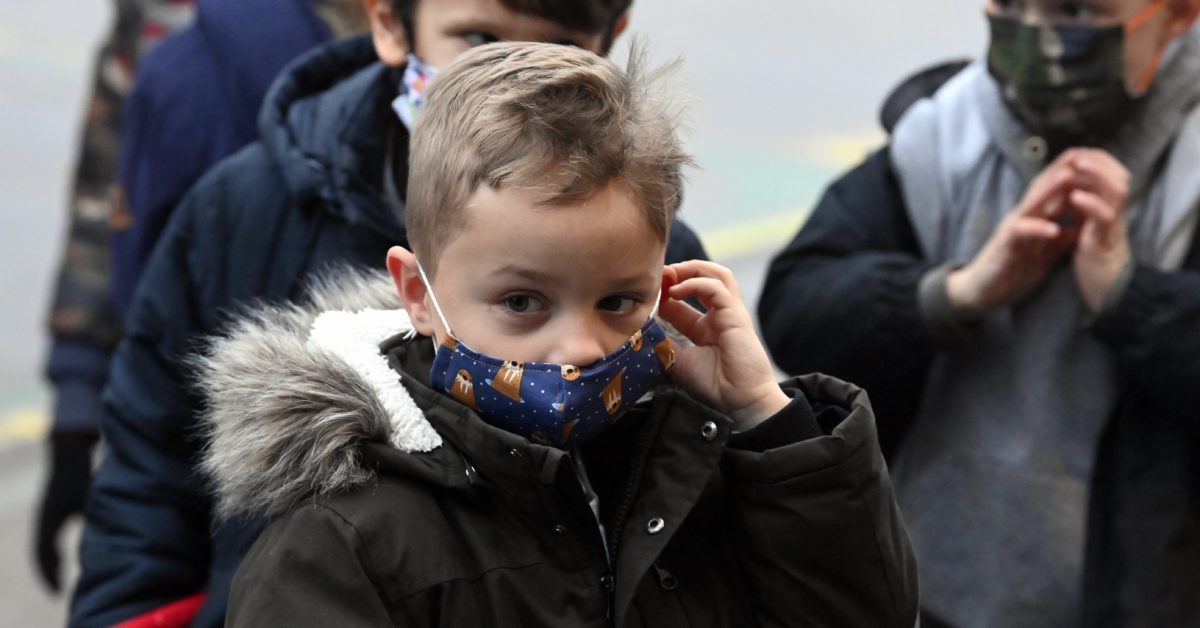 Children as young as six in France will have to wear masks outdoors and in most public spaces from Monday, according to details published by the French government Saturday.

The new precaution comes after the country recorded more than 230,000 new cases of COVID-19 for December 31, the most recent data available, and as France tries to slow down the spread of the Omicron coronavirus variant.

The move sees Paris reduce the age at which people will be required to wear masks in public places from 11 to six years old. There are exceptions, including when people are exercising outdoors.

French Prime Minister Jean Castex last week outlined a host of other restrictions, including a requirement that people work from home for at least three days a week, beginning in January. Companies face fines of up to â‚¬50,000 for breaching those new rules. Outside gatherings will also be limited to 5,000 people, although the French government has yet to decide if campaign events ahead of the upcoming presidential election in April will face similar curbs.

To clamp down on Omicron, Paris is also speeding up its vaccination efforts and has announced that citizens are now eligible for their booster shot three months after their last injection.