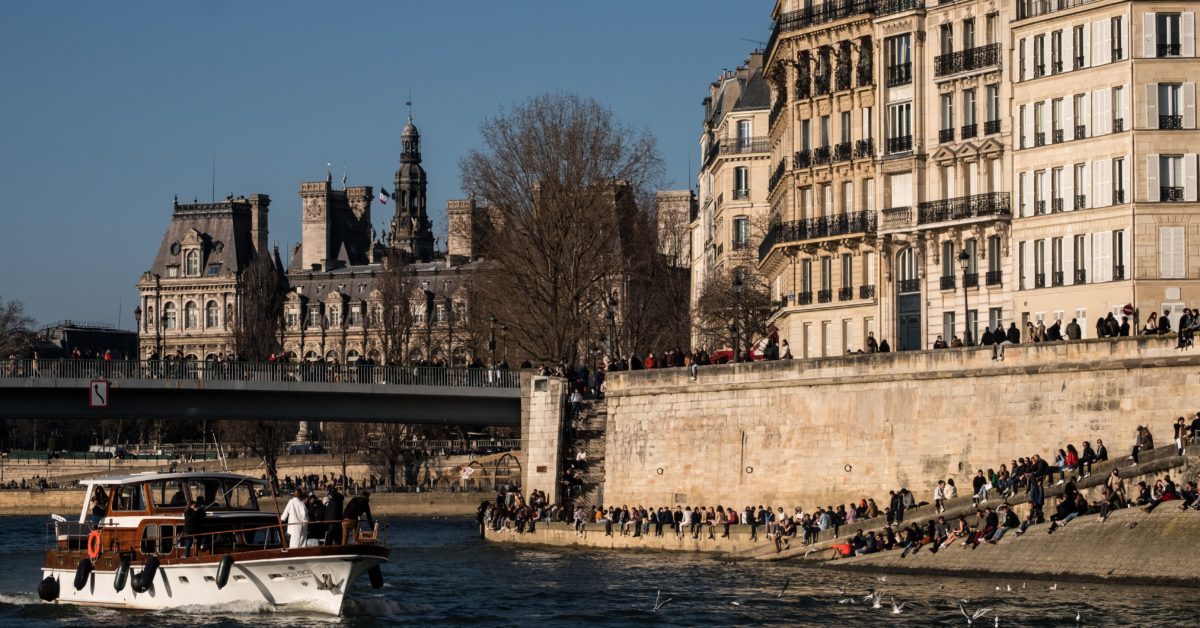 PARIS â€” The French government is discussing conditions that would allow bars and restaurants to reopen with representatives from the hospitality industry.

Speaking at the weekly press conference on COVID-19 on Thursday, Prime Minister Jean Castex said “we might be able to loosen some restrictions” by mid-April, “thatâ€™s our clear objective.” Â

“We are not facing an exponential increase of the epidemic and cases among the elderly continue to drop,” he said, adding that vaccinations would speed up over the coming weeks. Currently, there are over 20,000 new cases of COVID-19 in France every day.

Restaurants, bars, theaters and museums are closed and a nationwide 6 p.m. curfew has been imposed to fight the surge of COVID-19 variants.

Last week, President Emmanuel Macron floated the idea of introducing a digital COVID pass to allow places to reopen. People could store their health information, whether itâ€™s negative test results or vaccinations, on an app and use this to get access to public venues.

The proposal has sparked controversy in France and on Tuesday Health Minister Olivier VÃ©ran demurred on the topic.

â€œWe are not on the cusp of bringing in a COVID pass in our country, weâ€™ve only vaccinated several million French citizens,â€ VÃ©ran told MPs in the National Assembly. â€œThere are technical issues, what app do we use? Is it [French tracking app] TousAntiCovid? And political and ethical questions. What do we do about people who have not been vaccinated or who could not be vaccinated?â€

A recent poll by Elabe showed that 52 percent of the French were against introducing a COVID pass. A similar percentage were also opposed to a vaccination passport.

This week, officials at Franceâ€™s digital ministry met with representatives of the hospitality industry to discuss a simpler track-and-tracing system of QR codes for bars and restaurants. Customers would scan the QR code with their smartphone as they enter, linking the venue to the TousAntiCovid app. They would be alerted if a positive case was later detected.

Many in the industry, however, do not want to force customers to scan on entry.

“A digital COVID pass means weâ€™ll have to be policing access,â€ said David Zennouda, a nightclub owner and a representative from one of the hospitality industry trade unions, UMIH. â€œAnd thatâ€™s quickly going to get difficult. We canâ€™t turn away part of our clientele simply because they decided not to get vaccinated.”

The question also asked is whether a French digital COVID pass will evolve into an actual vaccination passport.

A digital COVID pass would be â€œthe thin end of the wedge. Later if you want to go travelling in Europe, itâ€™s the EU that decides what rules apply to the COVID pass, and at that point vaccinations will become mandatory,” Zennouda said.

In a country where only 4.6 percent of the population has been vaccinated against COVID-19, that would be problem. Castex said France was on course to vaccinate 10 million people by mid-April, and 20 million by mid-May if deliveries go to plan.

The prime minister also announced that a weekend curfew would be imposed in the department of Pas-de-Calais to fight the surge of cases there and reduce tension on local hospitals.