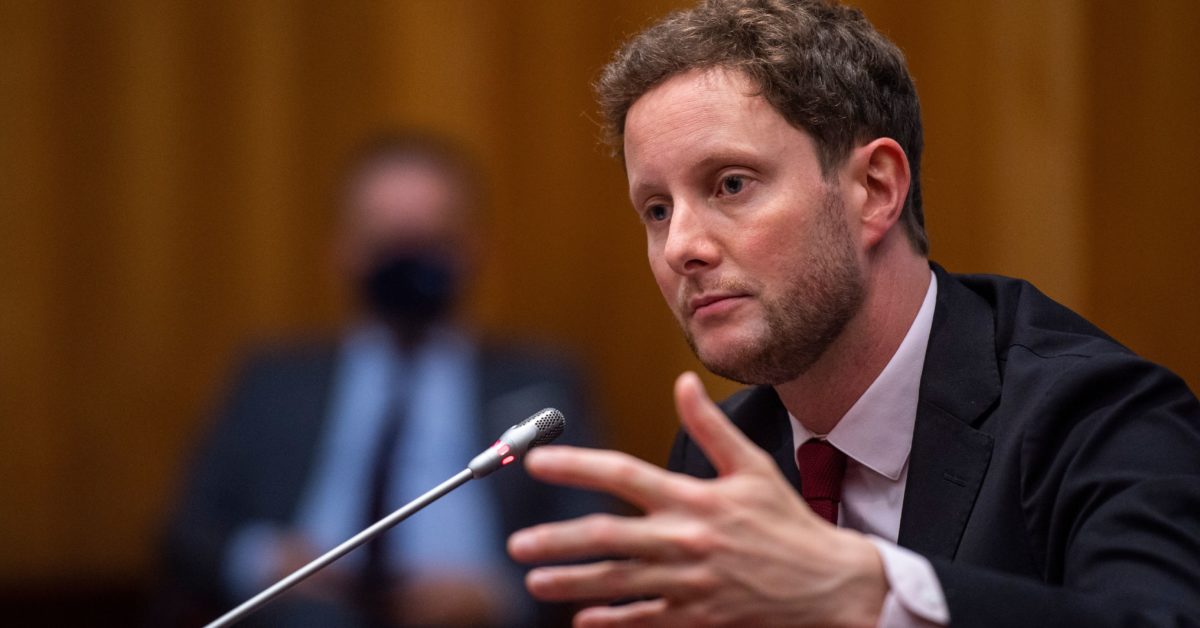 PARIS â€” Delegating coronavirus vaccine procurement to the European Commission was the right approach, even if there are kinks to work out, according to French Europe Minister ClÃ©ment Beaune.

In an interview with POLITICO setting out France’s EU priorities for the year ahead, Beaune said the vaccination effort would dominate the first six months of 2021.

The Commission and its president Ursula von der Leyen have been accused by critics in recent days of not buying enough doses, not buying enough of the right vaccine and not getting the doses fast enough. The criticism has included unusually blunt attacks on the EU from some German politicians and media outlets as the controversy has become caught up in the contest to succeed Angela Merkel as German chancellor.

The German Commission president has in turn been accused of being too focused on politics in her home country in her reaction to the controversy. She held a press conference on Friday to announce a deal to reserve up to 300 million more doses of the BioNTech/Pfizer coronavirus vaccine, doubling the EU’s order for the jabs.

That criticism was fueled also by von der Leyen holding a short press availability on Thursday in which she spoke only in German to discuss the turmoil in the United States.

But Beaune defended von der Leyen’s decision to engage with the criticism in Germany head-on.

â€œI think she did well because she tried to defuse a bad German controversy, to be clear,â€ Beaune said in the interview, conducted on Friday.

He said he saw von der Leyen’s intervention “not as a former German politicianâ€™s attempt to cater to her country but rather as the president of the European Commission that wants to put out a potential fire that grew in Germany in a context of pre-electoral campaign.â€

While Beaune is an unabashed defender of the decision to pool vaccine procurement in a European framework, he also accepts that some issues still need to be worked out.

For Beaune, â€œthe stakes in coming weeks and months are for Europe to demonstrate its effectiveness and its speed.â€ That means â€œordering the right number of doses and accelerating, if possible, both the production and supply.â€

â€œWe can, of course, improve the European framework, but a national framework would have been folly,â€ he said, referring to the idea that EU countries should have pursued their own vaccine procurement efforts, “which some in Germany are lobbying for now in a crazy way in my opinion.â€

Some German politicians have accused France of pressuring the Commission to buy less of the German-American vaccine from Pfizer/BioNTech to ensure French company Sanofi also gets enough orders for its vaccine, which is still under development. Beaune says that is not true and dismisses these attacks as â€œabsurd and dangerous.â€

Beaune is holding meetings in Brussels Monday and Tuesday with commissioners including Thierry Breton, Valdis Dombrovskis, Mariya Gabriel and Virginijus SinkeviÄius to discuss major 2021 agenda items like the fight against coronavirus, Brexit and fisheries and to continue preparations for the French presidency of the Council of the EU, which begins in January 2022.

Beyond the vaccine and other efforts to surmount the pandemic, France will be particularly invested in at least four major issues in 2021: getting a Conference on the Future of Europe finally off the ground, making proposals to reform the Schengen zone, following up on the EU-China investment deal and the Brexit deal on fisheries.

The Conference on the Future of Europe was supposed to kick off last year under the German presidency of the Council of the EU, but the coronavirus and disagreements over who should lead it scuttled those plans. Nevertheless, Beaune is optimistic it will be up and running soon.

â€œItâ€™s going to start in the first trimester, I hope, at least for sure under the Portuguese presidency,â€ he said.

Portugal, which began its six-month presidency on January 1, has some reservations about the conference, especially if it leads to proposals for treaty changes. But the conference is a big priority for French President Emmanuel Macron.

Beaune said â€œthereâ€™s a desire to resolve this governance issue in January and launch its work in the spring.â€ If the European Parliament’s main groups and other EU institutions can’t agree on a single president, they will set up a â€œcollegial presidencyâ€ and get started, he said.

Paris has also been pushing for reforms to the EU’s border-free Schengen zone, which it has suggested are necessary following the spate of terror attacks France suffered in the fall of 2020, and the terror attack in Vienna. Proposals were originally expected before the December European Council summit but failed to materialize.

The plans will now come â€œduring the first trimester of 2021,â€ according to Beaune, and ideas are already being tested with some countries.

Beaune also defended the EU-China investment deal that was concluded by the Commission at the end of 2020. The pact has been criticized by MEPs, who have signaled they may refuse to ratify it due to human rights concerns. It has also caused dismay in Washington.

Beaune said he considers â€œthis deal only has advances for the EU.â€ But he also said the EU â€œwill see what the Chinese intentions are and what signs of goodwill it gives over the next year, before we adopt it.â€

Meanwhile, Europeans should “continue to put pressure on rebalancing our economic relationship” as well as getting China to make progress on human rights, social and climate issues. “We will have a rendezvous under the French presidency of the EU in 2022 to reinforce the Chinese commitments in all these sectors,” Beaune said.