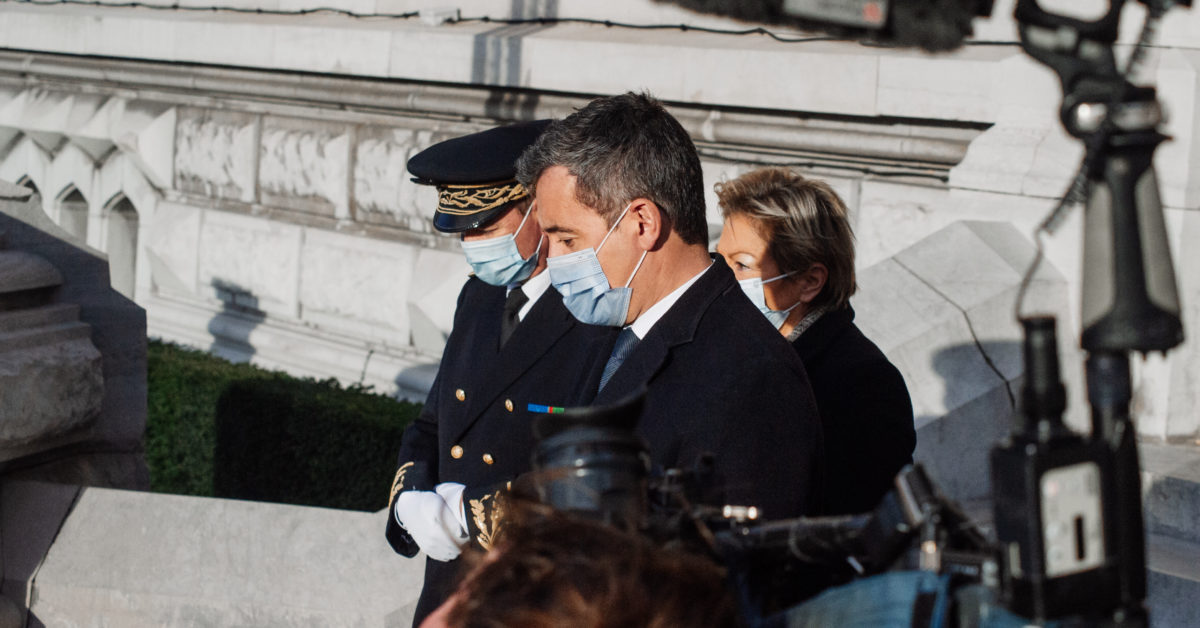 France wants to work with its â€œBritish friendsâ€ to counter human trafficking across the English Channel but wonâ€™t be held hostage by U.K. domestic politics, Interior Minister GÃ©rald Darmanin said Sunday after an emergency meeting with colleagues from countries along the Channelâ€™s continental shore.

Darmanin told a news conference he hoped President Emmanuel Macron will be able to announce progress soon on â€œa new framework of cooperationâ€ with the U.K. and plans to fight human traffickers, who the minister blamed for the drowning Wednesday of 27 migrants when their England-bound boat sank near the French port of Calais.

He expessed hope an intensification of efforts against people traffickers would result from the meeting in Calais of interior ministers from France, Belgium, the Netherlands and Germany, as well as officials from Frontex, Europol and the European Commission. Darmanin said the EU border agency Frontex would supply a plane to monitor the Channel â€œnight and dayâ€ from December 1.

Notably absent from Sundayâ€™s talks was the U.K. due to a diplomatic row between London and Paris. On Friday, France uninvited U.K. Home Secretary Priti Patel after Prime Minister Boris Johnson tweeted a letter to Macron urging France to accept returned migrants as part of a wider agreement on containing cross-Channel migration flows.

Darmanin complained of a gap between â€œseriousâ€ technical talks with the British and public grandstanding for domestic audiences. â€œThis wasnâ€™t a serious way of working,â€ he said. â€œUnfortunate public declarations donâ€™t facilitate our discussions â€¦ we cannot talk government-to-government through Twitter.â€

The Calais meeting was â€œnot anti-Britishâ€ but rather â€œpro-European,â€ Darmanin said, adding that dialogue between Paris and London is still open. However, he called on the U.K. to revise its asylum policies and take steps to make working in Britain harder for migrants who arrive illegally.

â€œWe want to work with our British friends â€¦ but that work has to be serious and not be held hostage by domestic politics,â€ the minister insisted.

Patel spoke on Sunday morning with her Dutch counterpart about the deadly Channel crossings, the U.K. Home Office said.

â€œThe Home Secretary expressed that it was unfortunate that she wouldnâ€™t be present at todayâ€™s meeting of interior ministers in Calais to discuss this issue,â€ the statement read.

Patel tweeted on Sunday that she will â€œbe holding urgent talks with my European counterparts this week to prevent further tragedies in the Channel.â€ She to called for more international cooperation to tackle the issue.