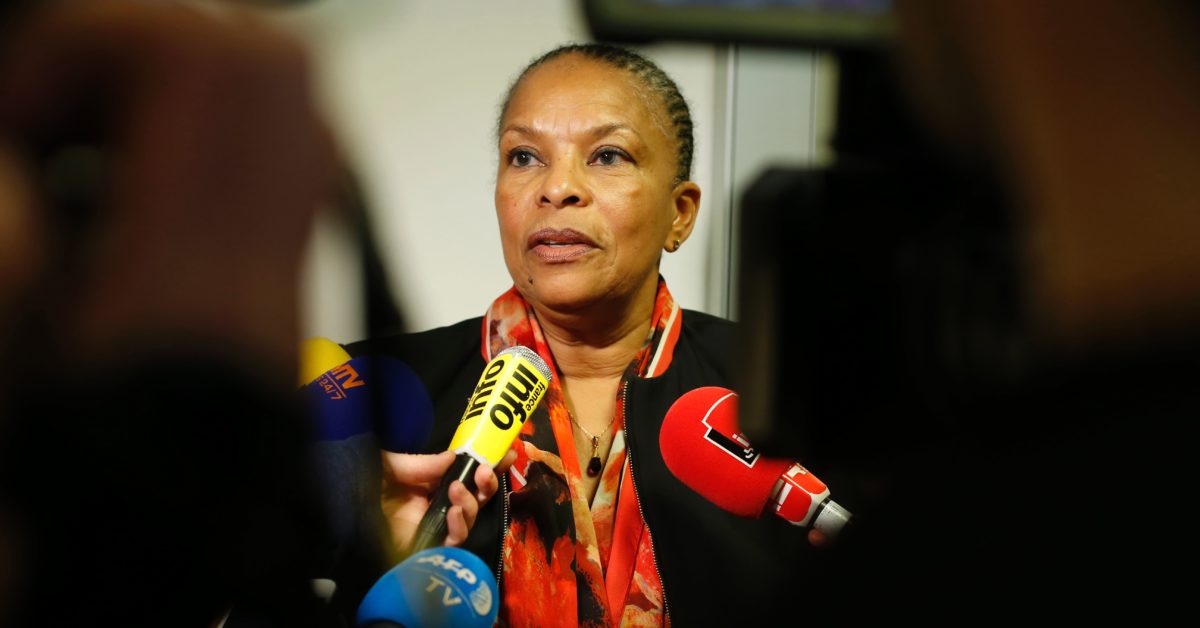 BONDY, Paris â€” Franceâ€™s former Justice Minister Christiane Taubira announced Sunday she will run in a primary for the 2022 presidential election in a bid to break â€œthe deadlockâ€ on the French left.

â€œI announce that I accept the rules of the popular primary,â€ she told supporters at a market in the town of Bondy near Paris. â€œIâ€™ll take and accept the risk of democracy and will accept its verdict.â€

Up to 300,000 people have signed up to vote in a left-wing primary called the â€œPopular Primaryâ€ that is being organized by left-wing civil society activists. The vote is to take place at the end of January.

Taubiraâ€™s move risks adding more confusion to the race as most of her rivals have refused to take part in the primary ahead of the presidential election in April. The Green candidate Yannick Jadot argues his party has already held an internal vote in September, and Socialist Party candidate Anne Hidalgo doesnâ€™t want to take part without the Greens.

Taubira, who is Black, became a popular figure among progressives in part thanks to her lyrical defense of same-sex marriage while facing verbal racist attacks during her tenure. A recent poll by Ipsos showed that Taubira was the most popular politician among left-wing voters, ahead of Jadot and Hidalgo.

Taubira appealed to her rivals to submit to the vote as â€œthe last chance of a possible union on the left.â€

â€œWe want to run the country together â€¦ so we should accept the verdict of the primary,â€ she said. â€œWe have nothing to fear of the voters of the primary.â€

Taubiraâ€™s appeal appeared to fall on deaf ears on Sunday. Speaking on the French TV channel LCI, the far-left candidate Jean-Luc MÃ©lenchon confirmed he would not take part.

â€œItâ€™s not facing the risk of democracy as she says, itâ€™s facing a panel of people and we have no idea how they have been selected,â€ he said, adding that Taubiraâ€™s approach was â€œcontradictoryâ€ because she said she wanted to â€œbring the left togetherâ€ but is adding yet another candidacy.

On Saturday, Hidalgo appeared to close the door on her participation in a primary, after having initially called for a vote to be held in what was seen as a move to jumpstart her bid.

According to POLITICOâ€™s Poll of Polls, MÃ©lenchon would get 9 percent of the vote, Jadot 7 percent and Hidalgo 4 percent, putting them behind the incumbent Emmanuel Macron, the conservative ValÃ©rie PÃ©cresse and the two candidates of the far-right Marine Le Pen and Eric Zemmour.