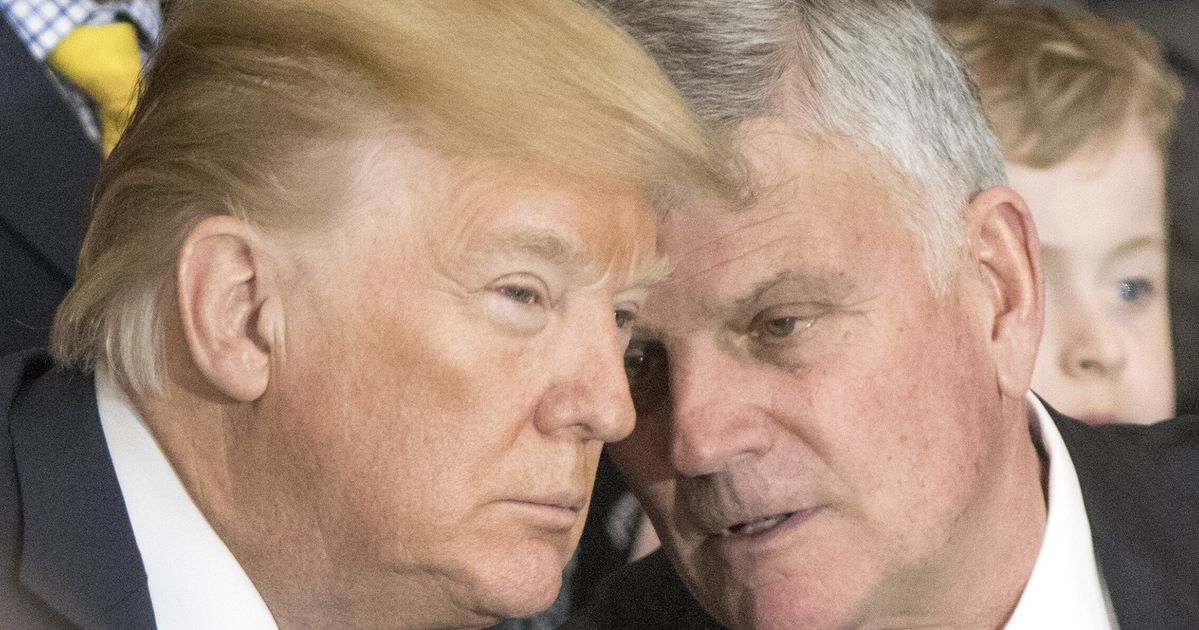 Evangelical leader Franklin Graham says he won’t endorse Donald Trump ― or anyone else ― for the 2024 Republican presidential primary.

“I’m going to stay out of it until after the primaries have finished,” Graham told CBS News, the latest in a string of evangelical leaders to announce that they’re not ready to support Trump’s campaign.

The former president isn’t happy with so many prominent onetime supporters taking a step back.

If those comments were meant as a warning to evangelical leaders, they didn’t work on Graham.

“I’m just not going to get involved in supporting this one over that one,” Graham said. “Let’s just let the people decide. And when the dust is settled, I’ll make a decision on that point.”

Graham, son of famed evangelist Billy Graham, has been a vocal Trump supporter for years, even holding a special day of prayer for the then-president in 2019 and comparing Republican lawmakers who voted for Trump’s impeachment to Judas.

In 2021, however, he knocked Trump’s age, health and diet as roadblocks to another presidential run, calling it “a very tough thing to do.”

Other leading conservative Christians have been even blunter.

“If he‘s our nominee in 2024, we will get destroyed,” Washington Times columnist Everett Piper, another evangelical who had previously endorsed Trump, wrote in November.

“You can see that it’s almost a silent majority right now,” he said.

Trump has been lashing out in response. Along with attacking evangelical leaders for “disloyalty,” he’s also gone after evangelical voters, blaming them for the GOP’s disappointing midterms.

“I thought they could’ve fought much harder during the election,” he told Real America’s Voice.

Most observers believe the real reason the GOP failed to take the Senate and underperformed in the House elections is Trump’s weak slate of hand-picked candidates chosen for their fealty to him rather than electability with the general public.