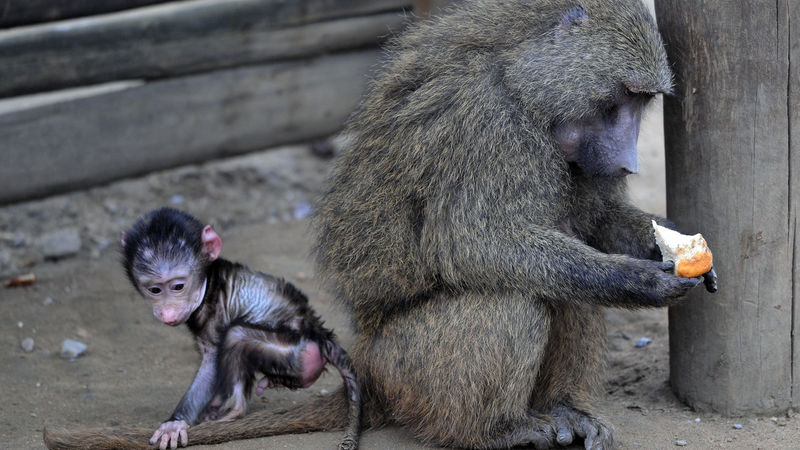 A supreme court of appeal (SCA) judgment has been described as â€œseminal achievementâ€ for freedom of speech over the right to privacy and a huge victory for animals â€œsuffering heinous acts by humansâ€.

Thatâ€™s what wildlife conservationist Dr Bool Smuts said after the SCA overturned an interdict by an Eastern Cape farmer whom Smuts had named and shamed online for killing wildlife that he viewed as vermin.

In its unanimous judgment on 10 January, the SCA found that Smuts, the founder and director of the Landmark, had the right to publish Bothaâ€™s personal details and that the right to freedom of expression trumps the right to privacy, in this case.

â€œThe right to freedom of expression in section 16 of the Bill of Rights protects every citizen to express himself or herself and to receive information and ideas. The same right is accorded to activists to disseminate information to the public,â€ wrote judge Rammaka Steven Mathopo.

For Smuts, freedom of expression as a cornerstone to constitutional democracy has won a key battle. â€œA lot of our work has been about agitation, about getting a better dispensation for wildlife and if we are hamstrung in speaking about what people do, it limits what one can do. Thatâ€™s why this case was such an important battle to fight.â€

The SCAâ€™s judgment, he said, is crucial for advocates in the conservation, animal, social, economic, political and welfare spheres, who have similarly been silenced by the powerful from speaking out on ethical issues. â€œIt shifts the groundwork,â€ he said. â€œIf the high court judgment had stood, it would have created massive problems for anybody that speaks out against not necessarily unlawful action, but unethical action.â€Â

On 23 September 2019, a group of cyclists on an adventure ride traversed the farm Varsfontein belonging to Herman Botha. Nicholas Louw noticed two cages on the farm â€” one containing a dead baboon, the other a dead porcupine â€” without shade and water. Some oranges were near the baboon.

Louw formed the view that the animals died from dehydration while trapped. â€œIncensedâ€, he took photos of the cages and sent them to Smuts. Smuts contacted Botha through WhatsApp. Botha confirmed that he had a valid permit to hunt, capture and kill the baboons, porcupines and other vermin.Â

On 9 October 2019, Smuts posted pictures of the dead baboon and porcupine on Landmarkâ€™s Facebook pages. He included a picture of Botha holding his six-month-old daughter, which he later removed. Additionally, he posted a Google search location of Bothaâ€™s business, his home address and his telephone numbers.Â

In his post, Smuts wrote: â€œWhile we spend our efforts trying to promote ecologically acceptable practises on livestock farms to promote ecological integrity and regeneration, we are inundated by reports of contrarian practices that are unethical, barbaric and utterly ruinous to biodiversity.Â

â€œThese images are from a farm near Alicedale in the Eastern Cape owned by Mr Herman Botha of Port Elizabeth, who is involved in the insurance industry. The farm is Varsfontein. This is utterly vile. It is ecologically ruinous. Mr Botha claims to have permits to do this â€” see the Whatsapp conversation with him attached.Â

â€œThe images show a trap to capture baboons (they climb through the drum to get access to the oranges â€“ often poisoned â€“ and then cannot get out). See the porcupine in traps too. Utterly unethical, cruel and barbaric.â€Â

The post generated numerous Facebook comments mostly critical of Botha and the practice of trapping animals. In turn, people who viewed the post, â€œposted slanderous and insulting commentsâ€, according to the judgment.Â

Botha obtained an interdict in the high court in Makhanda, which ordered that although Smuts was entitled to publish the photos and comment on them, the name of the farmer and its owner constituted personal information protected by his right to privacy. â€œIt held that Mr Botha established a clear right to an interdict, and his right to privacy was infringed by the publication of his personal information on Facebook,â€ Mathopo said.

The right to privacy, Mathopo said, is a fundamental right that is protected under the Constitution, but â€œas a person moves into the world of communal, business and social interaction, the scope for the exercise of the right diminishesâ€.

The right to privacy is not sacrosanct and must be balanced with the rights of other citizens. â€œAlthough this case dealt with the rights of the media to disseminate information and ideas, the remarks of the court apply with equal force in respect of activists like Smuts who have views to advance that are relevant to public debate about the treatment of animals â€¦ It is in the public interest that divergent views be aired in public and subjected to scrutiny and debate.â€Â

Bothaâ€™s personal information was already in the public domain, Mathopo said. â€œHis ownership of the farm Varsfontein is a matter of public record in the Deeds Registry, his name and occupation as an insurance broker, along with his Port Elizabeth address had been published on the internet by Mr Botha himself thus, his right to privacy was not infringed.â€

His practises of animal trapping, too, were already in the public domain. â€œHis discomfort that these practises formed the subject of Mr Smutsâ€™ critical posts did not render the information he had made public, now private.â€Â

It is conceptually flawed that such information can remain private when it has been made public by Botha himself. â€œThe fact that he is a commercial farmer who uses animal traps is not a matter that he should keep private at all. There is no suggestion in the posts that Mr Botha is acting unlawfully.Â

â€œWhat the posts asserted is that he is acting unethically and thus the public have a right to know of such practises. The purpose of the public debate is to say things that others find different and difficult. Public debate does not require politeness. What Mr Botha seeks to do is to unjustifiably limit Mr Smutsâ€™ right to freedom of expression and his entitlement to make a fair comment on the facts that are true and related to matters of public interest.â€

Smuts had a right to expose what he considered to be the cruel and inhumane treatment of animals at Bothaâ€™s farm. â€œThis was a fair comment and the public interest is best served by publicising the truth rather than oppressing it.â€Â

The high court had erred in asking whether Smuts could have exercised his right to freedom of expression with greater restraint so as to afford Mr Bothaâ€™s right to privacy greater protection. â€œThat is not the correct way to look at the matter. A court should not act as a censor to determine how best persons might speak.