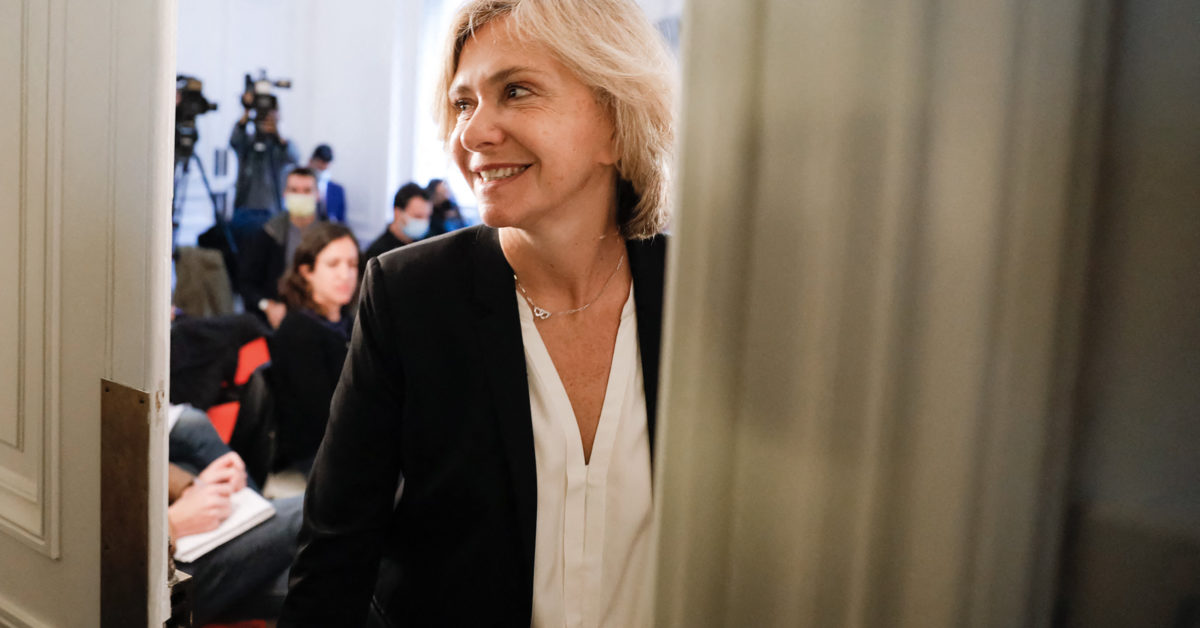 PARIS â€“ ValÃ©rie PÃ©cresse has just been chosen as her partyâ€™s first female presidential candidate, now she faces an even bigger challenge: gearing up to beat Emmanuel Macron in Aprilâ€™s election.

The former minister and current head of the Paris region won the primary of the center-right Les RÃ©publicains party with 61 percent of the vote Saturday, beating hardliner Eric Ciotti.

The pro-business moderate who held two ministerial posts under former President Nicolas Sarkozy, hunts on many of the same grounds as the incumbent. She offers a modern brand of conservatism that is liberal on economics, but tough on law and order.

PÃ©cresse however joins a crowded cast of candidates on the right and with the first rally of her conservative party cancelled due to a resurgence of COVID-19, she will have to work hard to gain momentum.

â€œIâ€™ve got good news,â€ she told a gathering of conservative supporters, â€œthe Republican right is back, the right [that stands up for] its beliefs is back and France cannot wait any longer.â€

PÃ©cresse, 54, pledged to give â€œher all, her force and her determinationâ€ to lead the party to victory.

The EUâ€™s former Brexit negotiator Michel Barnier and Xavier Bertrand, head of the Hauts-de-France region and once seen as a favorite in the race, both lost in the first round of voting.

With immigration and security top issues ahead of the election, party insiders hope the strong showing of Ciotti may also retain voters who might desert the party for the far right.

Currently, opinion polls suggest PÃ©cresse would get 10 percent of the vote in the presidential election compared to 24 percent for Macron, 19 percent for Marine Le Pen and 14 percent for the far-right provocateur Eric Zemmour, according to POLITICOâ€™s poll of polls.

On Saturday, PÃ©cresse laid into Macron as a politician lacking conviction.

â€œBetween the incumbent and myself, there is more than a difference of political line, there is a difference of character,â€ she said. â€œHe has only one ambition, to please, whereas I have only one passion, to get things done.â€

Despite being a career politician, PÃ©cresse also has the advantage of being a fresh face in the race at a time when mistrust of politicians remains high in the wake of the Yellow Jackets protests during Macronâ€™s mandate.

PÃ©cresse has described herself as â€œone-third Thatcher, two-thirds Merkel.â€ She has pledged to rise the retirement age to 65 and cut thousands of public-sector jobs if she is elected president. She has also â€“ like most candidates on the right â€“ become more hardline on immigration, reflecting the influence of the far right on mainstream parties. She promises to â€œrestore French prideâ€ and defend â€œfamily values.â€

As head of the regional government in ÃŽle-de-France, which includes Paris, she can claim first-hand executive experience, running a tight budget and confronting social problems in impoverished Parisian suburbs. She served as budget minister and higher-education minister under Sarkozy.

PÃ©cresse faced an immediate attack from Le Pen, who described her as the â€œmost Macron-like candidateâ€ in the RÃ©publicainsâ€™ primary.

â€œShe has exactly the same profile as Macron and agrees with him on so many issues,â€ said Le Pen on French TV channel BFMTV. â€œIâ€™m sad for [conservative] voters â€¦ but they can always join my campaign, where they will find an unashamed defense of the nation.â€

With the defeat of the Ciotti, hawkish voters might be inclined to leave the for Le Pen who has refashioned her National Rally party as more mainstream in recent years.

But within Les RÃ©publicains, some think Ciotti â€“ who obtained 39 percent of the run-off vote â€“ has been strengthened. They hope he will play a strong role in the campaign.

â€œCiotti can block Zemmour and Le Pen on rightist issues, whereas [PÃ©cresse] has a rhetoric that appeals to business leaders and high earners, a conservative base that has been taken by Macron,â€ said an adviser to party leader Christian Jacob in POLITICOâ€™s Paris Playbook on Friday.

â€œThis result would be the best outcome for PÃ©cresse, because Ciotti will be able to shore up the right wing of the party,â€ said the advisor before the results were unveiled.

PÃ©cresse barely has time to celebrate before she faces her first challenge. On Sunday, Zemmour is holding his first rally after he announced his candidacy earlier this week. The former journalist has mounted scathing attacks on career politicians and itâ€™s unlikely he will spare her at a gathering that was timed to overshadow the primary of the conservative party.

In a letter released on social media on Saturday, Zemmour appealed to voters who had backed Ciotti to join his movement and drop â€œindecisive politicians (â€¦) who have given up or turned their coats in recent decades.â€